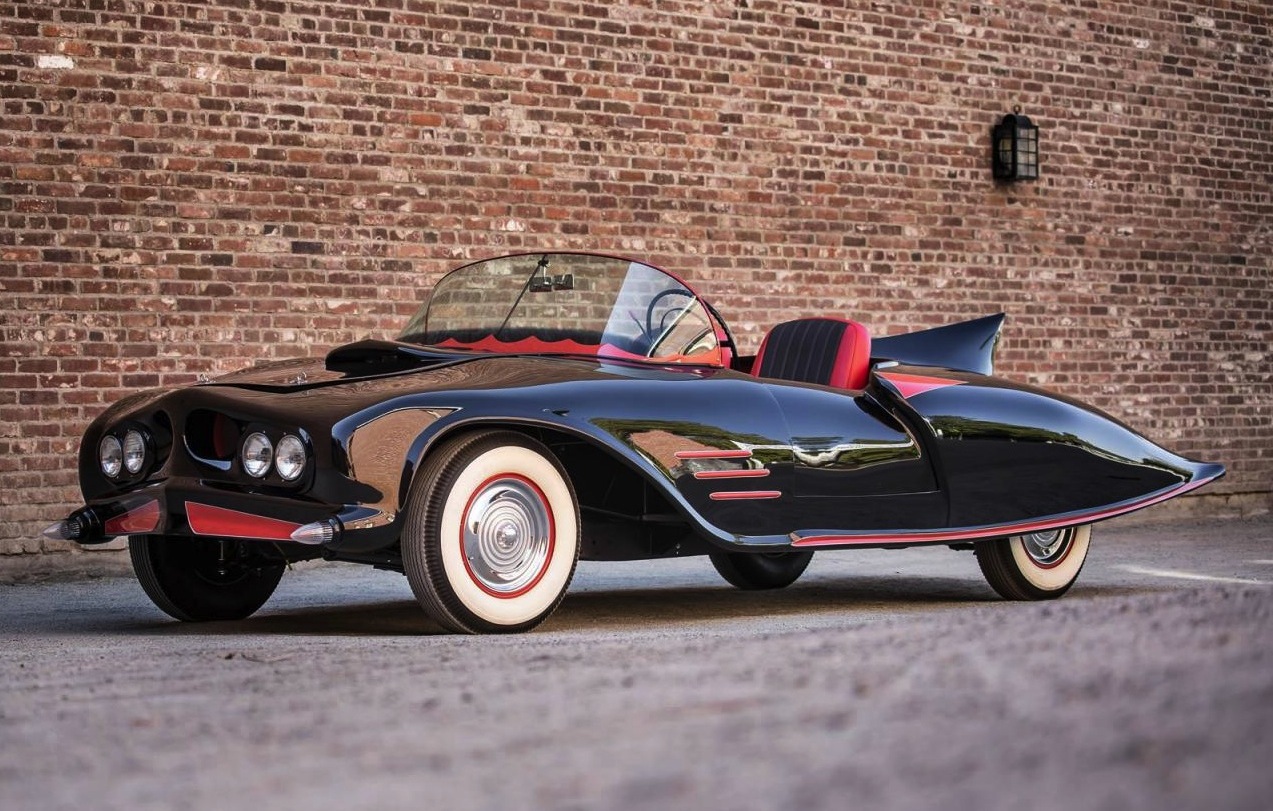 It could very well be the synopsis of a charming automotive fairy-tale. After several years of outright abandonment, the first officially licensed Batmobile is ready to return to eternal glory. Thanks to intensive restoration, the Gotham knight’s bolide has cast off the heavy cloak of desolation and once more donned its distinctive suit in sleek ebony and scarlet. On December 6, the renewed classic will go under the hammer at Heritage Auctions at an opening bid of US$90,000. 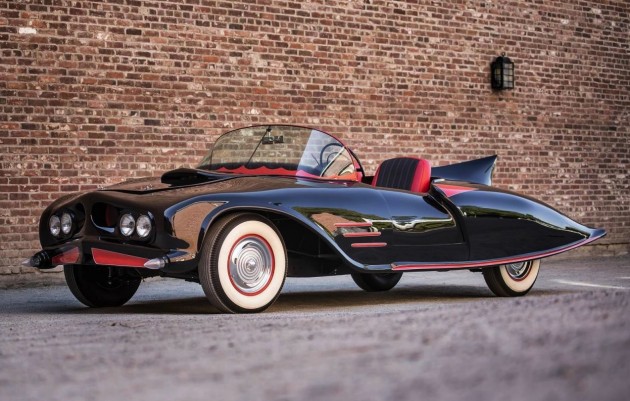 When DC Comics executives finished stripping and redressing a 1956 Oldsmobile 88 in 1963, they could probably never predict the emotional and decade-long rollercoaster that their wheeled baby was about to jump on. Just three years later, DC Comics licensee ALL STAR Dairies rented the vehicle and applied some extra pencil strokes, thus creating the first Batmobile. Unfortunately, though, its tour across the Eastern United States ended in early retirement. Soon, the gates towards everlasting decay seemed wide open as Batman’s beauty found itself relinquished and rust-ripe in a desolate New Hampshire field.

That is usually the moment when the Fairy Godmother enters the scene. This story followed exactly the same pattern, although it took numerous decennia before the plot twist finally happened. In 2008, a fellow named Bobby Smith freed the dirt-crusted carcass, which was sold to a Chicago dealer before becoming the exclusive property of auto historian George Albright. His accurate research could reunite the Batmobile with the original builders. What followed was not Prince Charming, but still a promising prologue to a happy ending.

In February 2013, Toy Car Exchange LLC purchased the rising star, which thereupon met the Californian restorer Borbon Fabrications on his Dickensian trip from field to fame. One year of comprehensive work resulted in a magnificent appearance at Sacramento Autorama, where the magnum opus instantly won a gold medal as the most beautiful manually crafted sports vehicle.

In case you have run fable-wise to the end of the rainbow and retrieved a treasure worth $90,000, you may want to save it for another mouth-watering treat. After all, Heritage Auctions expects the hammer to hit the desk at a staggering $500,000. Either way, we hope that both car and future owner will live happily ever after. Head over to the Heritage Auctions website for more information.

A very rare Toyota 2000GT will go up for auction in the USA next month, honed by none other than...