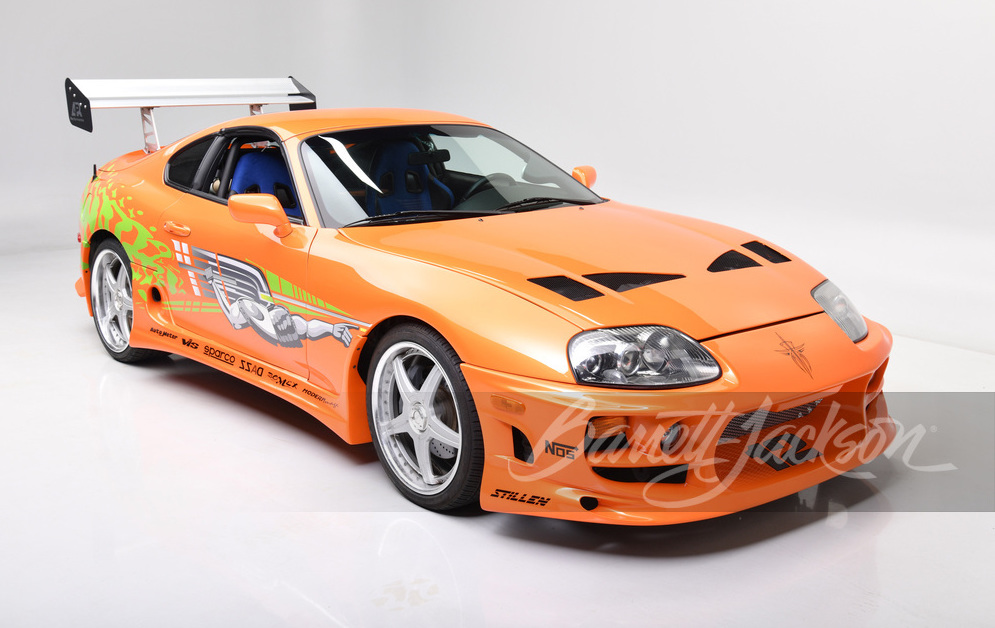 The fourth-generation A80 Toyota Supra is already a highly desirable car, so how much will Paul Walker’s screen-used Toyota Supra from the Fast & Furious franchise go for at auction? 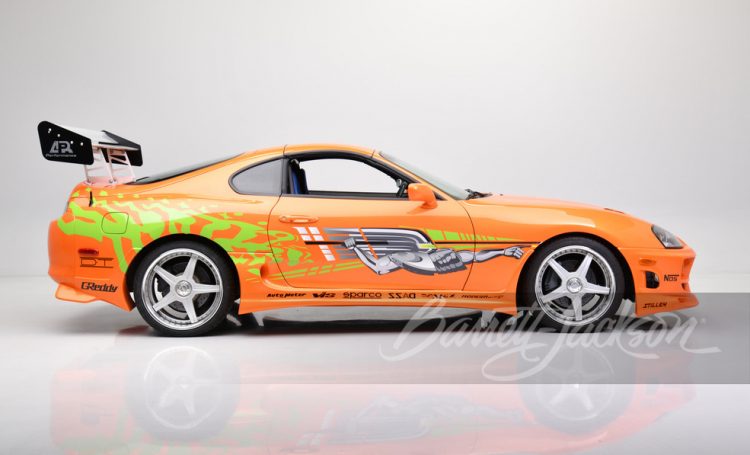 That’s the question Barrett-Jackson auctions is asking with Lot #744. A one-of-a-kind Supra, used in two of the Fast & Furious movies, is going up for auction in Las Vegas next month. The car was used in the first and second movies, and was repainted gold for 2 Fast 2 Furious, and eventually restored to its bright orange finish from the original film by Eddie Paul.

Piloted by the late actor, Paul Walker, this one-of-a-kind auction may well break the record for the most expensive Toyota Supra ever sold, considering the fate of the actor and iconic status of the film.

It’s powered by a 3.0-litre turbocharged inline-six ‘2JZ’ engine, mated to a four-speed automatic transmission masquerading as a manual transmission to appease the more attentive viewers of the film. 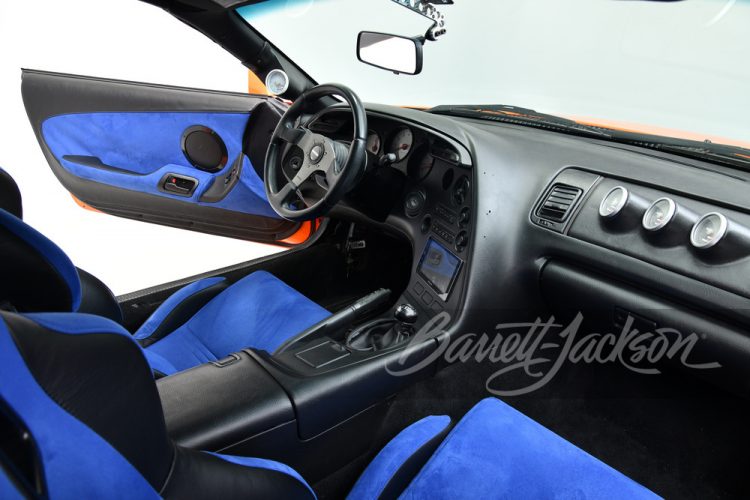 Barrett-Jackon says the car was driven by actor Paul Walker in the first entry in the ‘Fast Saga’, and was used for multiple interior and exterior shots. That’s according to the extensive documentation that accompanies the car, complete with a certificate of authenticity.

The restoration to the form of the first film also included a Bomex front splitter and side skirts, TRD-style hood, aluminium APR rear wing, and 19-inch Dazz Motorsport Racing Hart M5 Tuner wheels. Head over to the Barrett-Jackson listing for more details.