BMW Australia has revised pricing and standard features for the current generation BMW 3 Series Coupe and Convertible. Models are now available with added extras and, in some cases, reduced prices. 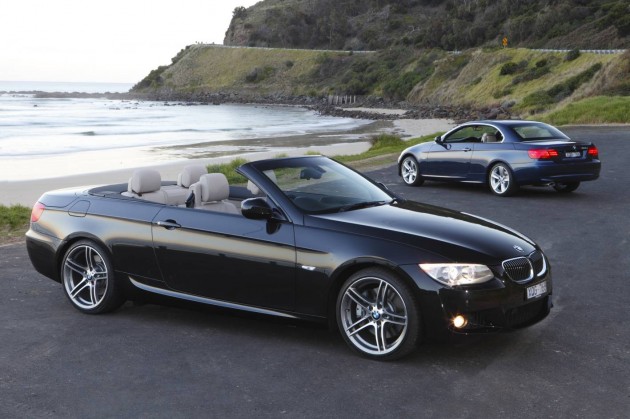 Kicking off with the BMW 320d Coupe and Convertible. Although the price has been increased $3000, BMW has thrown in 17-inch alloy wheels, Navigation System Business, adaptive headlights with high-beam assist, a keyless entry system and push-button start, all adding up to $4200 in options. Prices start at $69,500 for the Coupe and $82,500 for the Convertible.

Stepping up the model variant ranking ladder, the BMW 325i Coupe and Convertible prices are unchanged – $80,850 and $94,600 respectively – however there is added features thrown in valued at $7280. Added equipment includes 18-inch alloy wheels, Navigation Package Professional, adaptive headlights with high-beam assist, and anti-dazzle side mirrors.

Next up in the range, the BMW 330d turbo-diesel Coupe and Convertible now come with $3970 in added value, despite an initial price hike of $2000. The range now comes with 18-inch alloy wheels, Navigation Package Professional, adaptive headlights, Harman Kardon sound system, and anti-dazzle side mirrors as standard.

Lastly, the BMW 335i M-Sport, the most powerful and high performance 3 Series this side of the M3. Prices have been cut by $5150 for the Coupe and $5300 for the Convertible. The flagships also get added extras including a Harman Kardon Sound system and anti-dazzle side mirrors. Prices start at $108,600 for the M-sport Coupe, and $121,600 for the M-Sport Convertible. 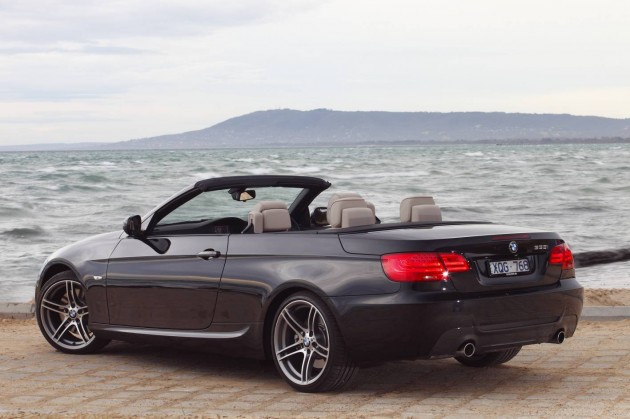 Speaking with BMW Australia about the next-generation F30 3 Series coupe and convertible, PerformanceDrive has learned that they aren’t likely to arrive in Australia until early next year.

There has been reports and rumours suggesting the new models will be called the 4 Series, however, BMW’s product communications manager Scott Croaker told us no official confirmation has been made on that at this stage.

Like the 5 Series coupe and convertible is called the 6 Series, and the old 7 Series coupe was called the 8 Series, there certainly is tradition there for the new 3 Series two-door models to be badged as the 4 Series. We’ll have to wait until later in the year for official confirmation though.