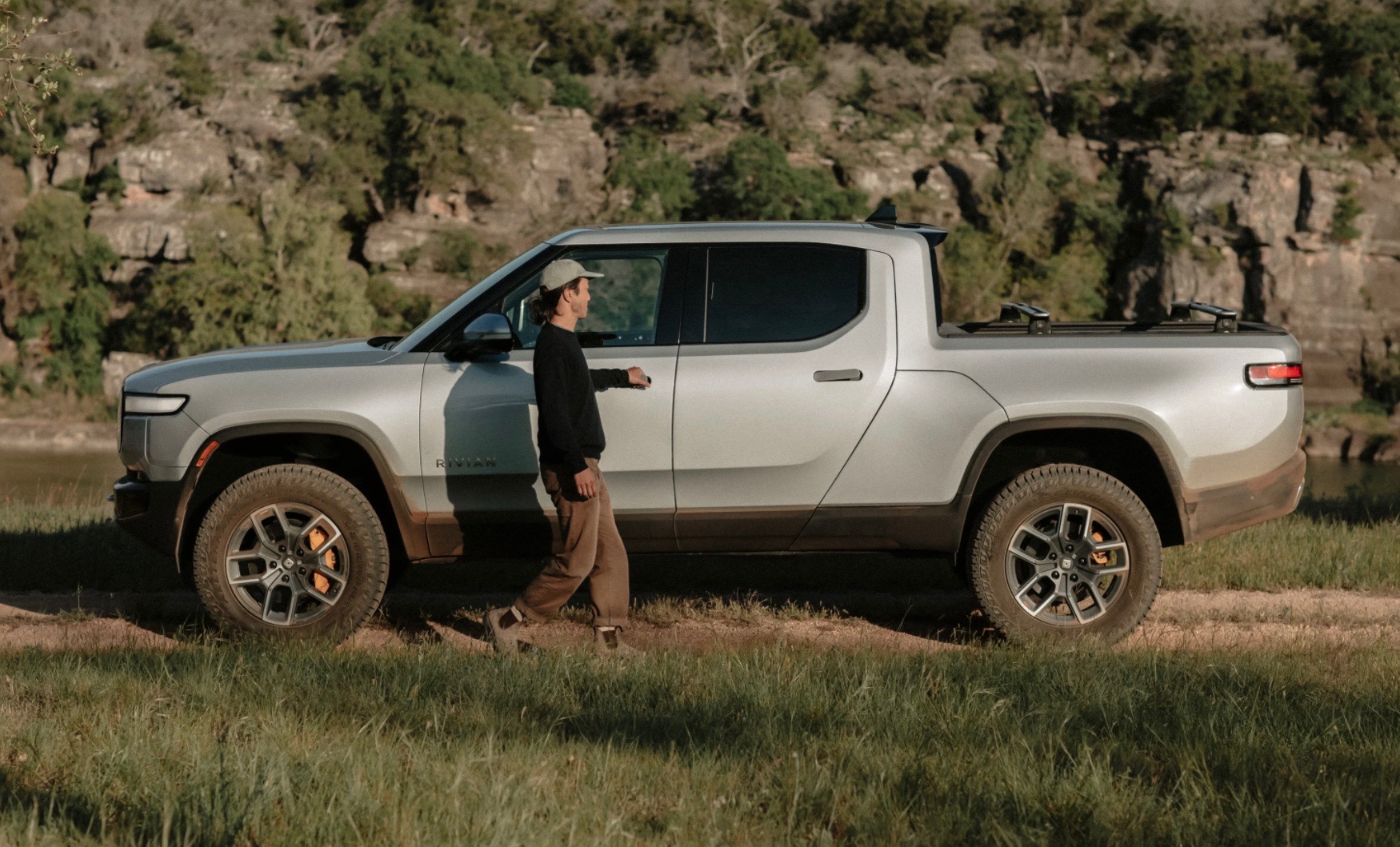 American company Rivian has spilled the beans on the all-important capacities and key dimensions for its upcoming R1T all-electric ute, which looks set to tread the line between massive and mid-size (large by Australian standards). 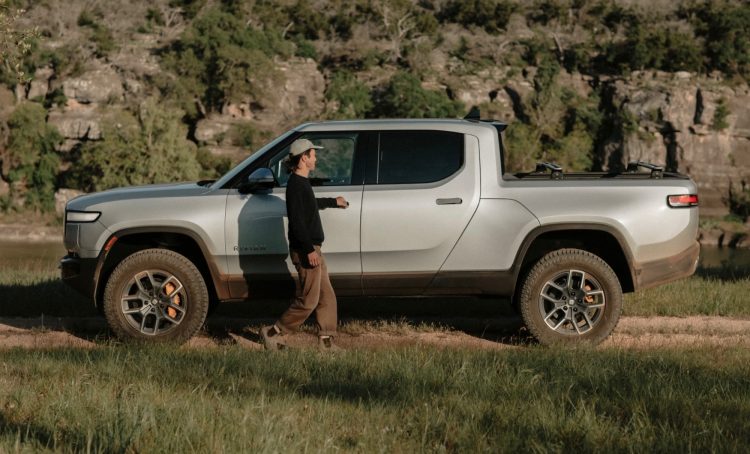 Rivian is a relatively young company which was founded in 2009, and in 2017 announced that it would be producing both an all-electric SUV and pickup truck.

More recently, the company made headlines after it announced it would package its ute and SUV offerings with a 281,000km warranty for its battery and powertrain componentry. Now, though, the company is on a nation-wide promotional tour to stir up pre-order excitement for its R1T ute, and has released some key specification information to get buyers excited. 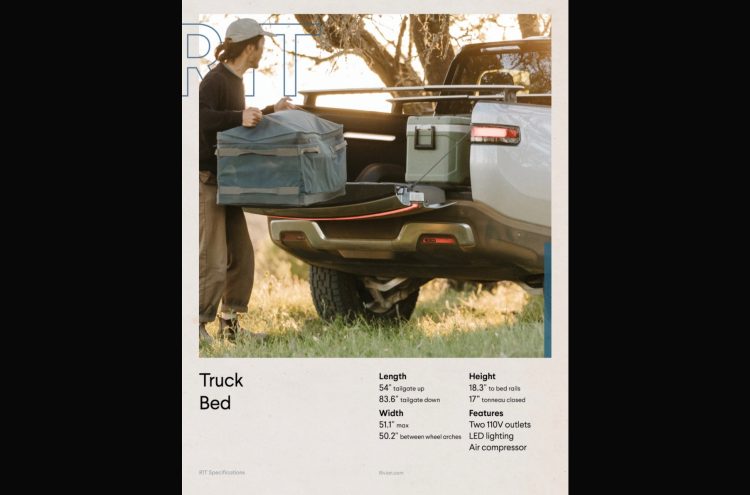 Rivian says that it is focussed on making the all-electric R1T big enough to comfortably seat five, but small enough so it can fit into a normal-sized garage. The R1T officially measures in at 5510mm long, 2080mm wide, and anywhere between 1830-1990mm tall, depending on the suspension setup. That’s 180mm longer than a HiLux, 225mm wider, and at least 15mm taller but up to 175mm taller.

The company says that settling for the middle-ground between monster truck-sized and mid-sized allowed for “a sweet spot” between various attributes including interior space, tray bed dimensions, enclosed storage volume, vehicle dynamics and everyday usability.

Rivian says the R1T offers up to 380mm of ground clearance, and towing capacity of more than 4989kg, meaning the company is promising one extremely capable workhorse. 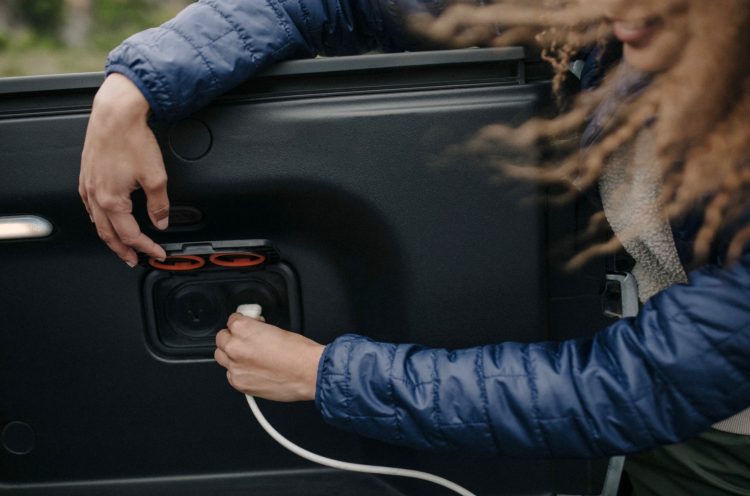 Rivian says the bed of the ute tray measures in at 1370mm long by 1280mm wide and is 430mm deep. The tray has also been fitted with two 15-amp outlets. Under the tray, which has been lined with a corrosion and scratch-resistant layer, there is a full-sized spare tyre, as well as an air compressor pumping out 150psi.

There is also 311L of storage in the front under the bonnet, as well as a neat storage stash between the tray and the cabin in what Rivian calls its ‘gear tunnel’. It also has LED lights and another power outlet. 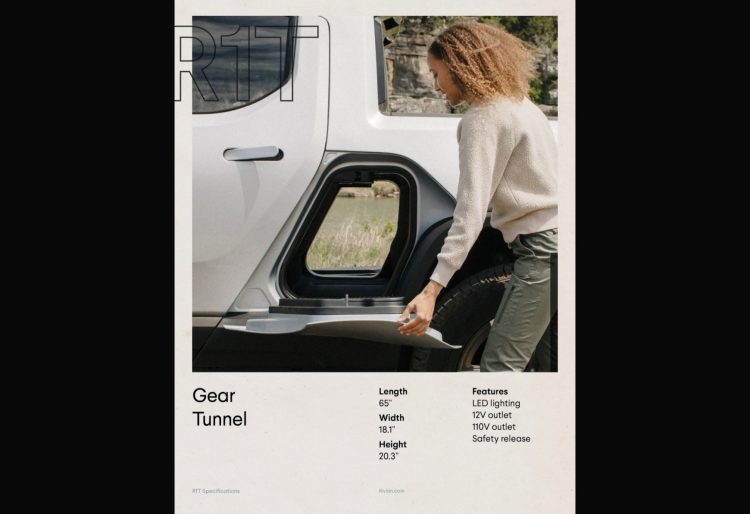 In terms of battery packs and range figures, the R1T lineup is expected to be offered in three variants, with batteries of 105, 135 and 180kWh capacity. Rivian says on its website that the Launch Edition’s 135kWh pack will be good for 482km range, while the 180kWh item brings this figure up to 643km.

First deliveries of the Launch Edition R1Ts are slated for next month, with mass production gearing up for the start of 2022. The last we heard Rivian was planning to offer the R1T and the R1S SUV in Australia at some point.

Rivian is based in California, with a major manufacturing centre in Illinois and smaller facilities in Michigan, Arizona, Vancouver and the UK. The company looks as though it is on a hiring binge, with more than 1521 job openings across the US, Canada and UK listed on their careers page, which is a good sign it is expanding with production demands.