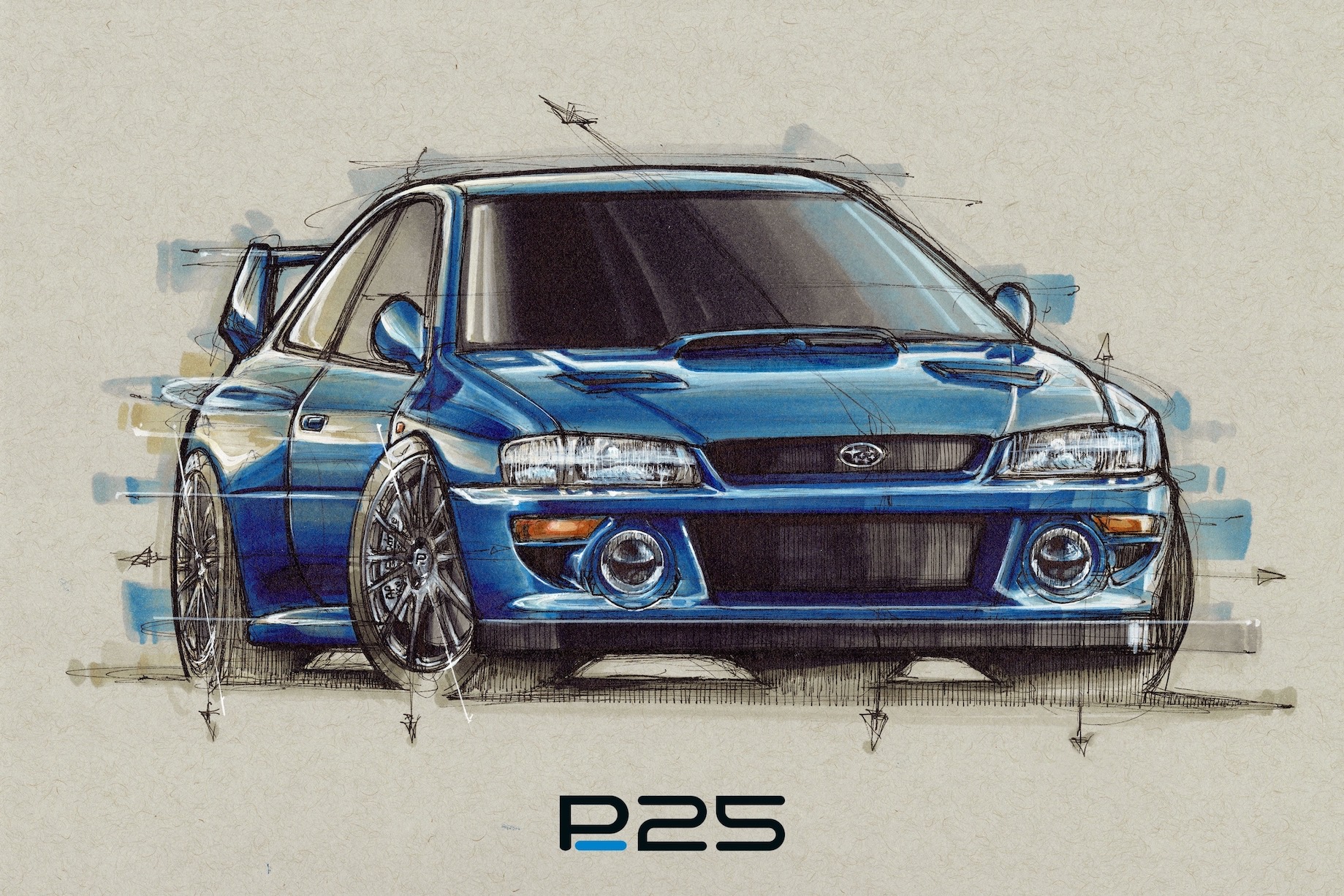 Incredibly exciting news for rally enthusiasts and admirers of the iconic Subaru WRX, as Prodrive has confirmed that a high-tech spiritual successor to the WRC-conquering Impreza 22B STI will be making its way to the Goodwood Festival of Speed in June. 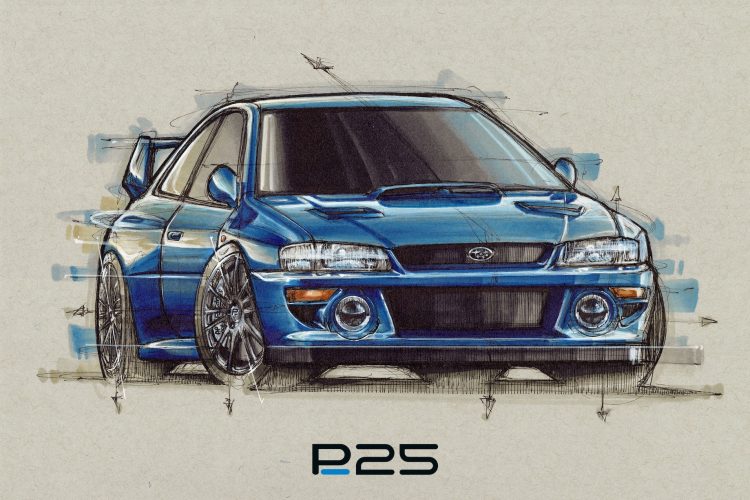 It’s known as the P25 and, best of all, Prodrive says that it will be creating a limited run of 25 cars for all those die-hard fans. It has been released to celebrate 25 years since the first Subaru Impreza made its winning debut in the WRC with the 22B Impreza.

While Prodrive is yet to spill all the beans, we do know that under the bonnet there will be a 2.5-litre turbo flat-four boxer engine producing “in excess” of 298kW, paired with a six-speed semi-automatic paddle-shifter gearbox.

Compared with the original 22B STI, which produced 206kW of power and 363Nm of torque from its 2.2-litre flat-four boxer engine, the P25 receives a 92kW upgrade and an unknown torque boost.

The P25 will ride on a lightweight chassis that features a heap of carbon fibre to optimise body rigidity, while the styling package is effectively identical to the original 22B Impreza STI thanks to Prodrive reaching out to the original Impreza WRC’s stylist, Peter Stevens.

Importantly, Prodrive has ensured that the P25’s engineering has been overseen by the same man that was in charge back in 1998, with Prodrive’s technical director, David Lapworth spearheading the engineering.

Other than that, Prodrive is remaining tight-lipped ahead of its official debut in late June at the Goodwood Festival of Speed where, hopefully, it will take on the iconic hill climb.

For those in need of some context, Prodrive is one of the UK’s most influential motorsport groups that has created race cars for the World Rally Championship, Dakar, numerous Rallycross creations and even Formula One cars. Prodrive’s chairman, David Richards, said:

“The original 22B Impreza is considered the most iconic of Subarus and highly sought after. We wanted to enhance everything that made the car so special by applying the very latest technology to create our own modern interpretation of a car that’s established a place in motoring history.”

The company is yet to confirm prices for the extremely limited production run, however, considering the pedigree of the manufacturer and demand for cars like the 22B STI, we’d expect the P25 revival won’t come cheap.