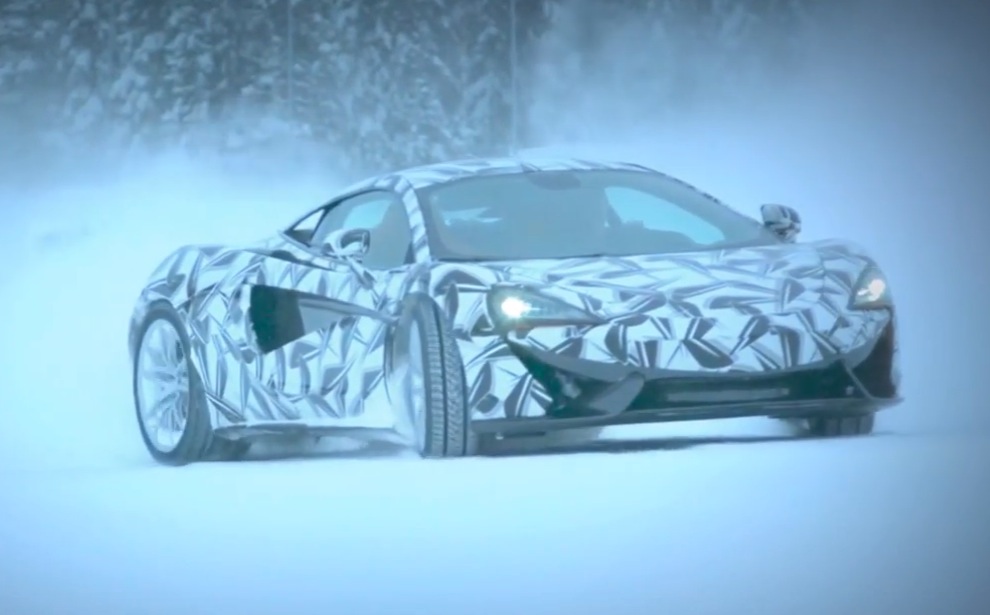 Following on from the official unveiling of the McLaren 570S, a video showing McLaren test drivers giving two prototype test mules the full beans has hit the ‘Tube to give us a glimpse not only into how it sounds, but how it performs… on snow and tarmac. 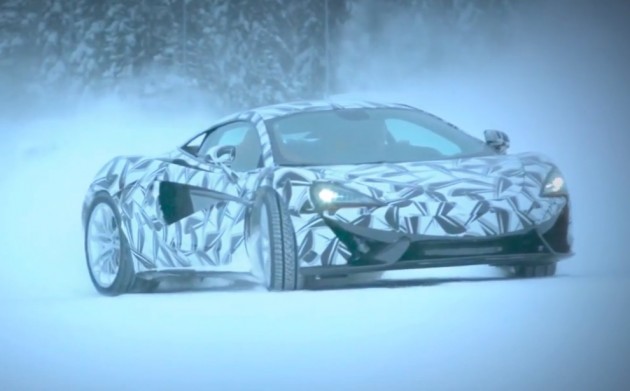 The 570S becomes part of the Super Series family, and uses the same M838TE 3.8-litre twin-turbo V8 found in all of McLaren’s other current models. The 570S’s engine features a bespoke tune, punching out 419kW and 600Nm.

The McLaren 570S is set to land on Australian shores some time later in the year. Pricing and local specifications are yet to be announced. Click play below for a demo.