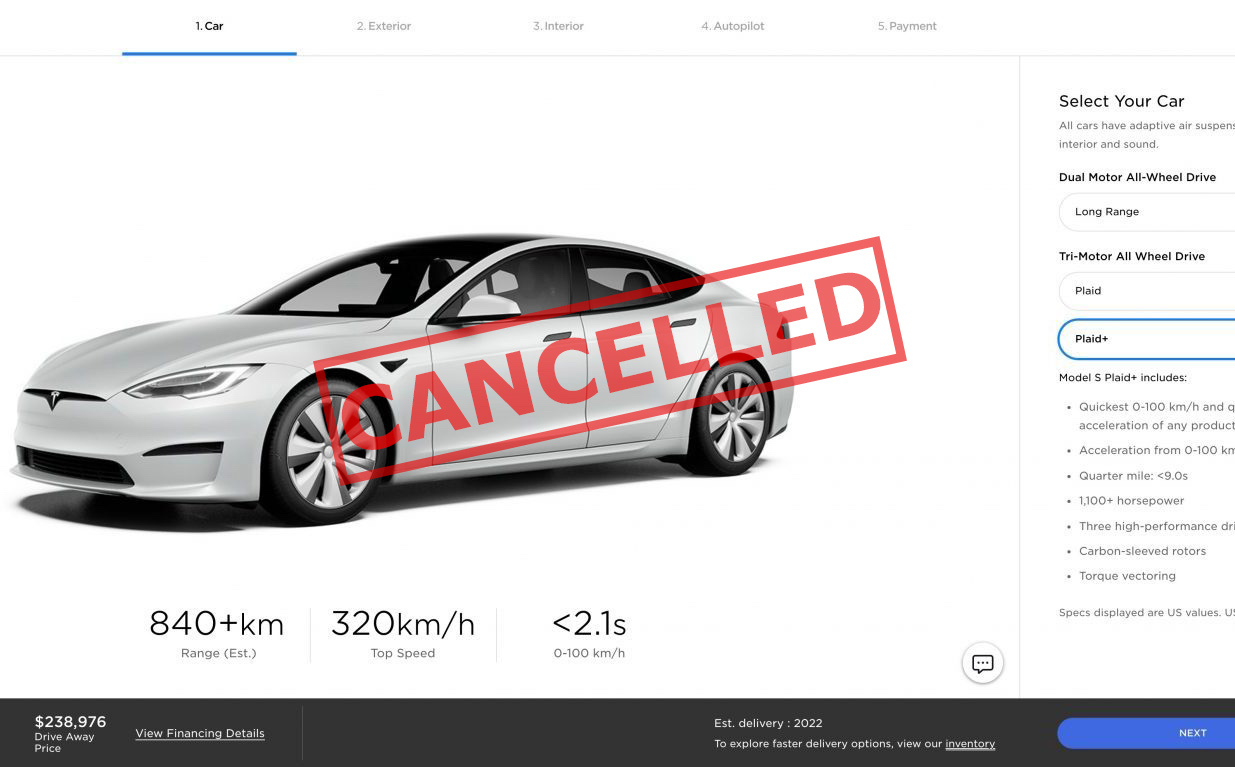 Elon Musk has once again taken to Twitter to break the hearts of fans and shareholders alike, announcing the cancellation of a highly-anticipated long-range, higher-performance version of the Model S, the Plaid+.

The Plaid+ was first announced as the longest-range Model S, promising more than 840km of range over the standard Plaid’s 630km range figure. Tesla has been taking deposits for the Plaid+ for months now, which will be refunded to those who had placed a pre-order. Musk took to Twitter stating that “Plaid+ is canceled. No need, as Plaid is just so good.”

Plaid+ is canceled. No need, as Plaid is just so good.

The Plaid was set for a June 3 unveiling, which has now been pushed back to June 10, and is expected to be priced from AU$145,000. The Tesla Model S Plaid edition is set to feature a three-motor configuration over the standard car’s two-motor setup, promising more range and even more power. 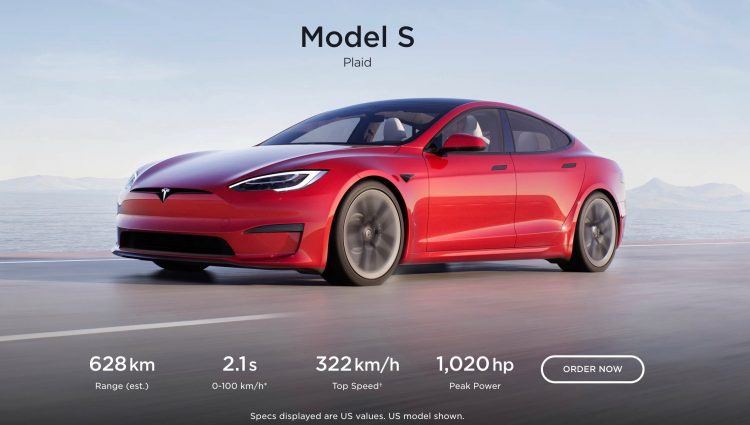 The Plaid features an all-new battery pack containing 4680 lithium-ion cells that are said to offer five times more energy density than the previous pack, and offer 14 per cent more range. The new packs are also packaged within the structure of the chassis, which is said to offer a 10 per cent weight reduction and a much simpler production method than the previous pack.

Some in the industry are speculating that the reason for the cancellation goes much further than Musk is alluding to, with battery components in short supply and reported production delays within Tesla itself also likely to contribute.