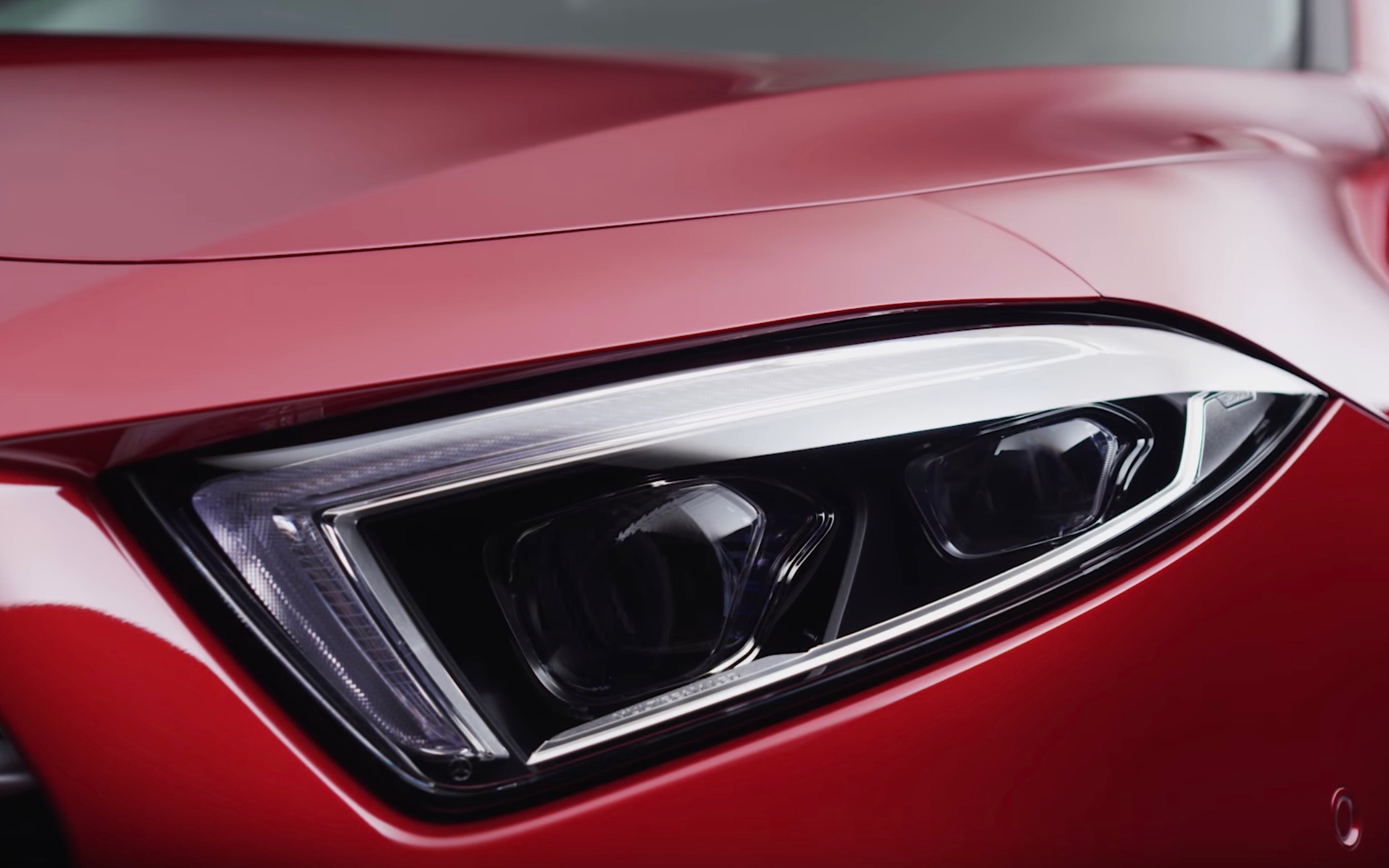 Another teaser of the all-new Mercedes-Benz CLS has been handed out. This time in video form, showing us some details of the body design including the iconic swooping roofline. 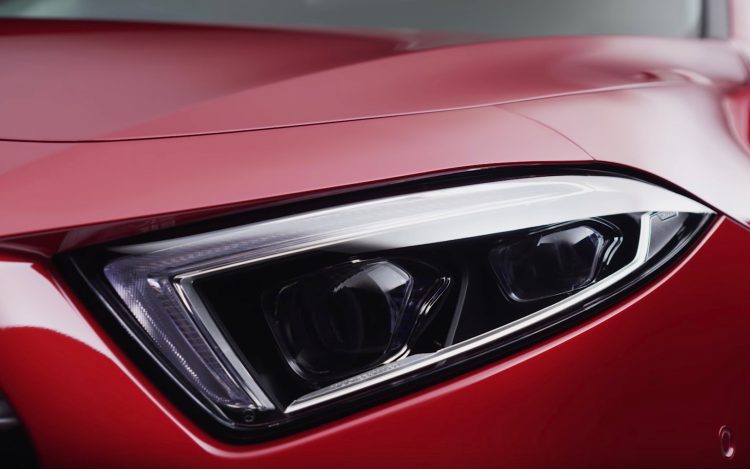 The video shows us glimpses of the all-new body and some fixture details, and it confirms the CLS will remain a four-door coupe model. By the looks of the side profile shot (at end of video), the roofline remains very slippery but the front and rear ends seem to have bulked up a bit, with squared-off panel edges.

At the front is an almost vertical nose that is pitched forward at the top, compared with the outgoing model, while the grille adopts the fashionable black diamond mesh with a single-tier slice through the middle. There’s also some smart new multi-beam LED headlights.

Around at the back you’ll notice a neat integrated spoiler in the boot panel with sophisticated LED taillights. The rear doors appear to be taller and the roofline looks like it extends further back than the outgoing model. This could open up more rear seat space, with a two-seat layout likely to continue in the back.

Plenty of cool new technologies are expected inside, including a fully digital dash with twin wide-screens; one for the driver and one for the main media interface. We can also expect things like higher-end options not usually offered in the E-Class but seen in the S-Class, such as super-soft leathers and massage seats.

The biggest change we’re all expecting is the introduction of Mercedes’s new engine family, most notably the M256 inline six. This new engine is a twin-turbo unit that produces 300kW and 500Nm in standard form, and comes with a 48V power supply. A new sub-AMG model is expected, going by the name ‘AMG 53’, with more power.

We’ll be sure to cover all of the details in the full reveal, which is scheduled for November 29. Take a peek below for some idea of what to expect.