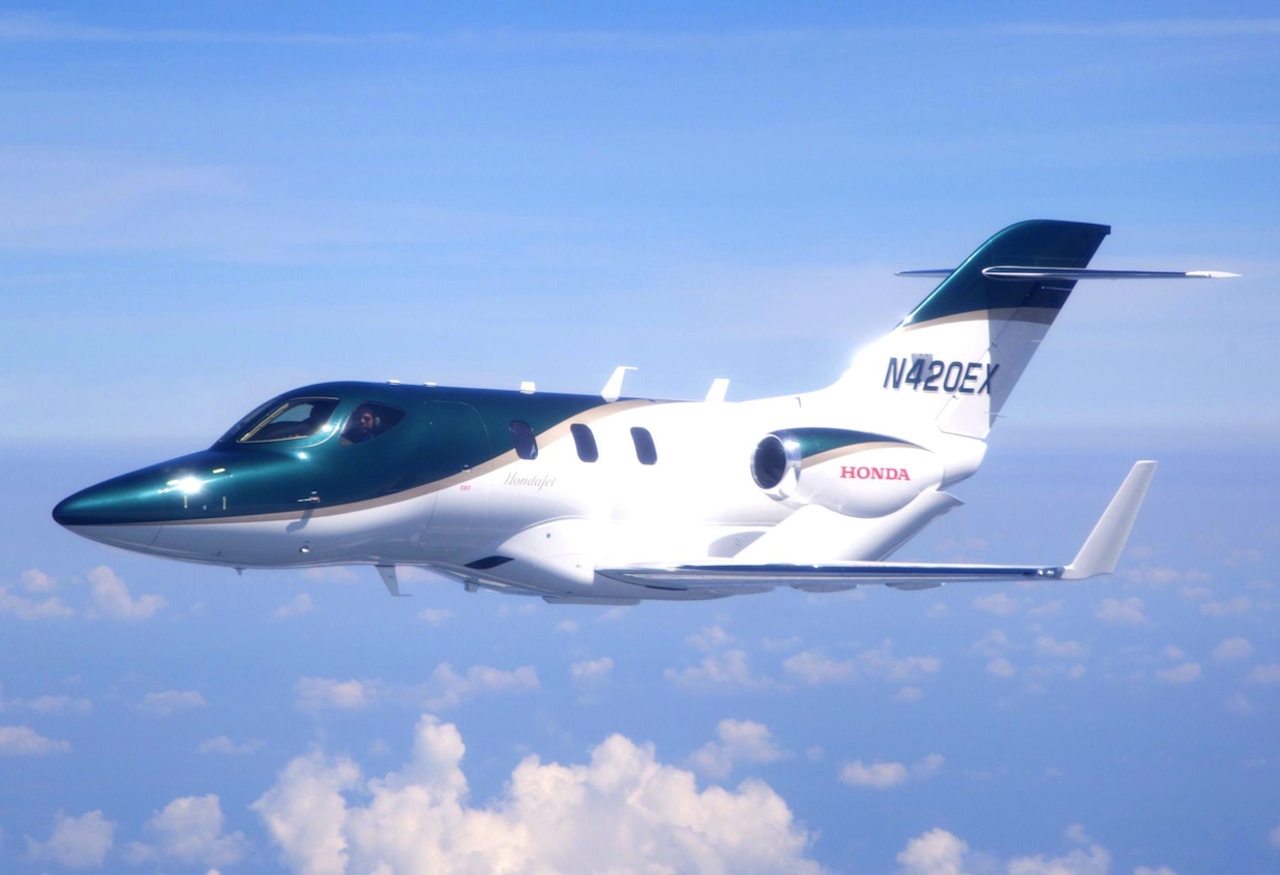 After much speculation and seven years of development, Honda has finally launched its five-passenger HondaJet. 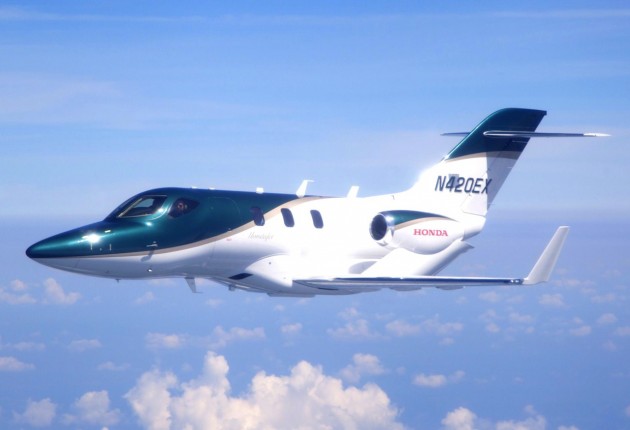 Last week the first production HondaJet flew amongst the clouds, high above the state of North Carolina.

Honda’s first jet is expected to be certified by the Federal Aviation Administration (FAA) soon, with plans to begin services in North America and Europe in 2015. 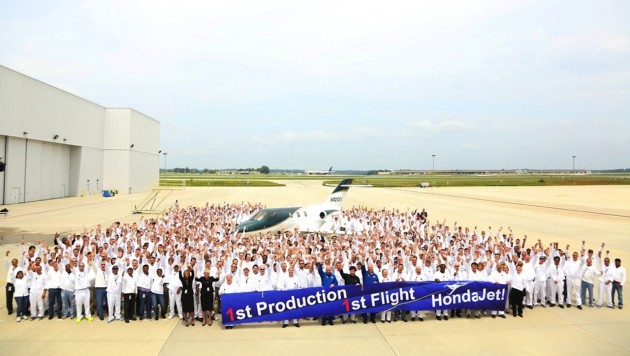 “With this first flight, the program has entered an exciting phase as we prepare for delivery. Today’s celebration is the culmination of extensive engineering and production efforts, and this is an important achievement in bringing the world’s most advanced light jet to market.”

If you’re a car buff with a wad of spare cash, you could certainly do worse than arming your car collection with a jet plane built by the manufacturer who brought us the NSX.