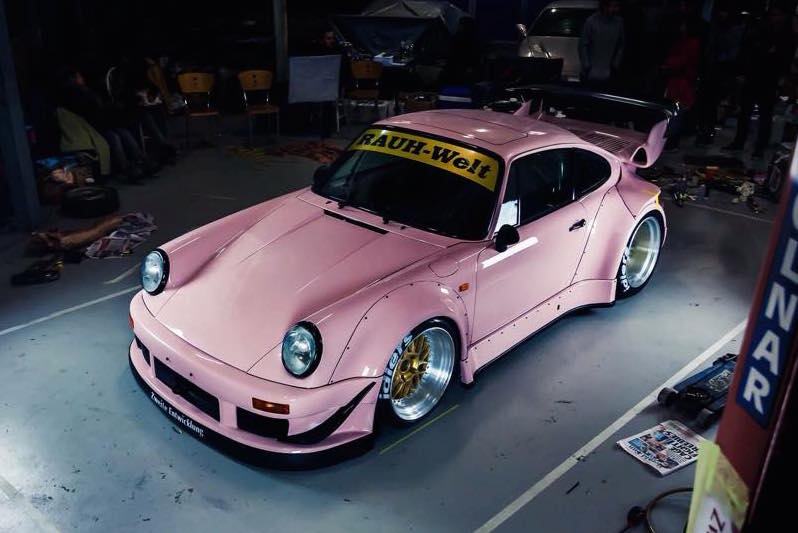 Those who known their Porsche tuners will instantly recognise RWB (Rauh-Welt Begriff) and its work. An example is being built in Australia, inspired by the Porsche 917K Pink Pig from Le Mans racing. 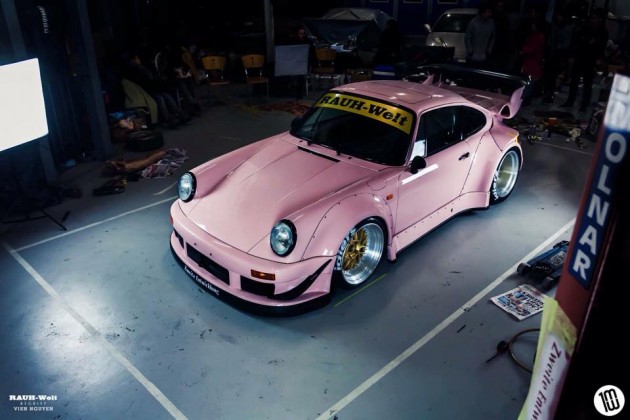 RWB has landed in Australia, in Melbourne, and to mark the occasion this 964-based 911 is being built to typical RWB standards and style. It features the mother of all wide-body bodykits with custom wheel arches and a huge rear spoiler, with retro racing deep dish wheels.

Covering the panels is the iconic pink colour scheme that was used on the 917K Le Mans car. The racer was developed by SERA, a French aerospace company that helped honed the aerodynamics of the car 917. As a result, the particular 917K looked like a pig and was painted appropriately, complete with typical German pork cuts marked out on the bodywork.

It’s unknown if RWB will go as far as marking out the meat cuts on the body, but it is certainly sticking with the pink pig-like colour scheme. More info can be found at the official RWB Australia Facebook page.