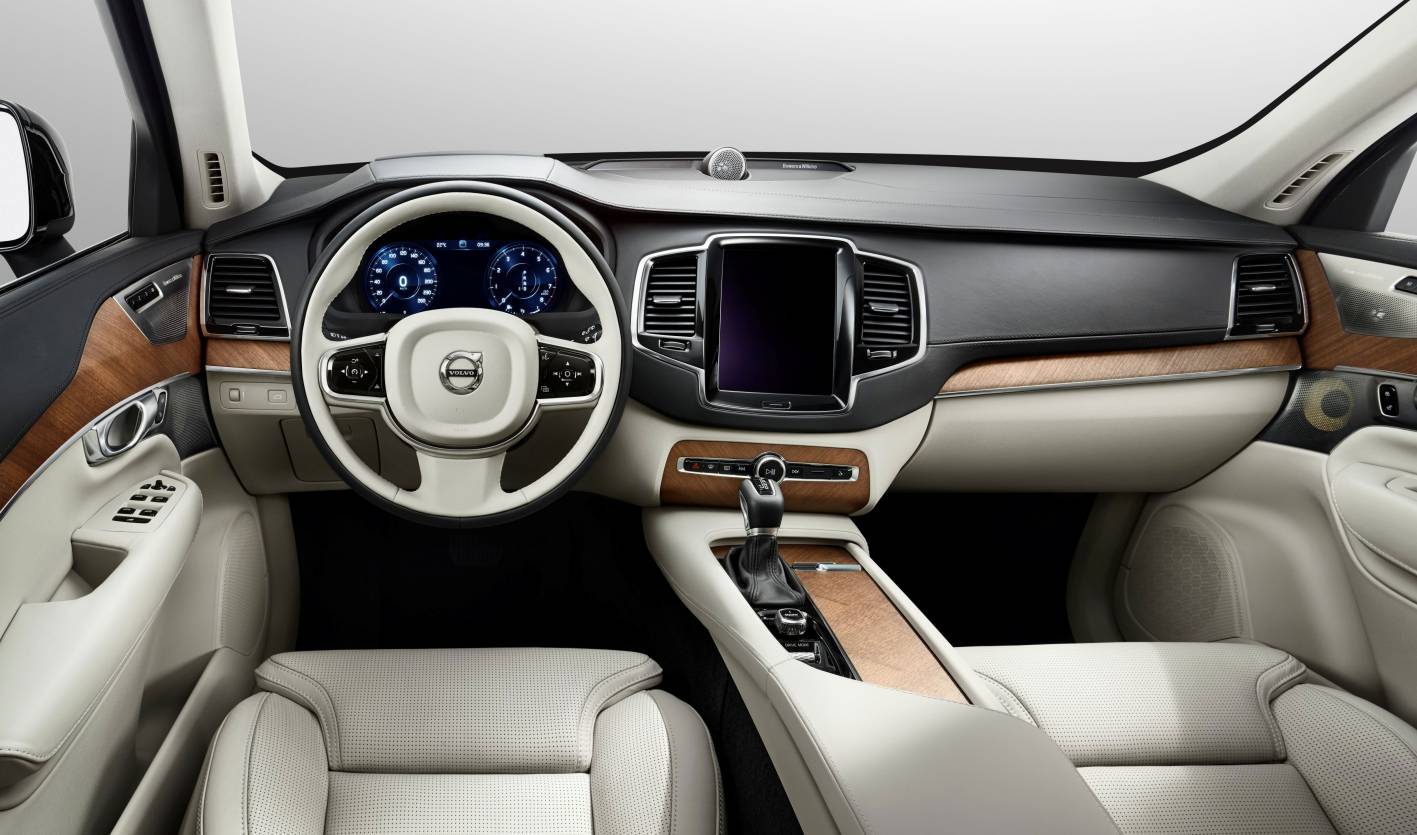 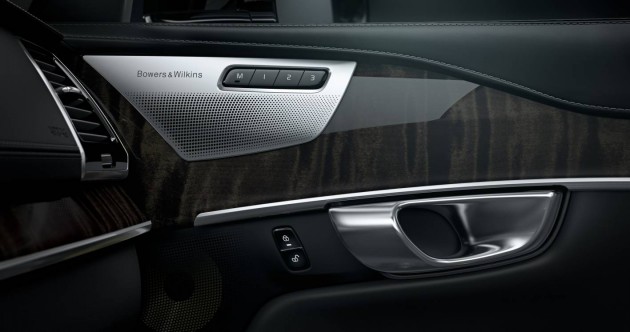 Volvo is yet to fully reveal the new XC90. It will be the company’s first model to use a scalable architecture which will underpin a range of new Volvo models in the future.

As for the specially developed audio unit, it features a 12-channel Harman 1400-Watt amplifier with seven Nautilus tweeters, seven mid-range speakers made with Kevlar cones, and four cone woofers and a ventilated 250mm sub-woofer. 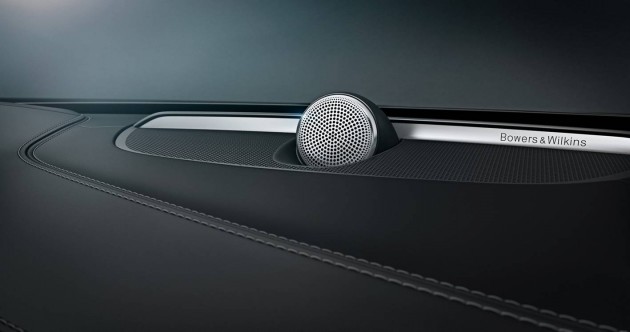 It’s all been developed with bespoke acoustic technology derived from 50 years of experience in pioneering loudspeaker design. Stuart Nevill, head of engineering at Bowers & Wilkins, said,

“The XC90 uses our tweeter-on-top technology, which has a number of advantages in the automotive environment.

“Fundamentally it increases the ratio of direct to reflected sound, as more of the signal reaches the listener directly from the tweeter, rather than reflecting off the windscreen first. All of this means that the Bowers & Wilkins audio system in the XC90 sounds incredibly tangible and lifelike.”

The system is set to provide ground-breaking sound, shifting the benchmark in automotive audio.