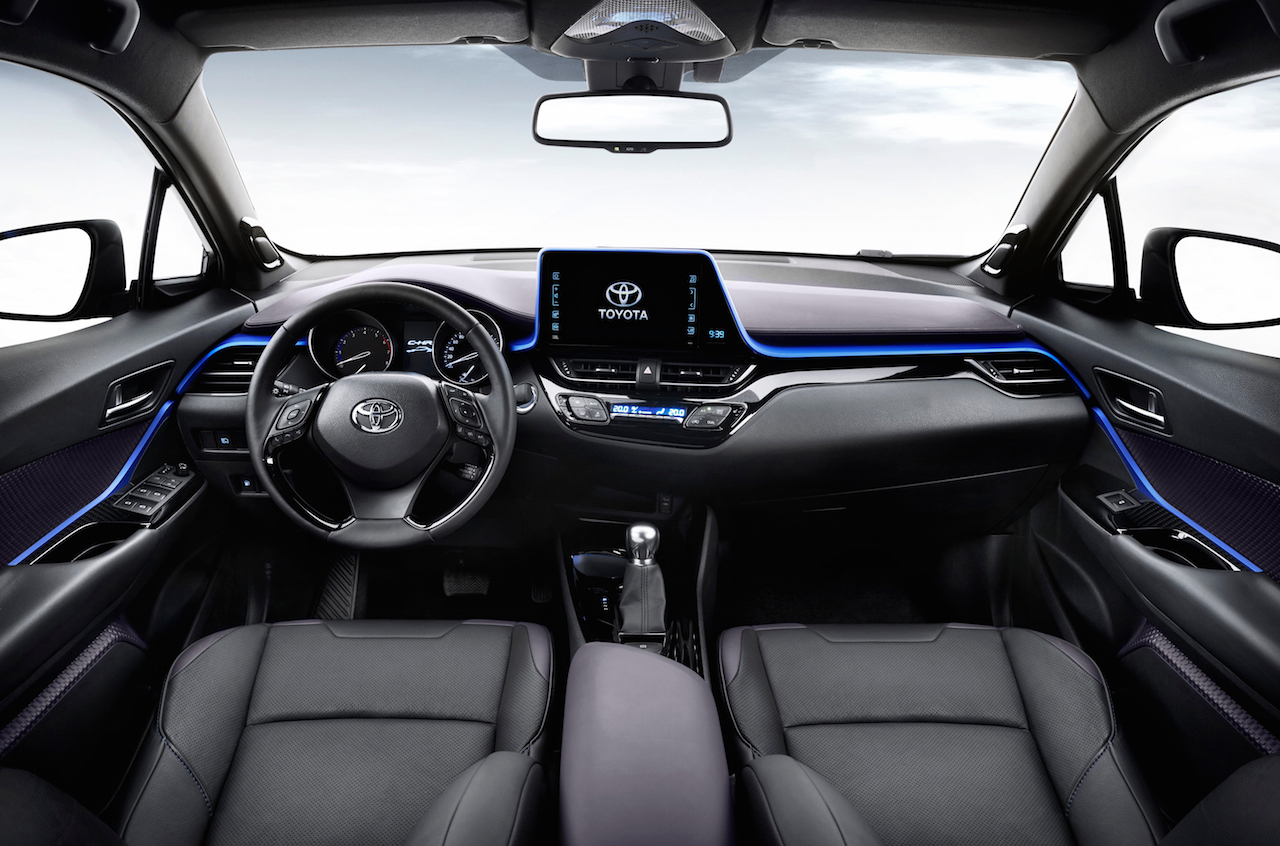 The interior of the anticipated new Toyota C-HR compact SUV has been revealed for the first time, showcasing a fresh decor for the brand. 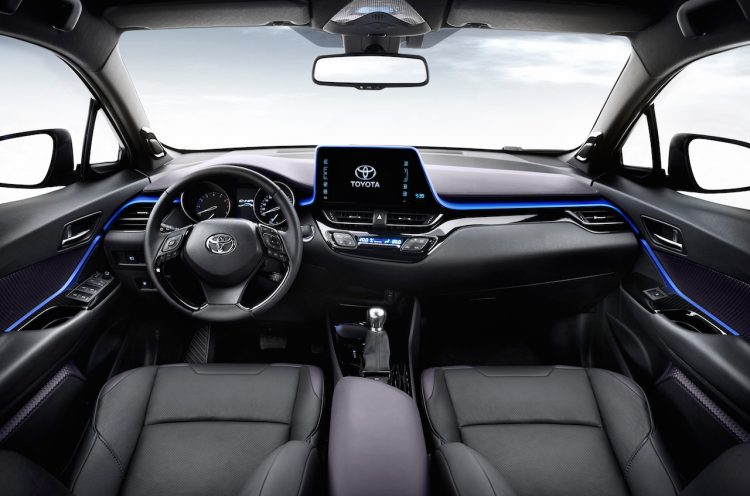 For those in the market for a compact SUV, your options are about to become even more difficult. The new Toyota C-HR will be the Japanese company’s first compact SUV, bringing a number of company-firsts to the market. It’s expected to become one of the company’s best-sellers.

The latest ‘first’ is the interior. Toyota is showing off a brand new in-car theme with the C-HR, comprising of a “sensual tech” philosophy that combines high-tech functionality with fashionable style, according to Toyota.

Switchgear is slightly skewed toward the driver, with an asymmetrical flow of functions and shapes making up the centre dash fascia. At the top is a 6.1-inch touch-screen interface that extends out from the instrument panel. This will be standard on all variants in Australia.

For the front passengers there are a pair of specially-designed “two-tier” seats, with sporty back sections and a strongly bolstered and supportive lower seat section. Some variants will also come with heating functions.

Other optional features will include 18-inch alloy wheels, bi-tone metallic paint, and smart entry and start. Blue highlights across the dash for Euro models will be replaced by cool grey inserts in Australia.

As we already know, the C-HR is built on Toyota’s fresh New Global Architecture (TNGA) platform. It provides external dimensions that place it in between the Corolla and RAV4 for size, measuring 4350mm in length, 1795mm in width, and 1550mm in height.

Under the bonnet is a company-first 1.2-litre turbocharged petrol engine that produces 85kW and 185Nm. It will be available with front- and all-wheel drive, and with a manual or CVT auto transmission.

The new SUV will go on sale in Australia early in 2017. Prices are yet to be announced.