Okay, so this might not be a ‘cool find’ per se, but it is rather interesting. This pile of badly crumpled up metal started life as an Aston Martin Rapide believe it or not. It’s currently up for sale in Germany for just 9999 euros (approximately AU$12,337). 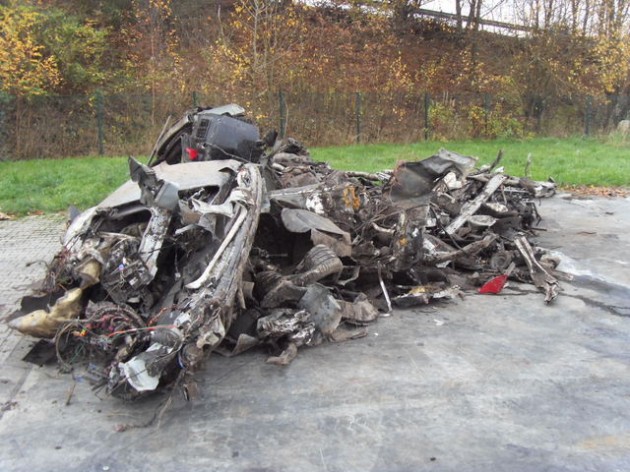 The Aston Martin Rapide is one of the most stunning modern four-door sedans ever made. It looks like a concept car, with a bold and elegant front end blending into a coupe-like tail.

It features the glorious 6.0-litre V12 engine up front producing 350kW of power and 601Nm of torque. Inside is very lavishly appointed, with LCD screens in the backs of the front headrests, flip-down laptop tables, and plenty of soft leather, wood, and stainless steel trimmings.

This example up for sale has certainly seen better days. We’re not quite sure the whole ‘one lady owner, driven only a Sundays’ would work with this sale. Even so, the ad states the car has 45,850km on the clock – or what’s left of it – and it is ready to buy.

The fact that the car appears to be inside-out does throw up some questions in regards to its road-worthiness and registration status. Still, if you really want an Aston Martin but don’t have the budget, this could be your chance. The wreckage is for sale on mobile.de