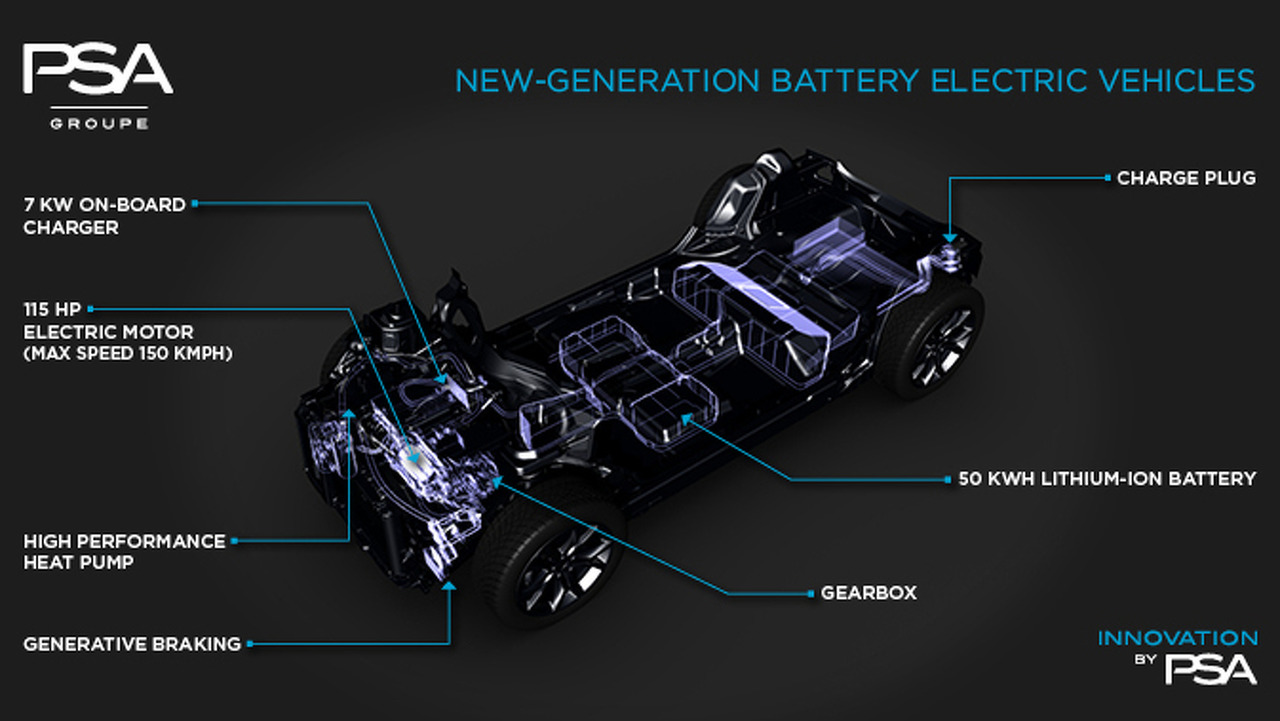 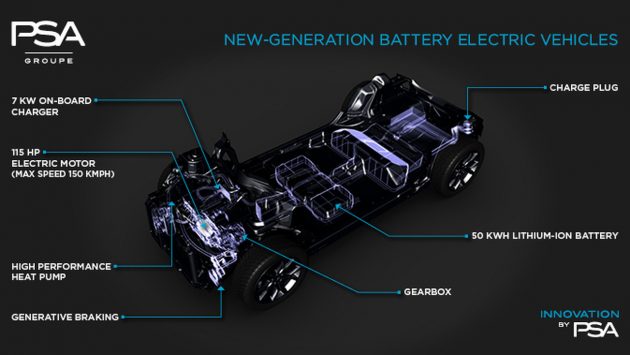 PSA is currently developing new electric, plug-in hybrid, and highly efficient internal combustion engines, moving toward the release of a range of EV and hybrid models before the end of the decade. In a statement, PSA announced:

“In 2019, we will launch electric powertrains (plug-in hybrid vehicles and electric vehicles), which are a response to market changes, more stringent regulations, including zero emission zones.”

To bolster the plans, PSA is showing a brand new Common Modular Platform (CMP), developed in conjunction with Dongfeng Motors, which is set to underpin future electric compact, sedan and compact SUV models. The e-CMP platform will be used for four electric models, arriving by 2021, with the first expected in 2019. 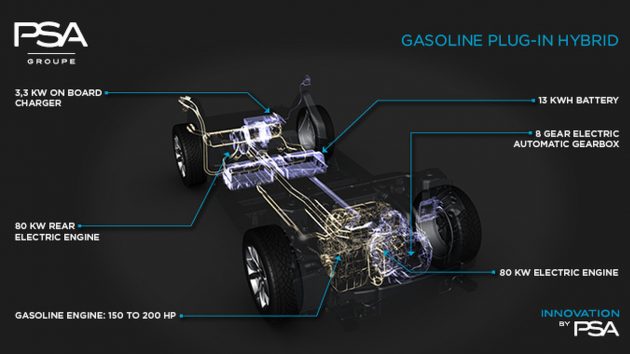 PSA is claiming a range of 450km on a single charge for its EV, equating to around 12km of driving for every minute spent charging.

In addition to this, the Efficient Modular Platform 2, which is currently in use in Citroën’s C4 and the Peugeot 308, will be used for PSA’s first batch of plug-in hybrids. These plug-in hybrids will have an all-electric range of about 60km, using  a ‘high-performance’ electric four-wheel drive system, while offering a spacious interior and a 40 per cent increase in efficiency over current internal combustion models.

PSA’s charging system will fully charge the vehicle in four hours, with an optional ‘quick-charge’ system that can recharge the battery in just two. Seven plug-in hybrid models are set to be produced by 2021, with the first coinciding with the electric model’s release in 2019. Take a look at the video below for more detail.