White officially the most popular new car colour of 2020

In news that probably doesn’t surprise anyone, Axalta’s 68th annual Global Automotive Colour Popularity Report has found white to be the most popular new car colour in the world in 2020. 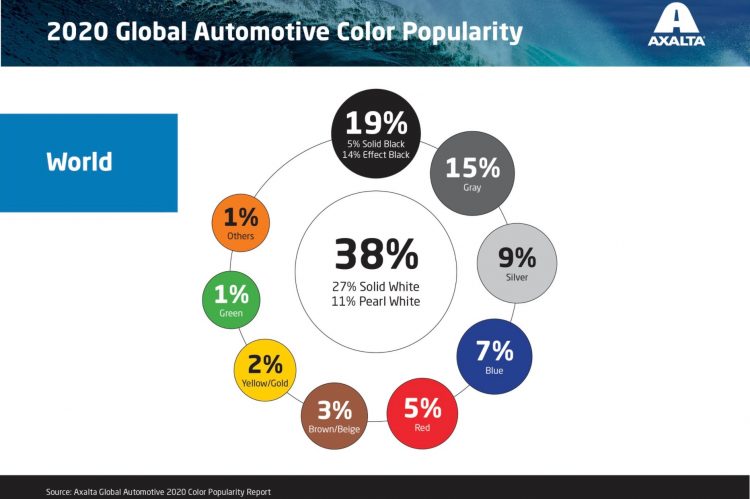 Axalta is a global producer of liquid and powder coatings, and its report takes in data from every country where new vehicles are produced and compiles it based on colour trends opted by consumers. This year the results show that 38 per cent of all new vehicles produced were in white, including 27 per cent in solid white and 11 per cent in pearl white.

It’s not really a surprise considering many of the world’s government and fleet services require white vehicles, such as police and company vehicles. You could also consider how many white vans and utes that are often seen, as this is usually the go-to base colour to provide best contrast with brand decals and logos.

Coming in as the second most popular colour choice is black. According to data, 19 per cent of all new vehicles produced in 2020 were specified in black. That’s made up of 14 per cent metallic or pearl effect, and 5 per cent in solid black. Axalta says the colour remains a favourite for luxury cars. 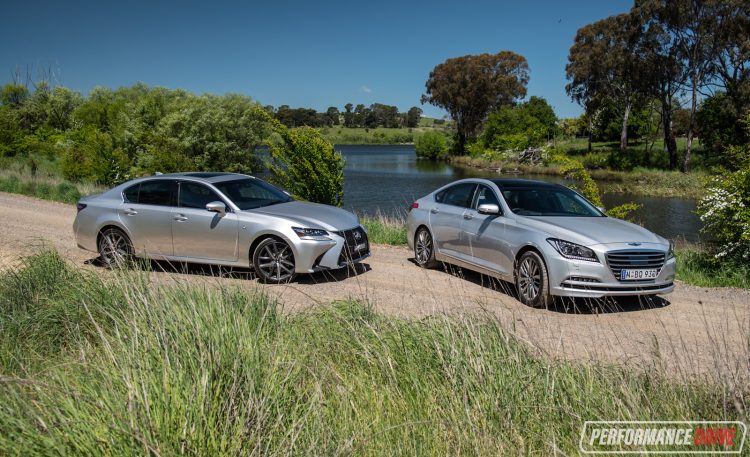 Although grey is often thought of as the most popular choice for private buyers, it made up 15 per cent of vehicles produced in 2020. Axalta says the colour increased popularity by 2 per cent this year, as buyers view grey as a more modern and luxurious alternative to silver. Silver dropped down to 9 per cent in 2020.

This is now the 10th year in a row that white has been the most popular colour choice among new car buyers. In fact, it has held a 38 per cent market share for the last three years consecutively.