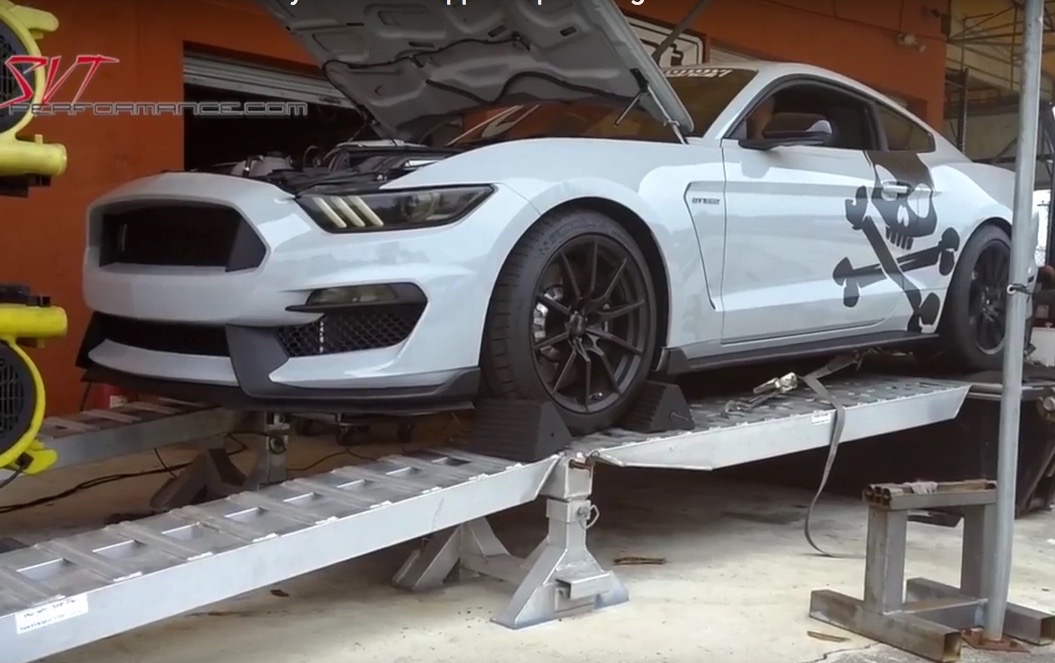 American lunatics Lethal Performance has wound up the crazy on Ford’s most exotic pony, the latest Mustang GT350. 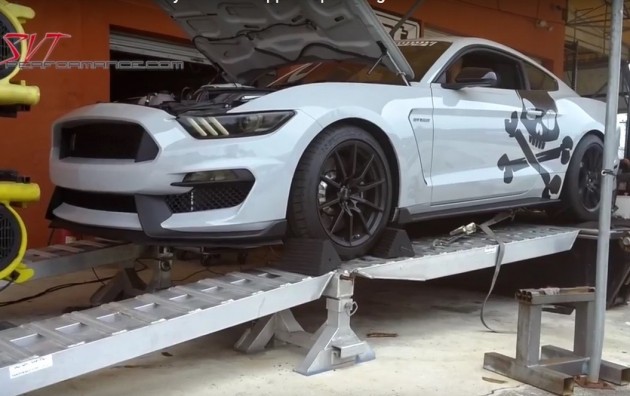 The Mustang Shelby GT350, sadly denied to us Australians for the moment, is truly a monumental car for the blue oval, with many firsts. It is the first Ford to feature a ‘Voodoo’ flat-plane V8 (usually the preserve of ultra-exotics like Ferrari, AMG), which just so happens to have the highest specific power of any naturally aspirated Ford ever. It also features carbon-fibre wheels built in Geelong by Carbon Revolution.

Flat-plane engines are usually peakier than conventional cross-plane variants, sacrificing low-down tractability for that spine-tingling high-end scream. Nevertheless, the GT350 makes a respectable 582Nm of torque in addition to its 392kW.

Lethal Performance has stuffed a 2.9-litre Whipple blower between the banks, fed it some nitrous oxide and lit the fuse. The result? 596 Hellcat-scalding kilowatts, or 800hp and 813Nm, for a 10-second quarter mile.

The supercharger setup is a lightly modified version of the one available on Coyote-equipped 5.0 Mustangs. Jared of Lethal Performance added some detail about making it happen:

“We also had to relocate the remote oil cooler as that’s in the same location where the Whipple intercooler tank reservoir and pump get mounted. Lastly, the blower wouldn’t fit under the stock hood without the help of some UPR adjustable motor mounts. Once we put those in, we had plenty of good clearance and could still run the stock hood liner.”

Check out the video below to see it unleash its vitriol on a poor, defenceless dynamometer.