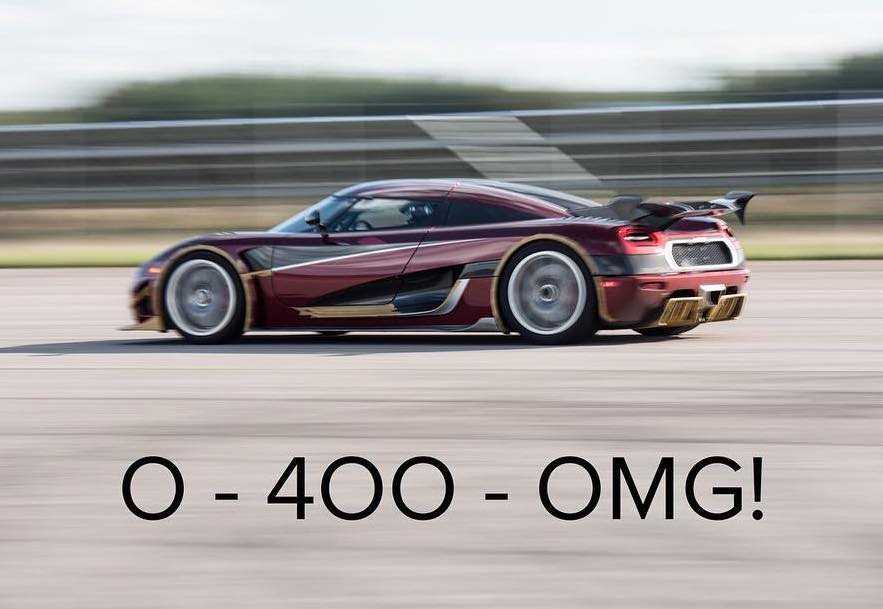 It didn’t take long for the Bugatti Chiron’s record-setting 0-400-0km/h dash to tumble, with its arch rival – its only real arch rival – Koenigsegg firing back with a new record using its Agera RS. 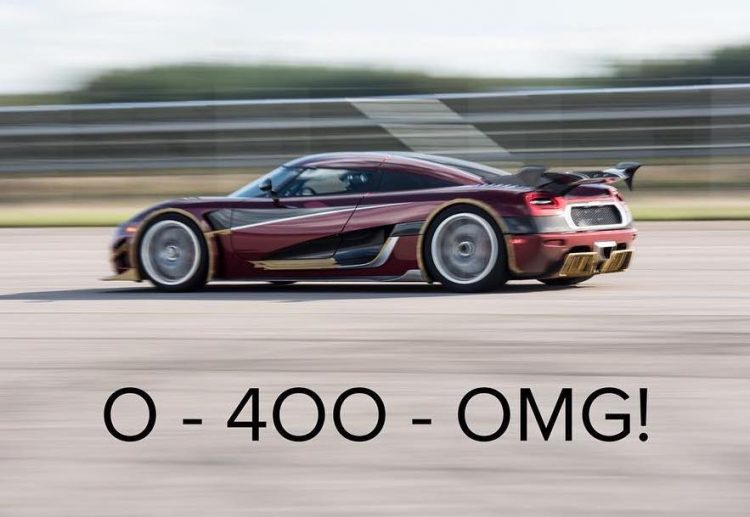 Last month Bugatti set a record for the 0-400-0km/h sprint (yeah, 400km/h) with its new Chiron, recording a time of 41.96 seconds. Now, Koenigsegg has shortened that, first sending out a pretty clear message on its Instagram account.

The Instagram image shows an Agera RS with the text “0-400-OMG”, with the description saying ‘coming soon’. It’s also supported by hashtags #0-400-0 #fast #reallyreallyfast, indicating that the car has done it in a really fast time. Since then a video has been posted up onto its YouTube channel.

The Agera RS certainly has the technical business to score a new record. In the engine compartment is a twin-turbo 5.0-litre V8 that belts out 865kW on regular pump petrol. An optional 1000kW pack is also offered. Across the sprint it took the hypercar just 36.44 seconds, and needed just under 2.5km to do so.

Unlike the Bugatti though the Agera RS sends power to a rear-wheel drive system, via a seven-speed dual-clutch automatic. The RS and all Koenigsegg models don’t have the traction advantage of all-wheel drive. So this record is especially ‘OMG’ for a rear-wheel drive effort.

The Agera RS’s bigger brother, the One:1 with the 1000kW tune, can cover 0-400km/h in a claimed 20 seconds and can stop from that speed in a claimed 10 seconds. This model could potentially clear the record by even more. Check out the Agera RS’s record run in the video below.