You only need to watch the video below to see that this Underground Racing Lamborghini Gallardo is quite possibly the quickest street-legal Gallardo on the planet. It produces an Earth-shattering 1306kW (1750hp) at the wheels. 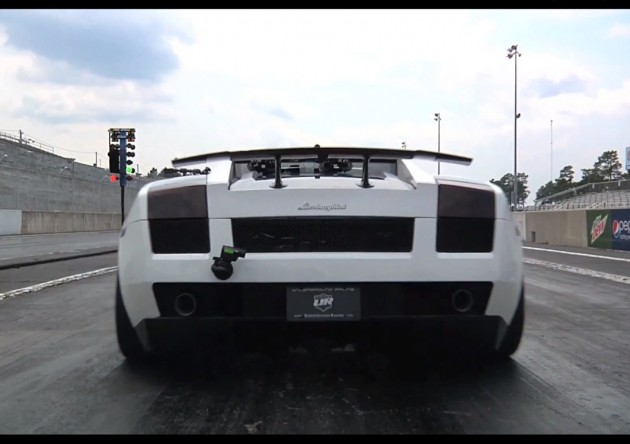 Thanks to extensive engine tuning and a twin-turbo kit, Underground Racing in the US has managed to strangle 1306kW from the normally naturally aspirated V10 Lambo engine.

The owner apparently wanted the baddest Gallardo in the world, with one strict piece of criteria; it must be street registrable. So yes, you’re looking at a vehicle with potentially around 2000hp at the engine that could run down to the shops to buy some milk and bread.

Apart from the insane engine, the Gallardo also features a ‘Queit’ Helix Billet gear set for all forward gear, including the differential, as well as an RPS carbon clutch to get that power through to the ground.

The end result, as you can see below, is an astonishingly quick 8.35 seconds down the quarter mile at a ridiculous 181mph (291km/h).