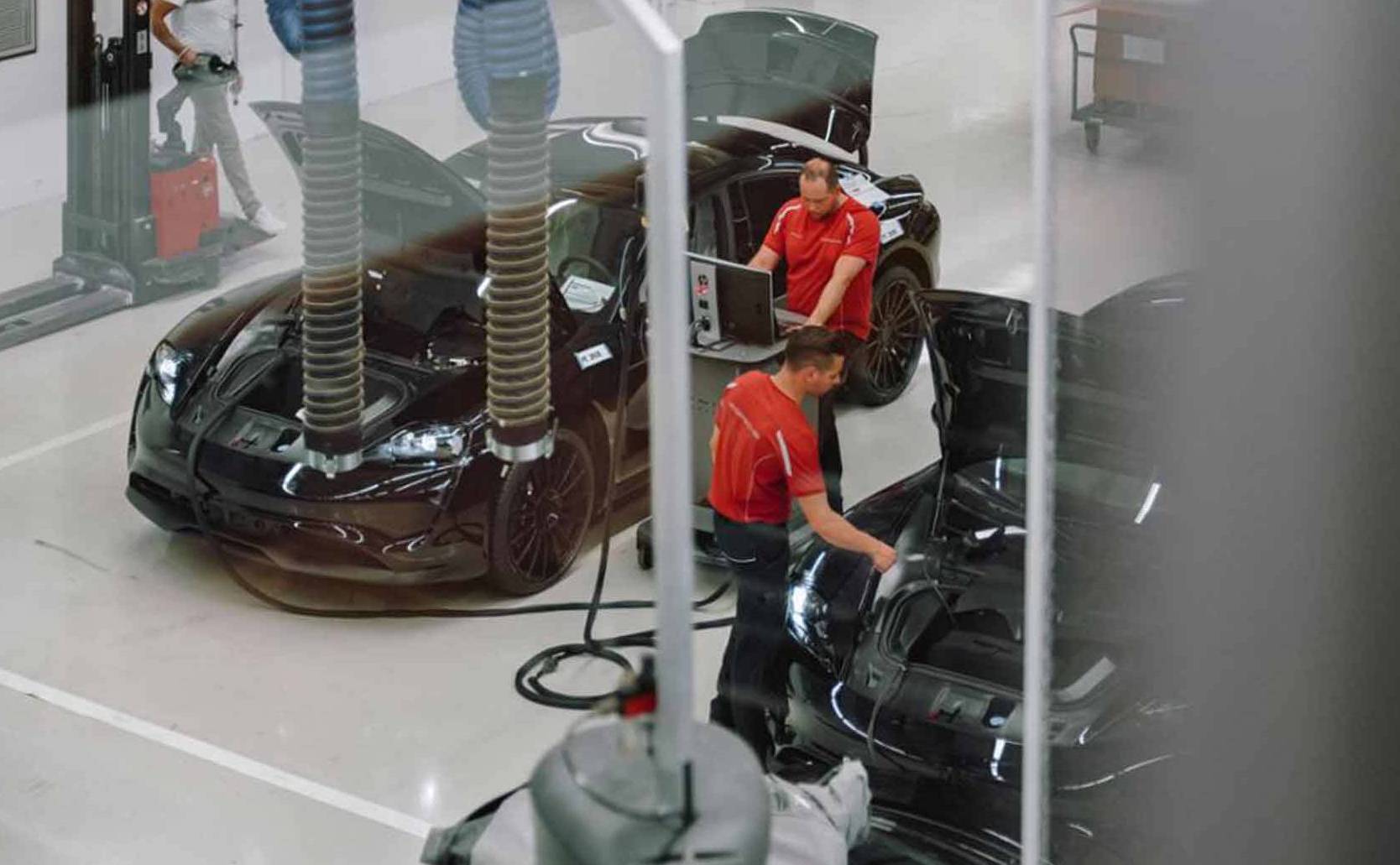 Some more details of the upcoming Porsche Mission E electric sports car have been released, along with a few revealing photos that show some of the production body. 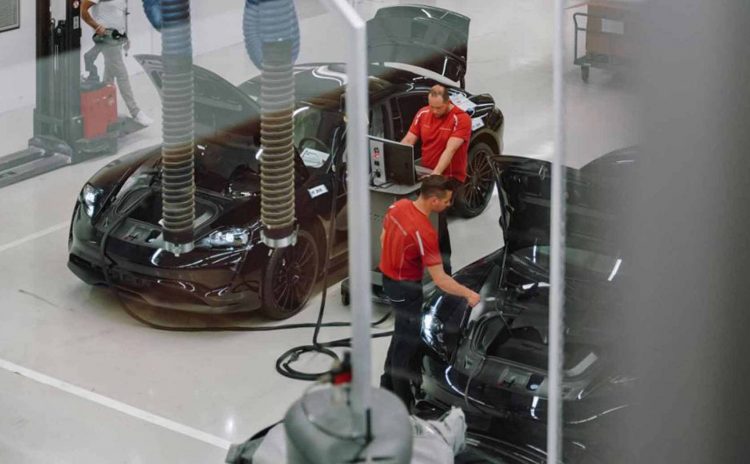 It will be the first fully electric Porsche ever made, and the company says it’s not only a car for the future but also a statement of commitment to sustainability, performance, and to Germany as a technological base, it says.

In these preview images, one of them in particular shows the Mission E without any camouflage. At the front is a more pointed and more aggressive nose compared with the Panamera and 911, for example, with a dimpled roof and carved out rear quarter panels to guide airflow and maximise aero efficiency.

Porsche promises the Mission E will be a real Porsche, offering a blend of phenomenon and paradox at the same time with performance and practicality, design and functionality, and exclusivity and social acceptance. In a statement, Porsche summed this up, saying:

“The result: a production vehicle which combines 70 years of tradition, new technologies and a highly emotional driving experience in an exclusive sports car which sets new standards as the sportiest and, at the same time, most technologically sophisticated car of its class.”

We can expect a public debut to take place later this year, before it hits the road next year. This means we could see it at the Paris motor show in September-October.