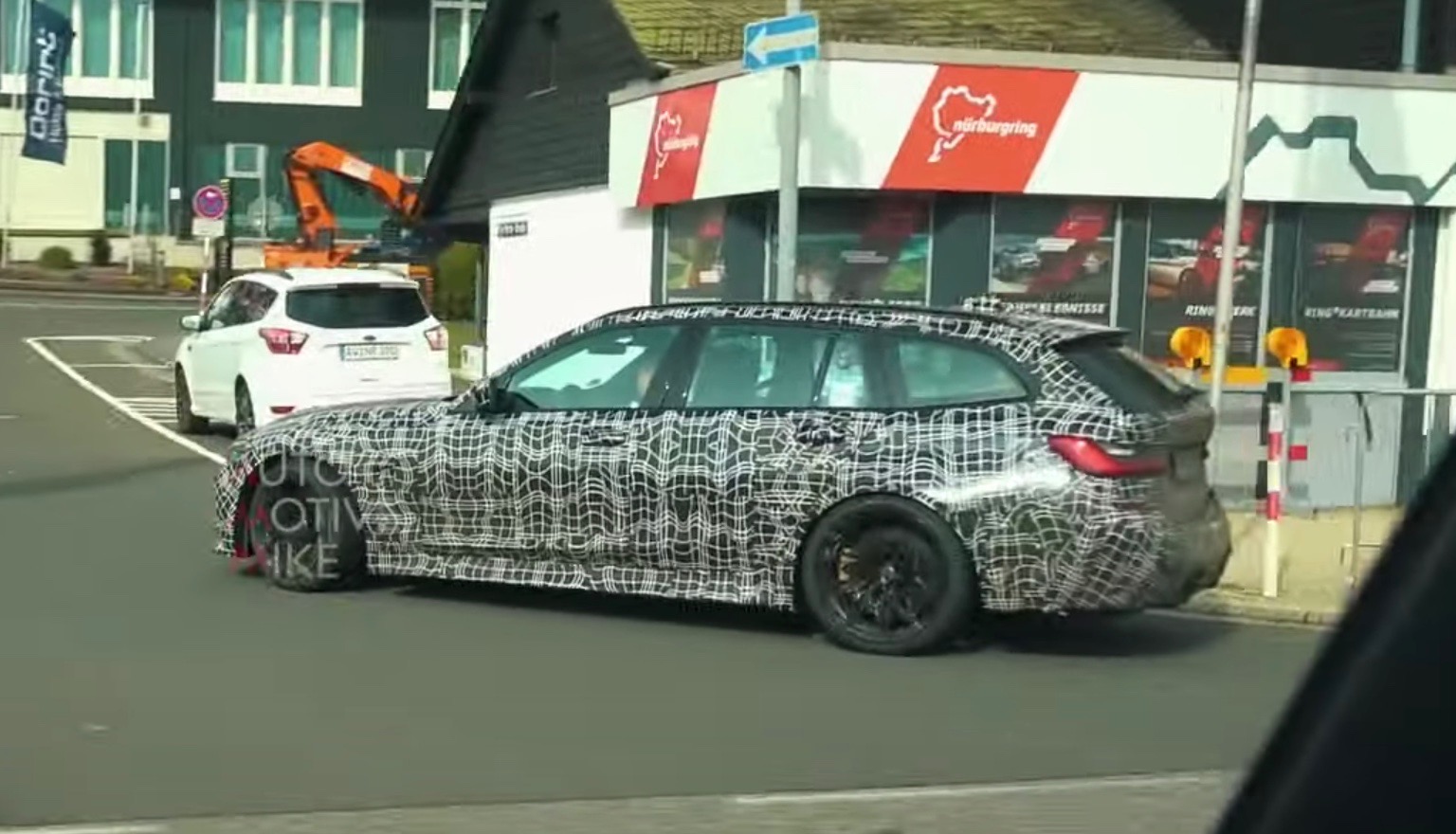 Development of the 2023 BMW M3 Touring wagon continues, with a prototype recently spotted at the Nurburgring wearing the typical test mule body wrap. 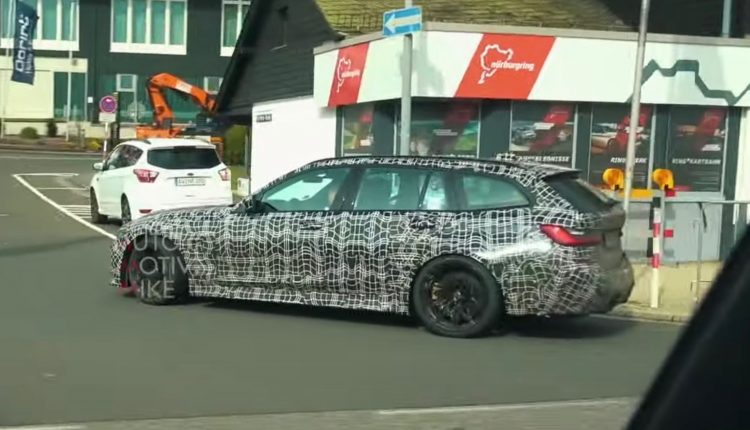 BMW confirmed its intentions to create an M3 wagon in August, showing a shadowy image of the rear end (below). This was at a time before the new M3 and M4 debuted so obviously BMW couldn’t show us the full detail, such as the front end.

At the time, BMW said development was near the start of a two-year program, with prototypes set to roll out soon. Well, here is one of said prototypes. It was spotted near the Nurburgring recently, before pulling into the main grandstand area.

The new M3 Touring is expected to receive the same powertrain as the regular new M3 and M4. In those is a 3.0-litre twin-turbo inline-six that develops 353kW and 550Nm, in standard form, or up to 375kW and 650Nm in Competition trim. BMW hasn’t outlined if both trims will be offered for the Touring. 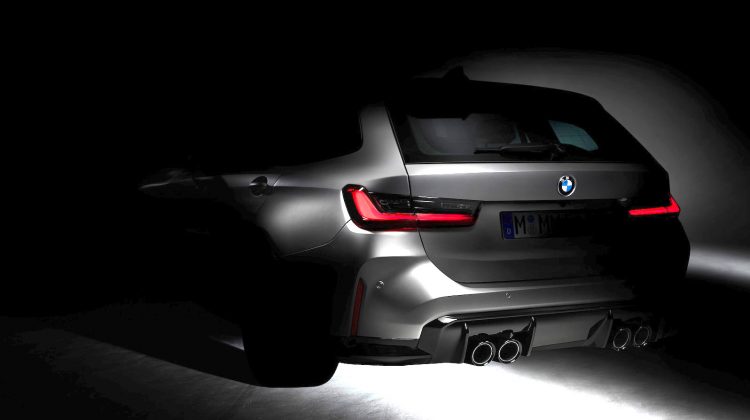 Also unknown is whether or not both rear- and all-wheel drive options will be offered. BMW is yet to introduce the AWD option for the new sports cars, but the company says this will be introduced on the Competition later next year. In a statement, the company said:

Obviously the main highlight for the new model will be the practicality of the station wagon body layout. In regular form the latest 3 Series Touring offers 500L of boot space. We’d expect the same for the M3, although it could be reduced slightly due to additional suspension reinforcements and so on.

The M3 Touring is likely to debut later in 2021 or some time in 2022. Check out the spy video below for a preview.