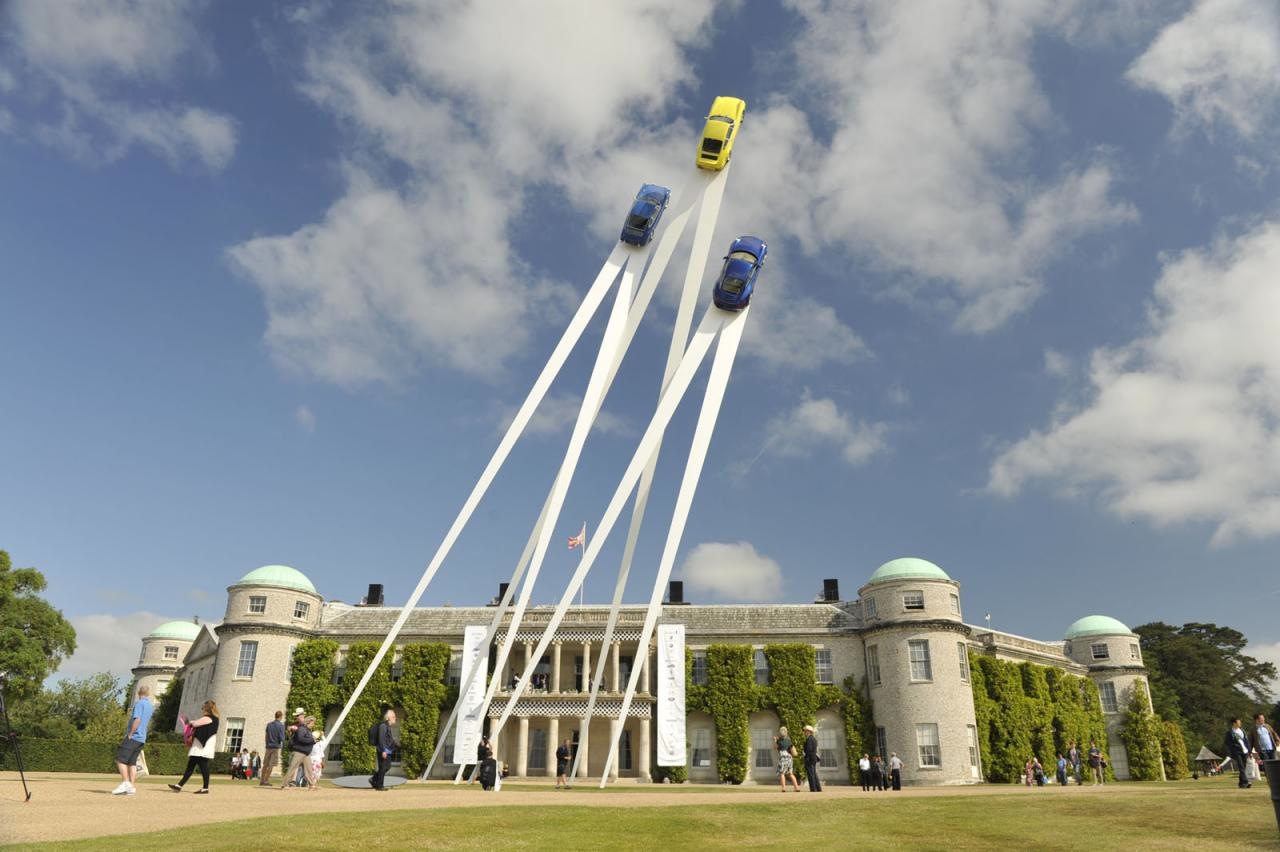 Sure to attract a lot of attention, Porsche has unveiled a special Porsche 911 sculpture display right outside the Goodwood House at the Festival of Speed. The artwork was created to help celebrate the 50th anniversary of the iconic sports car. 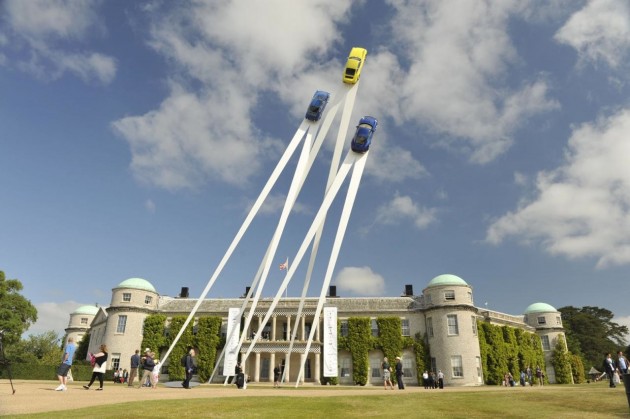 The impressive piece stands high with three 911 models soaring right at the top like superman about to take off. There’s an original first-generation version up there, as well as a 930-type version, and a the current gen 991.

Since the 911 debuted way back in 1963, Porsche has built over 820,000 examples, making it one of the most popular high-end sports car in the world.

The Goodwood Festival will be a big event for Porsche. The company plans many celebration events, including special demonstration runs up the famous hill climb, including with the new 991 GT3.

The motoring extravaganza will take place throughout this weekend. Stay tuned for plenty of coverage.