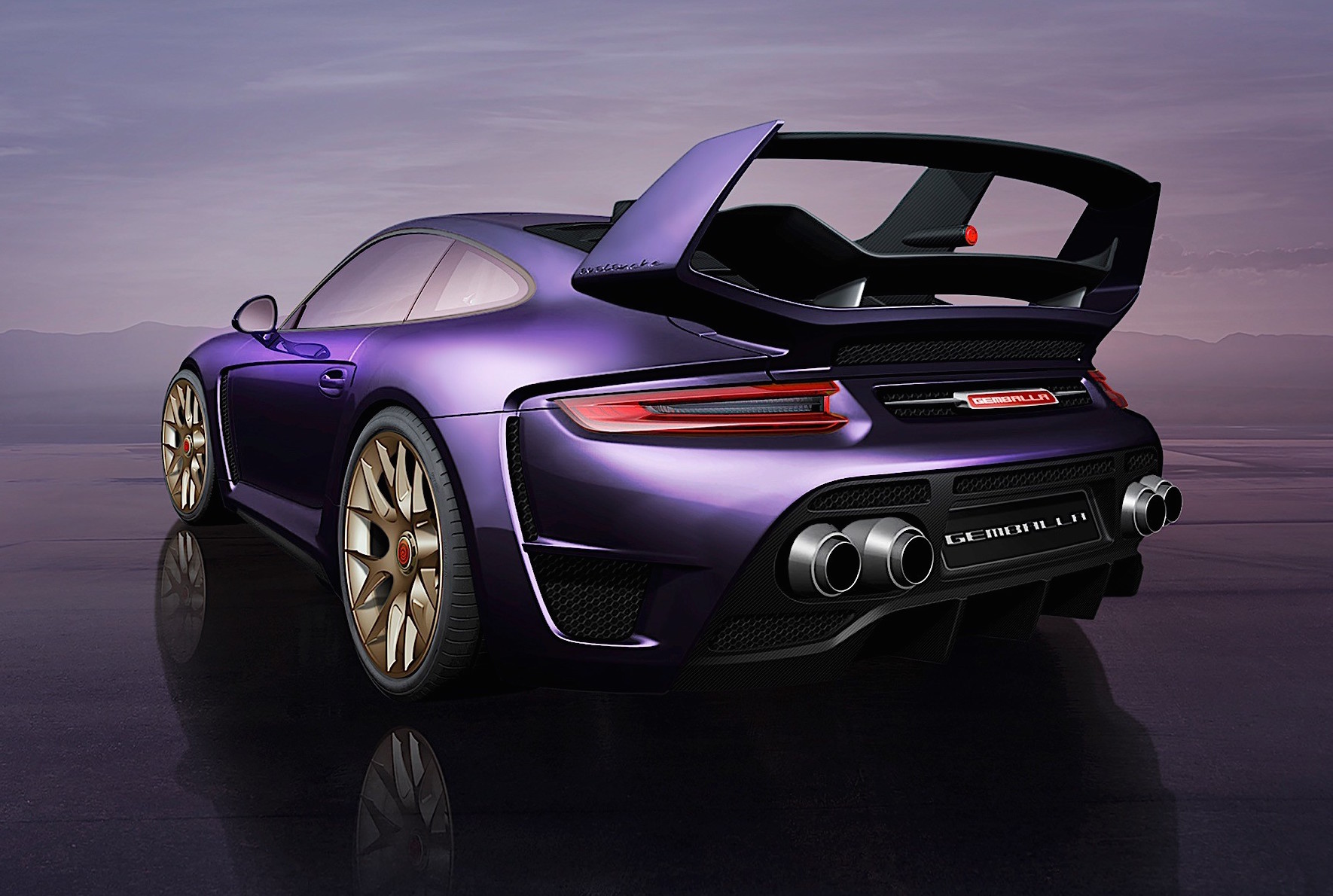 When it comes to Porsche insanity, Mansory might take lairiness to extremes but Gemballa are the undisputed kings of wild and intimidating variants of Porsche tuning. 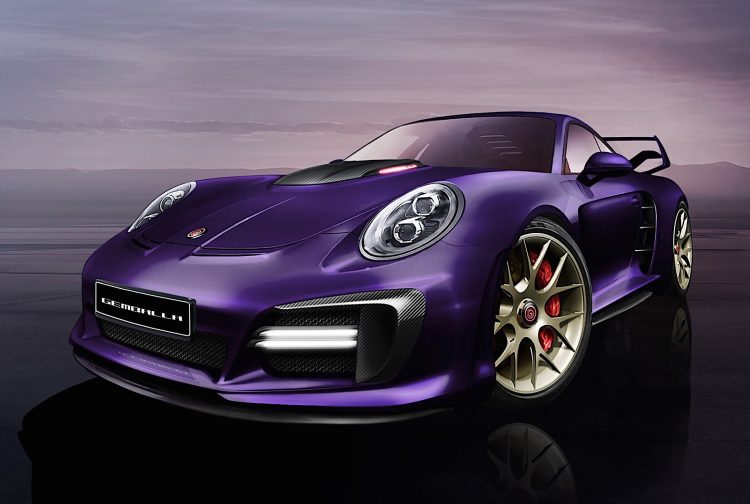 After the death of company founder Uwe Gemballa, the company received a new lease of life when a German company purchased it but the tradition of unhinged savagery continues.

The latest creation, the Avalanche, will be revealed at the Geneva show, but for now, there are two teaser pictures to drool over.

In the pictures we can see a searing purple paint job, far more serious rear fender extensions incorporating diffusers and extra vents, plus very serious looking quad exhausts poking out like gattling guns. Most prominently there appears to be a tri-plane rear spoiler, which puts some of the whale tails used on previous models to shame.

Power has allegedly been wound up to 603kW with 948Nm of torque to torture the 911 Turbo’s very sophisticated all-wheel drive system. Considering the standard, 397kW 911 Turbo already manages to dip below the 3.0-second mark for 0-100km/h, we can’t fathom what this beast will be capable of, if the electronics can harness all that might.

Stay tuned for more pictures and details closer to the Geneva Motor Show. 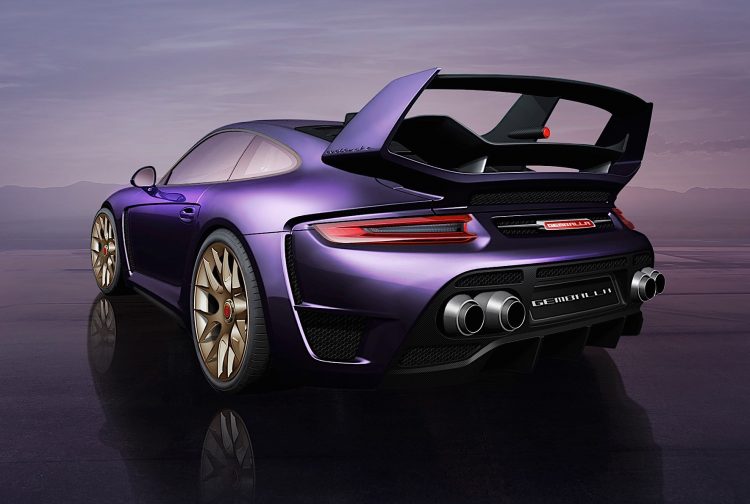