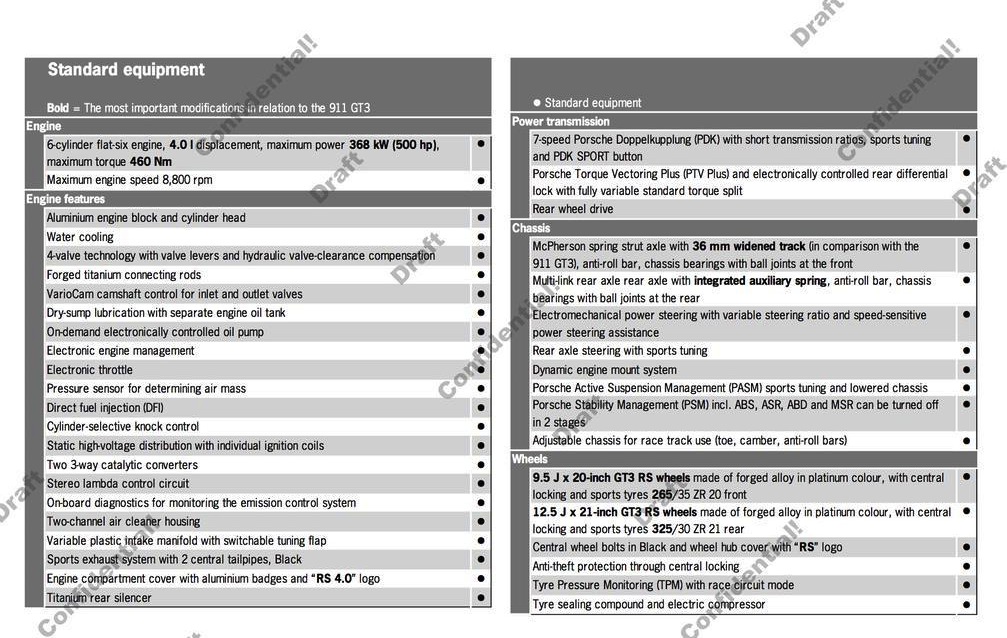 A fact sheet on the upcoming 991 Porsche 911 GT3 RS has surfaced online, revealing some potential specifications including engine output figures. 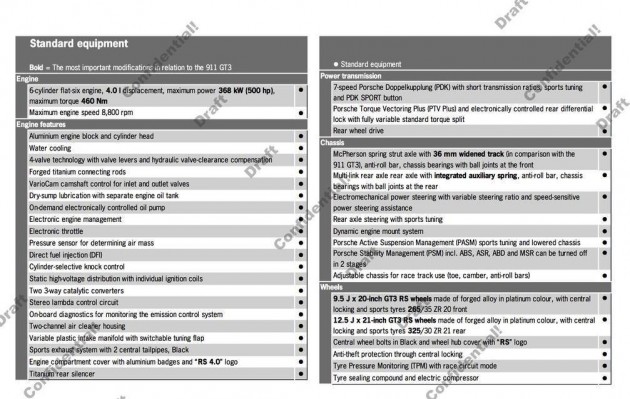 The fact sheet looks fairly legitimate and seems fitting for the upcoming model. It says the GT3 RS will feature a 4.0-litre naturally aspirated flat-six engine, which matches up to previous speculation, producing 368kW of power and 460Nm of torque.

With this kind of output on board it would be 18kW more powerful than the regular 991 GT3 which uses a 3.8-litre engine. Torque would also be lifted from 440Nm, which seems likely with the extra capacity.

Also revealed in the fact sheet is confirmation that the seven-speed dual-clutch automatic transmission will remain in place for the RS. Many fans were shocked by the news of the DCT becoming the only option on the regular GT3, and expected a manual option to appear in the RS version.

It says the gearbox itself features shorter ratios and a sports calibration, however, it is unknown if this is specifically compared with the GT3 or simply to the regular 911 Carrera S dual-clutch auto.

As expected, the RS is set to come with unique body styling and more aggressive aero parts, with a wider overall track of 36mm according to the sheet. It also looks like it will come with 20-inch forged alloy wheels with whopping 12.5-inch wide items on the back, with an on-board electric compressor and pressure monitor system.

More information is expected to be uncovered in the coming months. Porsche may reveal the new model at the Frankfurt Motor Show in September, if not at the Geneva show next week. Stay tuned.