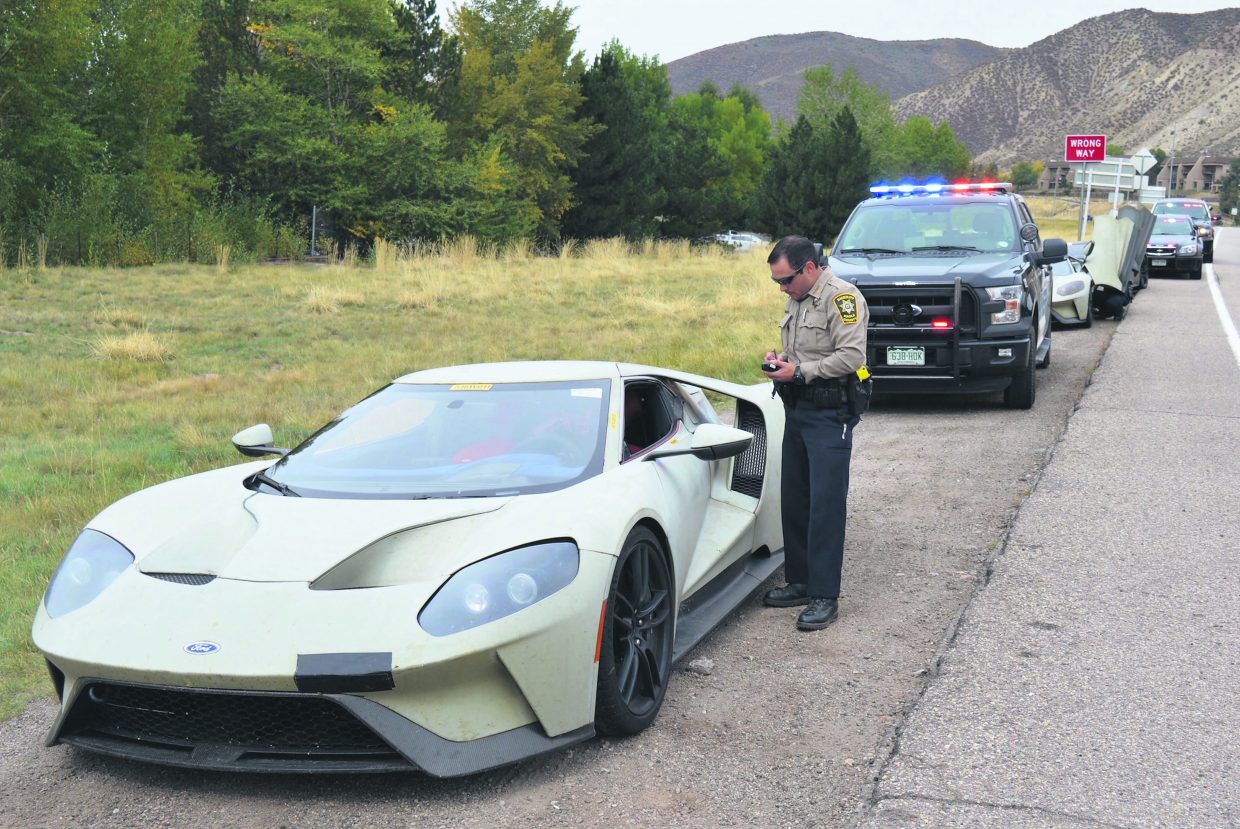 A trio of Ford GT prototypes have been spotted after being pulled over by local law enforcement in the US state of Colorado. 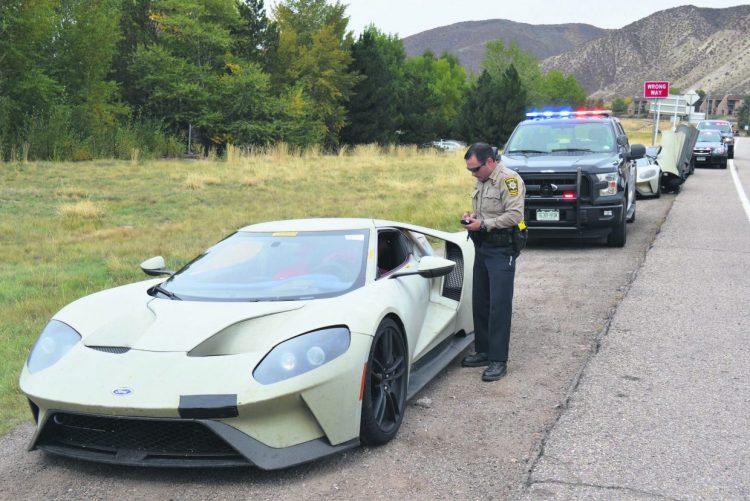 Ford engineers were putting three GT prototypes through their paces in Glenwood Canyon, and were reportedly a little too eager. Photos show the three Ford GT development mules on the side of the road, with the drivers in conversation with local law enforcement.

According to reports from the Eagle County Sheriff’s office and Colorado State Patrol, the group of GTs were caught speeding through an 80km/h zone – allegedly travelling at 162km/h – by one officer who instead of pursuing, radioed ahead.

The group was said to have been pulled over around 56km later, and although the officers were apparently fascinated by the Ford GTs, three tickets were said to be issued for speeding.

The development vehicles were loaded with telemetry boxes, with Ford opting to take the mules to Colorado for high altitude testing.

The Ford GT has proven an immensely popular car not just in the US, but worldwide. The first batch of GT units received more than 6500 applications from prospective buyers, with just 500 units initially planned by Ford. Months later, Ford announced the production of an additional 500 units, extending the production run by two years.

Various videos and discussion can be viewed in this Reddit thread.