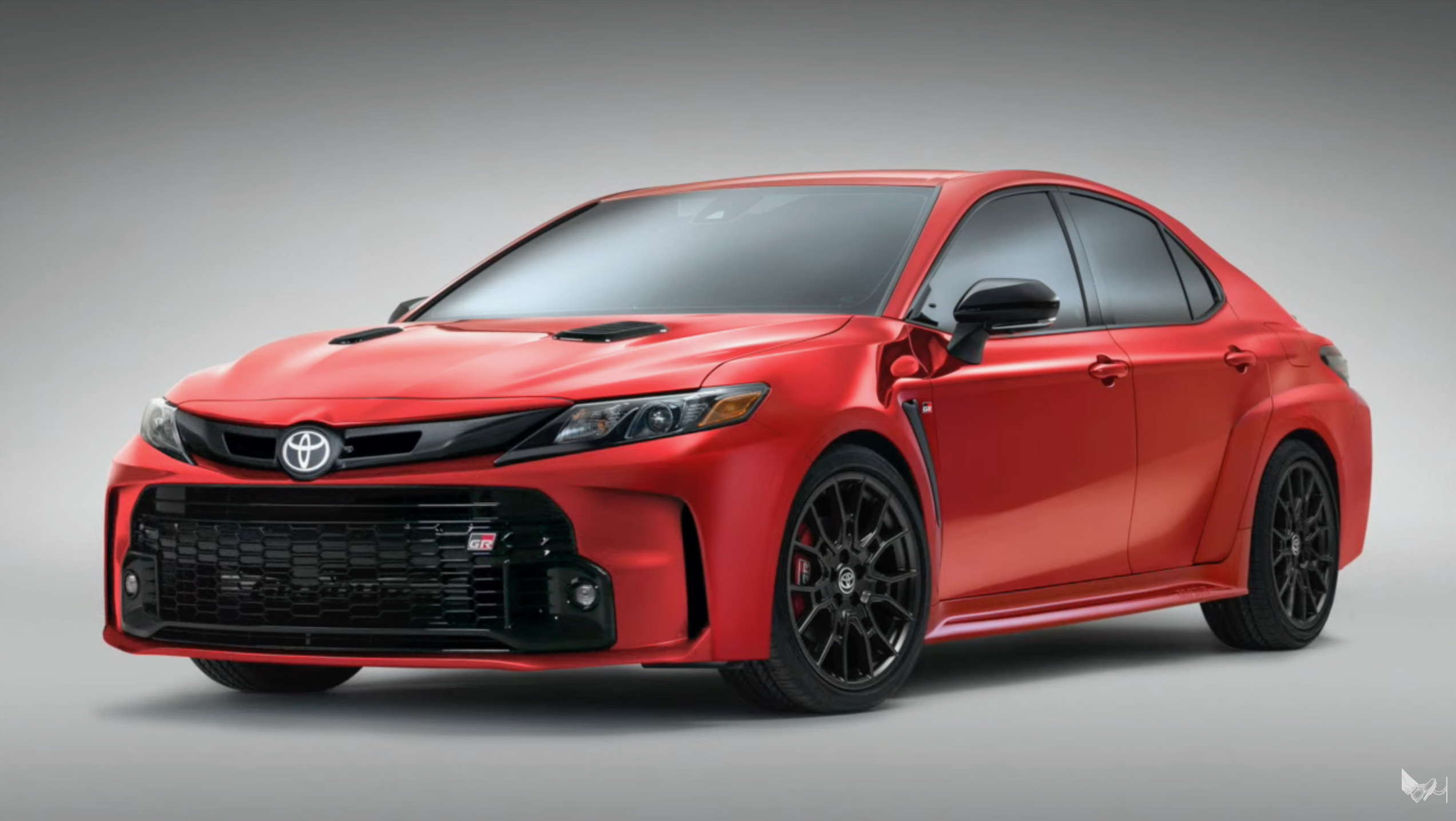 Have you ever wondered what Toyota model is next on the list for a GR makeover? What about the humble Camry sedan? Well, to help you wonder we’ve found some inspiring digital renderings. 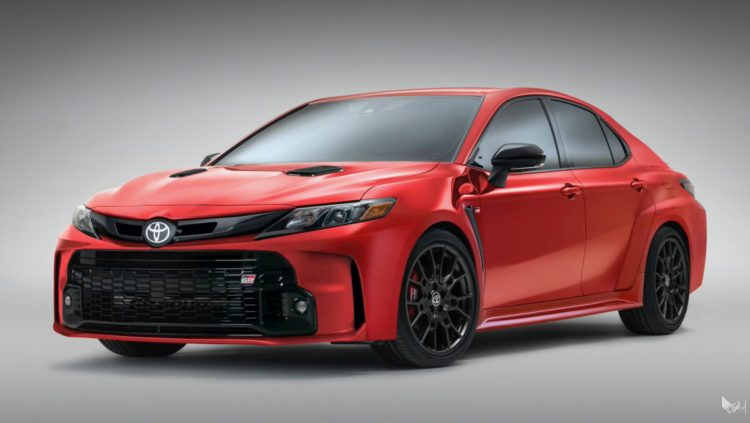 Firstly, no. Unfortunately, Toyota has not confirmed a GR Camry will exist any time soon. A ‘GR Sport’ variant, with lightly tweaked trimmings, has already debuted in Japan. But a full-cream GR performance model has not been announced.

However, these digital renderings by artist and YouTuber, Theottle, give us a solid take on what such a model could look like. The artist has infused some serious attention to detail into the Camry’s bodywork. So well done that it actually looks like a legitimate showroom model.

The front end mimics the GR Yaris with a big, wide lower grille and vertical side intakes, with neat heat extraction vents in the bonnet. You may have noticed the side vents behind the front wheels, too. These are similar the GR Corolla, and very ‘GR’.

Towards the back you’ll notice some bolstered wheel arches with chunky side skirts blending in with a new side panel. These help the rear arches sit outward, matching the pumped guards at the front.

And then at the vent back is a finned diffuser and bespoke black plastic apron, with a matching black lip spoiler on the boot and black badge panel connecting the taillights. Twin chrome exhaust tips let you know there is something serious going on. 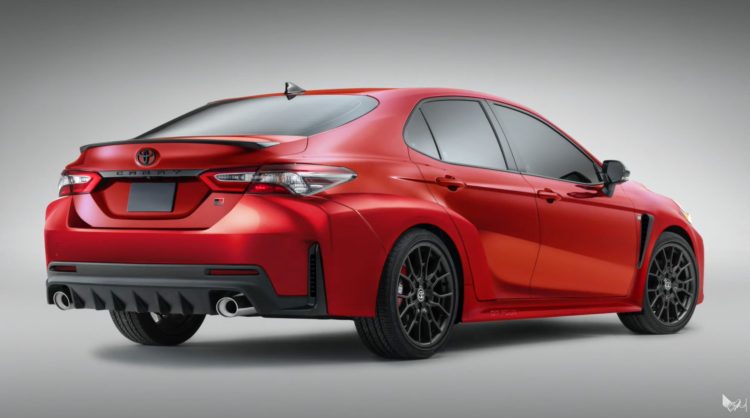 As for the engine, the artist envisions a supercharged version of the 3.5-litre 2GR V6, producing around 300kW like in some Lotus applications. However, since this is just a figment of imagination, we’d like to suggest the 2.4-litre turbo-petrol hybrid as a suitable unit, as seen in the new Lexus RX 500h.

In the SUV the package produces a combined 270kW. With some special GR touches, such as a freer-flowing exhaust system and minor engine computer tweaking, we’re sure the system could generate 300kW quite easily. It would also provide ‘GR-Four’ all-wheel drive grip.

Let’s keep our fingers crossed and hope something like this reaches showrooms. With so much attention on SUVs these days it would be nice to see some revival of the performance sedan market. What do you think? Check out the video below to see how the renderings were created.