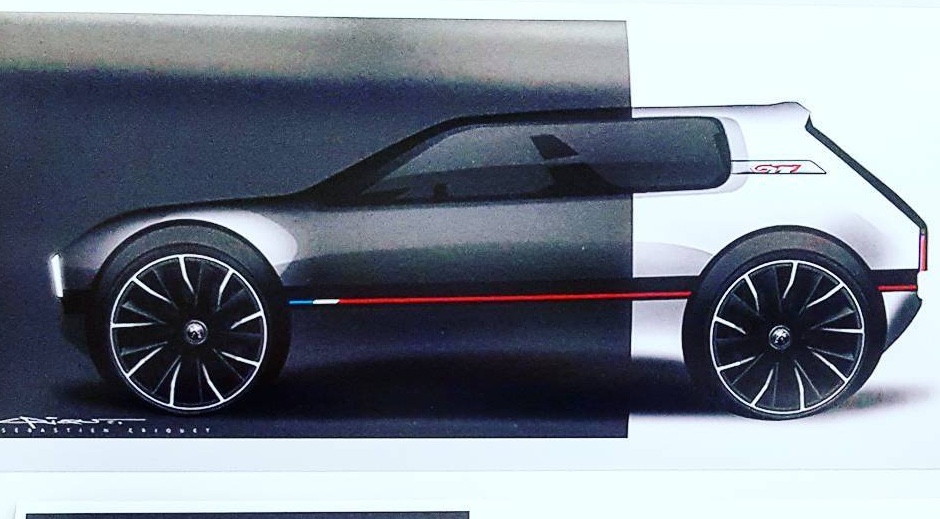 Peugeot’s director of design, Gilles Vidal, has come up with a modern rebirth of one of the brand’s most celebrated cars ever, the Peugeot 205 GTi. 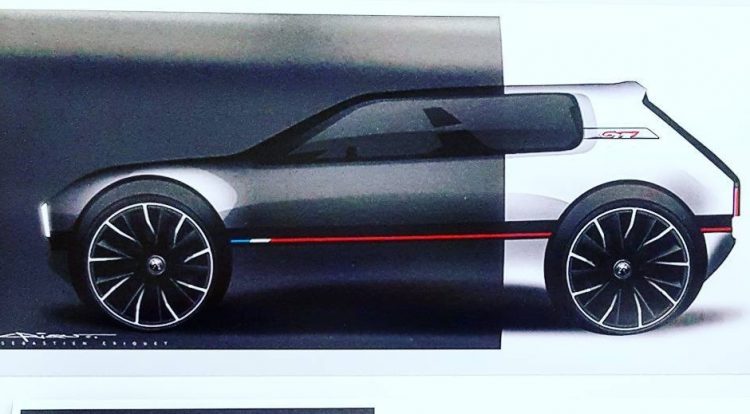 The original, Pininfarina-designed 205 debuted in 1983, with its avant-garde styling helping it stick around for 15 years. The 205 GTi is one of the most lauded hot hatches in history, with purity of experience and lift-off oversteer ability unmatched by Peugeot’s subsequent cars in the eyes of many.

There were many limited-edition versions and it formed the basis for Peugeot’s mid-engined Group B Rally entrant, the 205 Turbo 16.

Vidal has taken the form of Pininfarina’s original and added a modern flavour, courtesy of Peugeot’s latest design language seen on concepts such as the Exalt and Fractal, as well as 2008 and 3008 production vehicles.

The vertical LED taillamps are enshrined in a black finished rear end, which contrasts the silver of the rest of the car. Two-tone themes are popular on modern Peugeots such as the 308 GTi. The Tricolor French flag is neatly integrated into the side body moulding with massive wheels topping it off.

As far as we know this is just a design exercise and may not form a production car, but a concept might hit the next bit motor show.