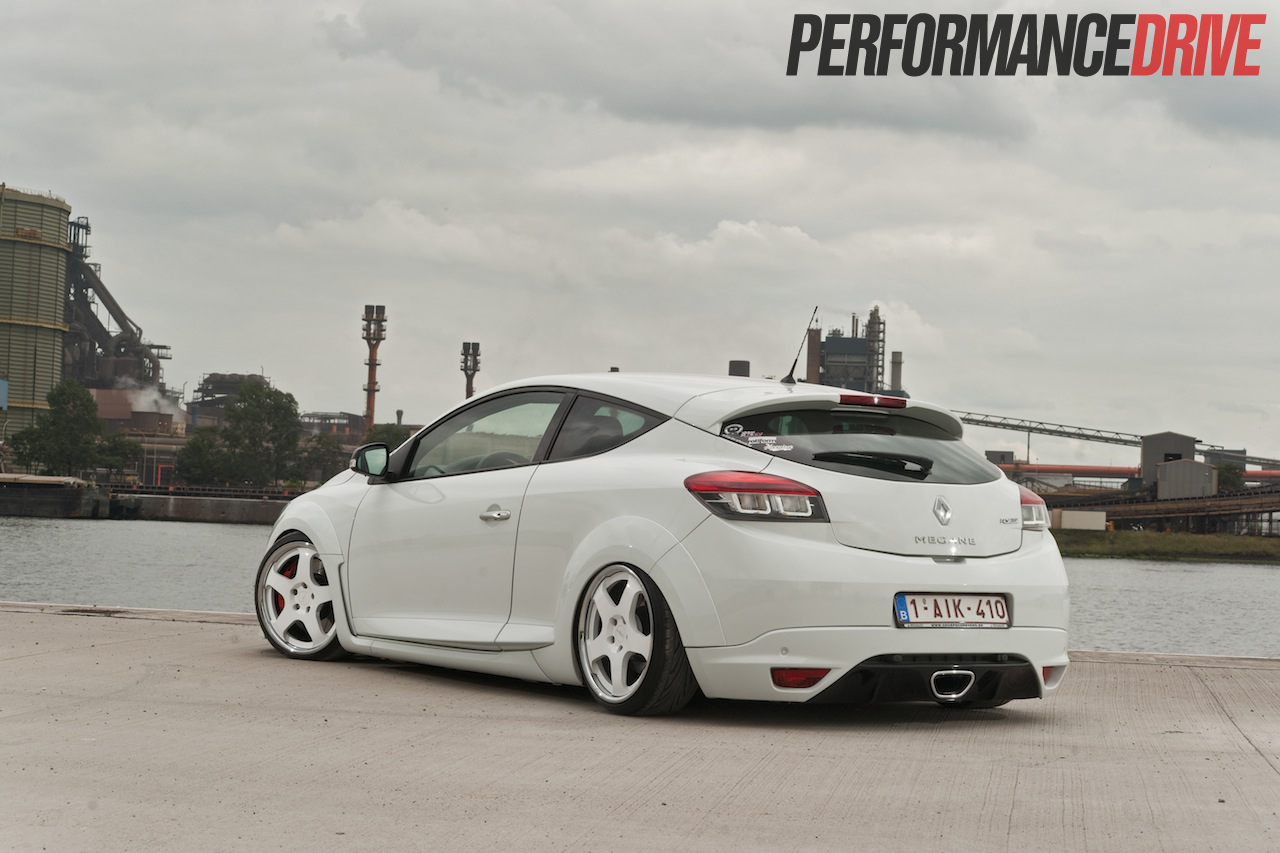 The 2010 Renault Megane R.S. 250 is a cracking car right out of the box. Producing 184kW from its 2.0-litre turbocharged engine, it uses serious front-wheel drive ingenuity to produce a driving sensation that few other front-wheel drive cars can match. 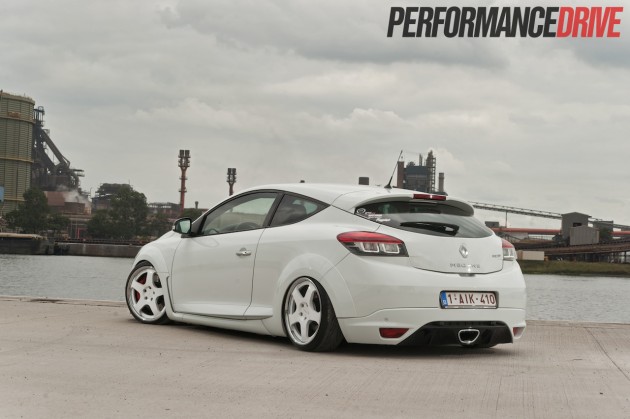 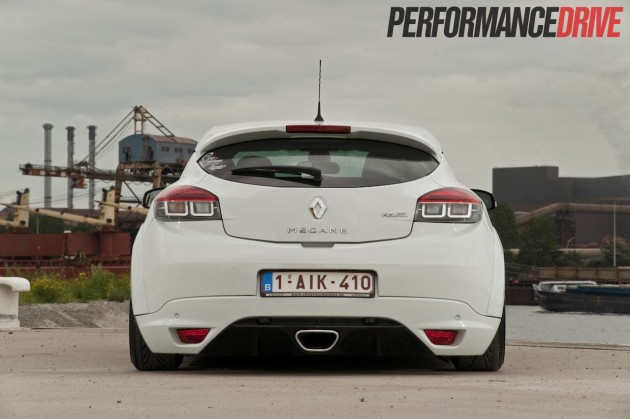 Marc De Gelder is the owner of the Glacier White Megane R.S. 250 before you. He was inspired to buy one after reading a magazine article that compared it with a Ford Focus RS, and a Volkswagen Scirocco R. “The Megane came out on top. The magazine reported that is was much faster in the bends and was the best value for money.”

Before Marc even got the car home he already knew what modifications were in line for his French super hatch. The first thing on Marc’s list was to slash the ride height. He opted to go for KW V3 suspension using an air ride setup. The setup allows Marc to set the ride height to his taste – up in the air, or slammed to the deck. 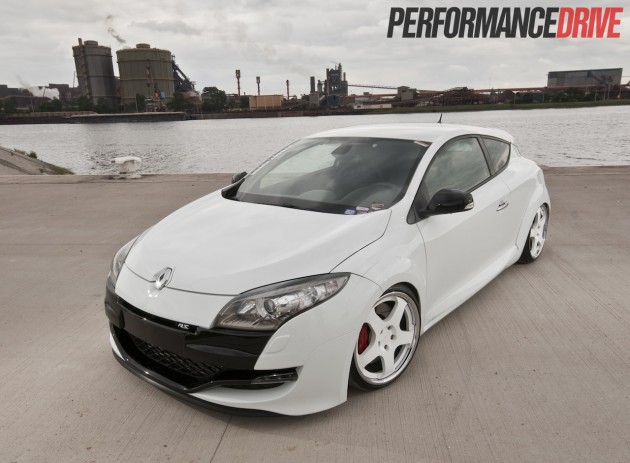 Next up, the wheels were swapped out. The Rotiform rollers took four months to order in, but that’s something you can expect when ordering custom wheels. “The day they arrived was euphoric. I wanted something special. I didn’t want a set of wheels that everyone had. Everything was measured up so that they would fit just the way I wanted them to. I had other brands in mind, but I liked Rotiform’s customer service.”

Fitted up with Toyo tyres, the wheels tuck nicely under the guards… when the air ride system is dialed to ground level.

Marc says that he gets a lot of positive feedback on the car, but admits there’s some naysayers that think it isn’t the real deal. “I always laugh when they say I have fake wheels. I have the papers to prove everything.” 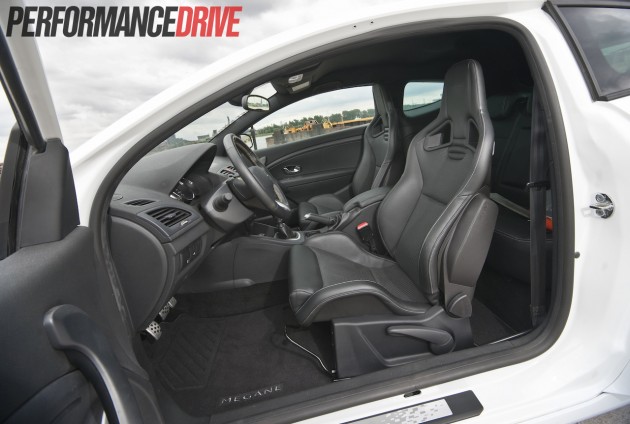 As far as engine performance mods go, Marc has fitted up a new intercooler, dump valve, and a cold air intake. The car is Marc’s daily driver, so keeping it drivable is very important.

“The car sticks to the road like glue, especially in the corners. It goes from 0-100km/h in just 6.2 seconds. That’s good enough performance for me.” 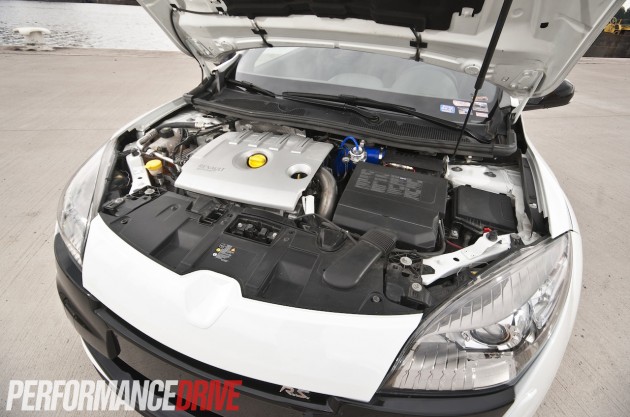 Down the track Marc is looking to modify the boot to expose his air ride install, and he’d also like to tidy up the back of the car to make it look neater.

As for his next project, Marc tells us he’ll consider a new car when Renault makes something very special. Hold onto your berets.