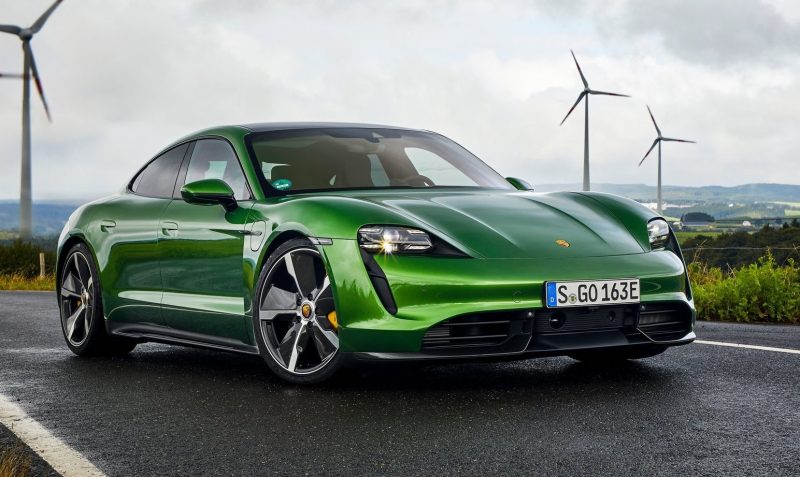 It’s that time of the year again. A jury of international judges (mostly car journos) put in their votes and the results are now out for the 2020 World Car of the Year awards. 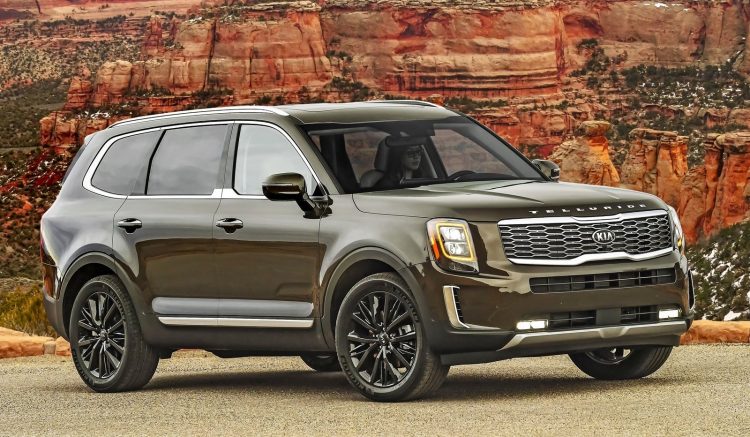 First up, the Kia Telluride has been awarded the top 2020 World Car of the Year trophy. What is it, you might ask. The Telluride is Kia’s largest SUV and, unfortunately, it isn’t sold in Australia. However, since it shares components with the Hyundai Palisade, and that is slated to arrive here later this year, there is hope for the Telluride as well.

Judges were particularly drawn in by the big SUV’s “occupant environment” (otherwise known as the cabin), giving this area a score of 8.1, with the same high score also given for value. The final score was 758 (see all scores at the bottom of this story). 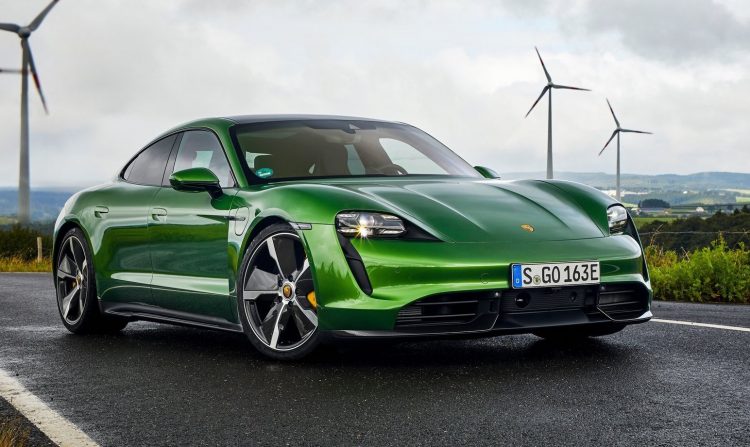 Next up, the Porsche Taycan fully electric sports sedan claimed 2020 World Luxury Car of the Year, with an overall score of 846. The sleek sedan also picked up the 2020 World Performance Car of the Year award, somehow scoring an even higher 867 under the same marking criteria. 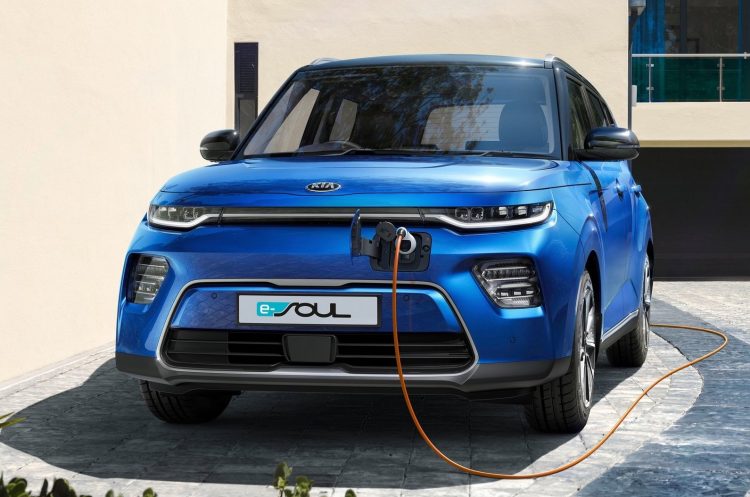 Taking home the 2020 World Urban Car of the Year award, which is essentially for eco-friendly city cars, is the Kia Soul EV. It received a total score of 751, outpacing the runner-up by almost 50 points. The Kia Soul EV is a fully electric model not sold in Australia. 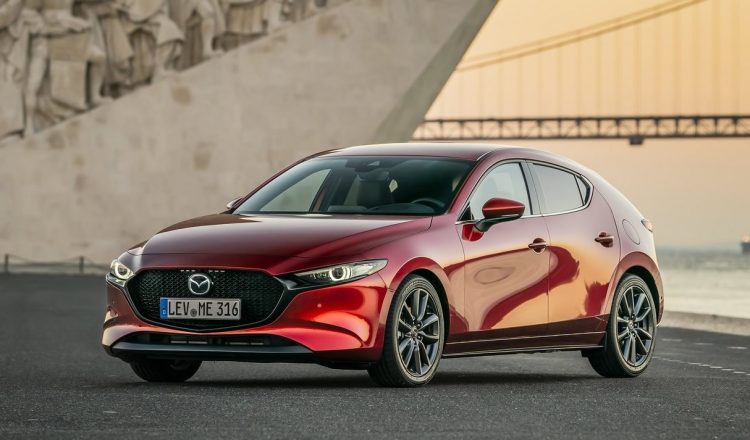 Lastly, the 2020 World Car Design of the Year went to the latest Mazda3. It was followed by the Porsche Taycan and Peugeot 208, with respective scores of 179, 177, and 144 – Porsche just missed out on taking home this award as well.

See below for the final scores for the top three vehicles in all categories (you can click on the image to zoom in if it’s too small). 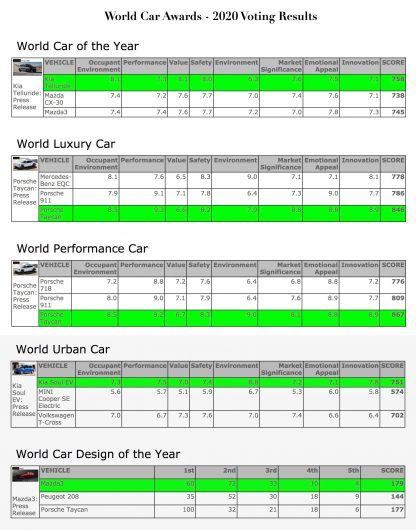