The first Lexus LFA featuring a chrome wrap in Australia will make its debut appearance at the 2012 Meguiar’s MotorEx car show this weekend. The $700,000 supercar is one of only 10 in the country. 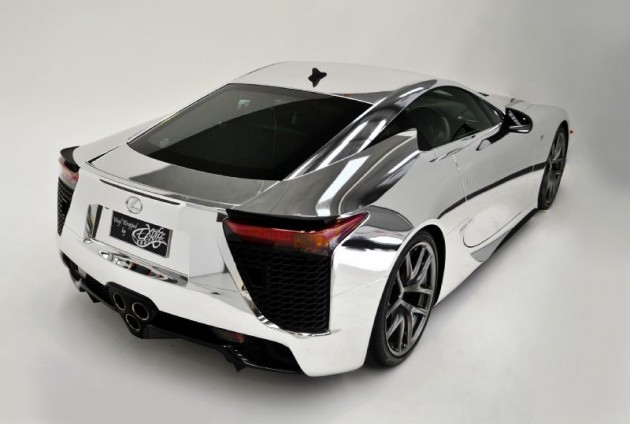 It’s fast becoming the latest trend all over the world, wrapping cars, from tinted coloured chrome to full shiny chrome like this LFA. The example is said to be not only the only chrome-wrapped LFA in Australia, but also the first in the world.

Just 500 Lexus LFAs have been made, with this example carrying the build number 304. It features, like all LFAs, a lightweight structure comprising of carbon fibre and aluminium. Up to 65 per cent is carbon fibre.

The chrome LFA will be on display at MotorEx, which runs over this weekend at The Dome, Sydney Olympic Park, in Homebush.