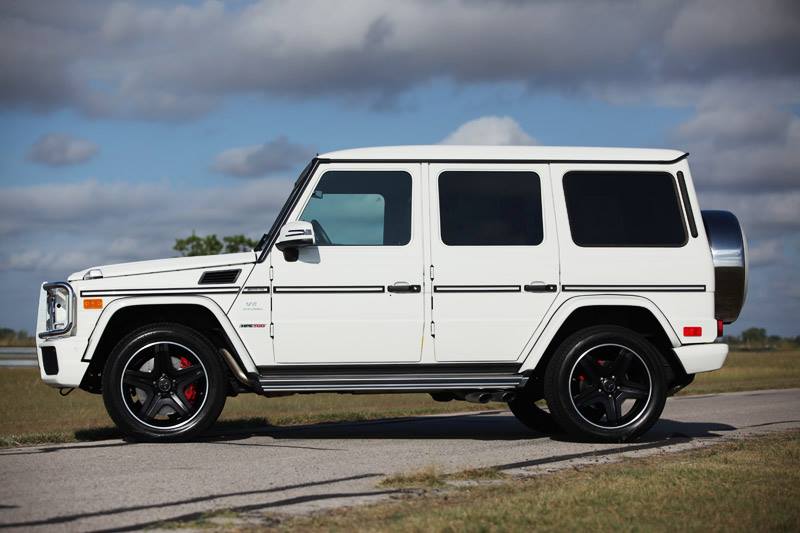 The Mercedes-Benz G 63 AMG is already one of the coolest vehicles around, with its military-style design, pure luxurious interior, and its hugely powerful V8 engine of course. Hennessey Performance has come up with an idea for it. 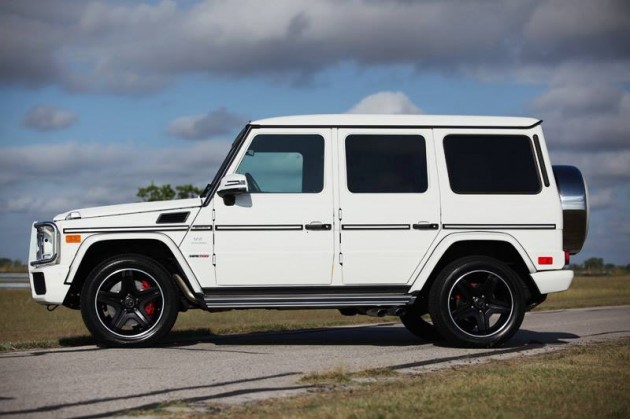 To amplify the SUV’s personality, Hennessey Performance has come up with one of its ‘HPE700’ tuning packages. Usually these upgrades are applied to modern American muscle cars.

For the mighty Merc, the HPE700 kit includes a custom HPE air intake system to allow the factory 5.5-litre twin-turbo V8 to breathe easier, as well as a retuned engine computer to optimise boost and throttle mapping.

As a result, the G 63 no longer produces 400kW and 760Nm. Nope, now it serves up a whopping 530kW and 1085Nm. As far as we know the standard seven-speed dual-clutch auto remains unchanged.

What doesn’t remain unchanged is the performance. In standard form the G 63 is able to cover 0-100km/h in 5.4 seconds. It’s now able to make a Nissan GT-R feel weak and powerless. (See the video below.)

Customers don’t have to stop at the engines mods. You can also option for tweaked suspension, wheel and tyre packages, and even cosmetic details such as carbon fibre trimmings. Best yet, the HPE700 tune is covered by a three year/36,000km warranty.