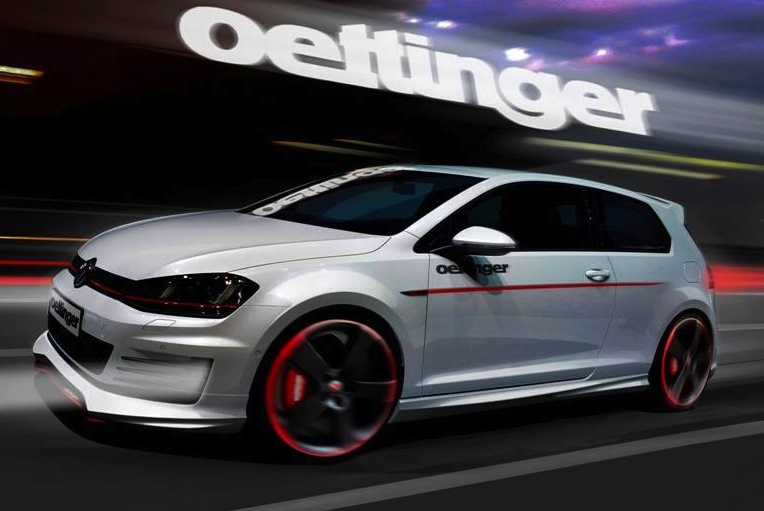 Even though the Volkswagen Golf GTI Mk7 has only just gone on sale in some markets, Oettinger has announced some preliminary details of an upcoming upgrade program it has planned for the popular hot hatch. 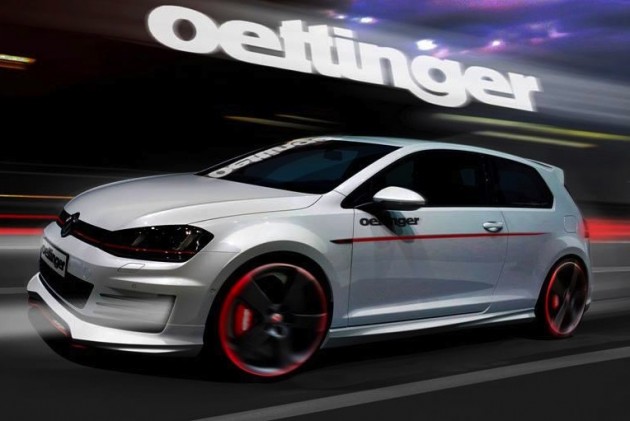 Starting with the styling, the Golf GTI has always held a modest character, with discreet enhancements here and there. Oettinger is planning a full bodykit with extended skirts around the circumference of the car, a sharper and lower front spoiler, and a chunky rear diffuser.

There’s also a rear spoiler on the hatch with special ‘R-Flaps’ for that racy look, as well as a set of ‘Black Redline’ 19-inch Oettinger alloy wheels with a 50mm offset. These will be available in black and silver as well. (The complete styling package will be universal for the Golf GTD.)

Under the bonnet is where things get even more interesting. Thanks to a new intercooler, a custom freer flowing air intake system, a full sports exhaust, and engine computer tuning, power output is set to top out at a monstrous 257kW. This will make it an absolute weapon of a hatch.

To help the GTI cope with the added performance, the company will also offer an adjustable suspension upgrade as well as a beefier clutch, limited-slip differential, and uprated brakes.

The package will hit the market in August.