Is it moral to destroy a replica of one of the world’s most iconic vehicles? That’s what has happened here. A ground-up Mercedes-Benz 300 SL Gullwing build has been confiscated in Germany, and cut up and put in the bin. 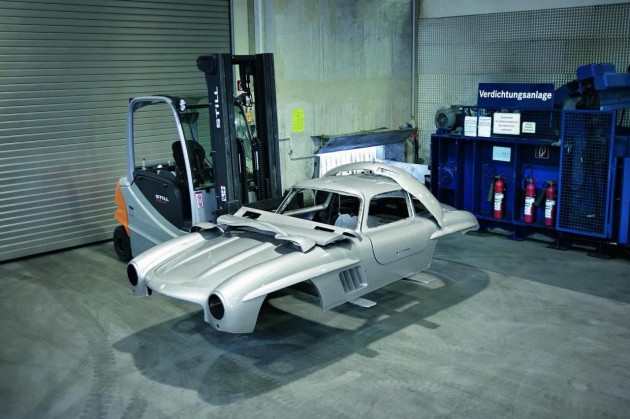 The owner was putting the finished project through customs when German officials stepped in. The replica used a 148kg fibreglass body in the exact shape of the legendary Gullwing.

The confiscated build was taken to Mercedes-Benz parts facilities where the company separated the body from the chassis. The components were then subjected to 30 tonnes of pressure using a special jig made up for destroying discarded prototypes.

Mercedes-Benz parent company Daimler is using this example to reiterate its stern position on copyright infringement.

What do you think? If someone has put in all the hard work to recreate a classic, so long as he/she doesn’t falsely represent it as an original, should these consequences be implemented more often?

Mercedes-Benz has unveiled its all-new 2023 AMG C 43 performance model, based on the new C-Class, while confirming it will...

Mercedes-Benz has lifted the lid on the sixth member of its all-electric EQ family, with the unveiling of the EQS...