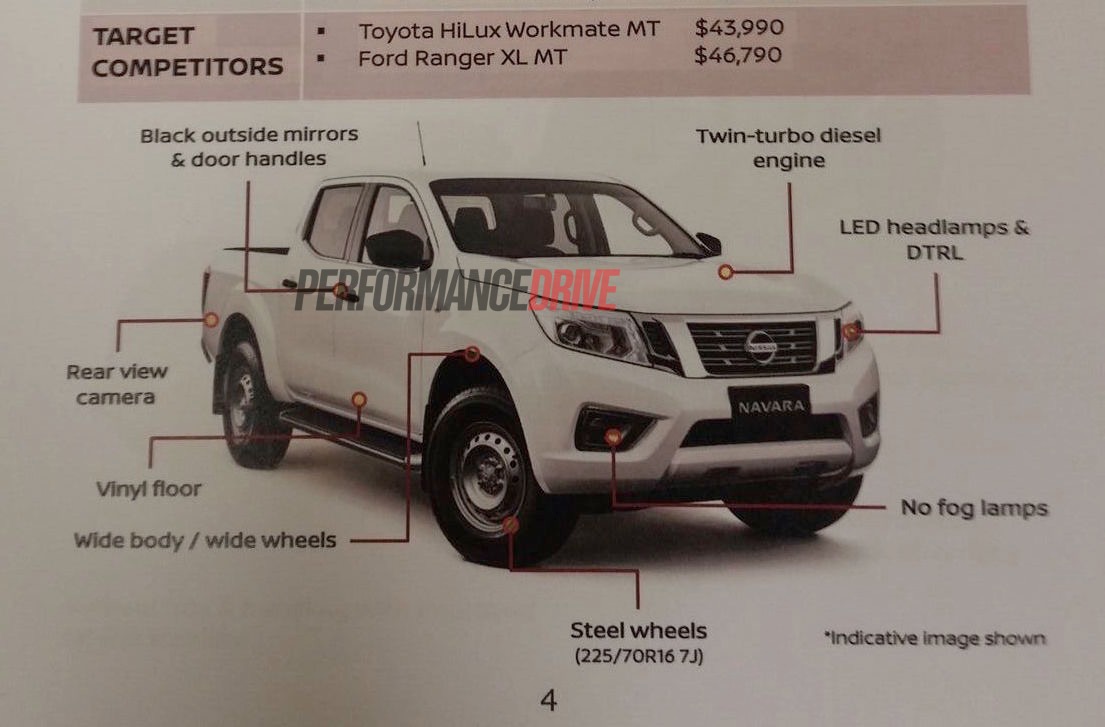 Nissan Australia will soon introduce a range of updates as part of the 2017 Nissan Navara Series II launch for the dual-cab lineup, PerformanceDrive has learned, bringing revised specifications while introducing a new SL variant. 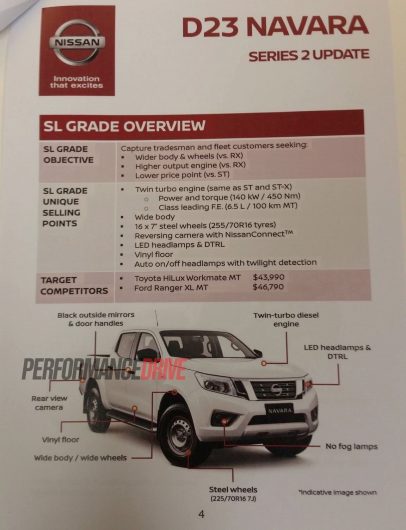 According to leaked documents, the D23 Navara Series II will welcome an SL ‘tradie’ grade to the lineup sitting beneath the mid-spec ST and above the RX. This will be Nissan’s answer to models like the Toyota HiLux Workmate and Ford Ranger XL.

The SL comes with the same twin-turbo diesel engine as featured in the ST and ST-X, producing 140kW and 450Nm. On the combined cycle in manual transmission form it consumes just 6.5L/100km, leading the class, according to Nissan.

As for the rest of the Navara Series II range, Nissan has implemented some suspension tuning for the dual-cab 4×2 and 4×4 models for a “slightly firmer yet rounded ride” with “improved stability”. The revisions consist of new front dampers, rear springs, rear dampers, and rear rebounder dampers.

PerformanceDrive understands the new dual-cab lineup will comprise of the RX, SL, ST, ST-X, and the ST-X with sunroof. Further details and prices are expected to be announced very soon.