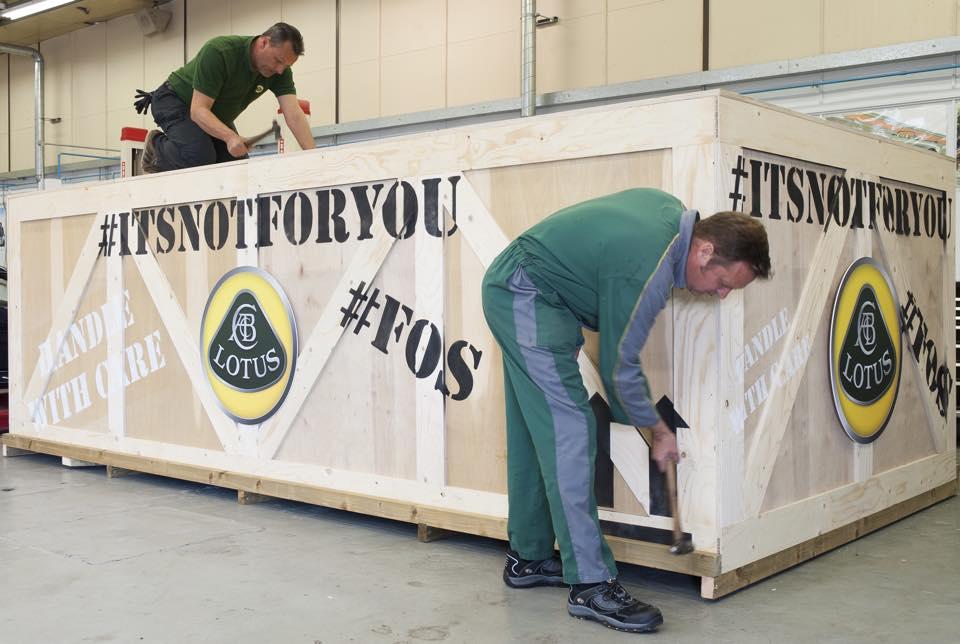 With the Goodwood Festival fast approaching, Lotus has given us a first-glimpse at what may turn out to be a completely new model, tipped to be called the 3-Eleven. 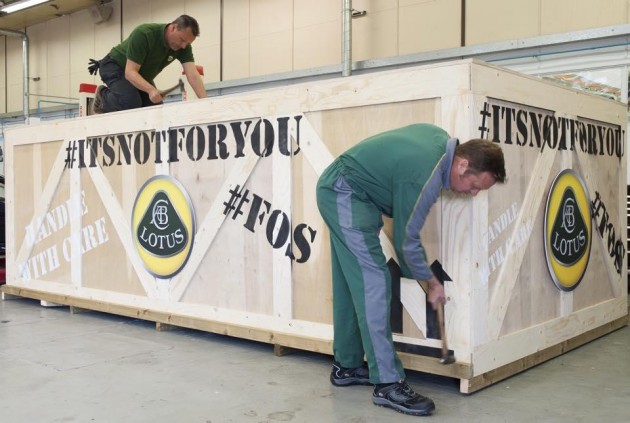 The 3-Eleven is set to follow in the footsteps of its predecessor, the 2-Eleven, sticking closely to the recipe of low weight and a hell-of-a-lot of power.

Whilst Lotus has not confirmed any details of the new model, it will be unveiled at the Goodwood Festival of Speed this year as signified by the #FOS hashtags on the transport crate. Power is slated to come from a supercharged 3.5-litre V6, borrowed from the Exige S.

Kerb weight is expected to be lower than a Vegan’s blood pressure, with estimates ranging between 800-900kg. Either way, combined with a supercharged V6, you can imagine Ariel Atom-rivaling performance to be on offer.

The 2015 Goodwood Festival of Speed runs from June 25-28. Look forward to plenty of coverage from the PD team.