A pre-production Jaguar F-Type has already been involved in a nasty crash, despite the new sports car yet to officially go on sale. It’s understood media from the UK were behind the wheel at the time. 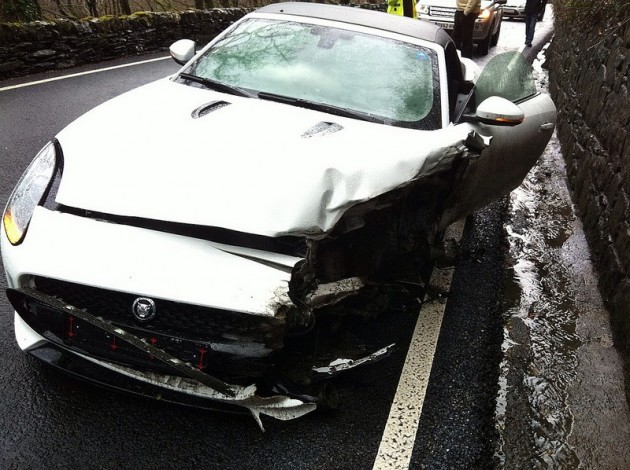 Sometimes manufacturers allow the media to sample new models still in late-prototype form. This gives the company an opportunity to get in some early marketing and build up anticipation. It also makes way for some early feedback before production is officially commenced.

In this case, it seems a UK publication – unknown which one exactly at this stage – was a little too excited behind the wheel during a test drive and steered the exquisite Jag into a wall.

Judging by the extent of the damage, which forced the front corner of the the car right in and up towards the A-pillar, the crash would have happened at a decent speed.

According to reports, nobody was injured in the crash. As for the Jaguar, it’s likely to be recycled and reproduced in some way.

For Jaguar, the F-Type is the company’s sexy, nimble, and energetic new sports car that will expand its product portfolio and potentially bring in a new range of (younger generation) customers.

Australian market entry will take place during the third quarter of this year.