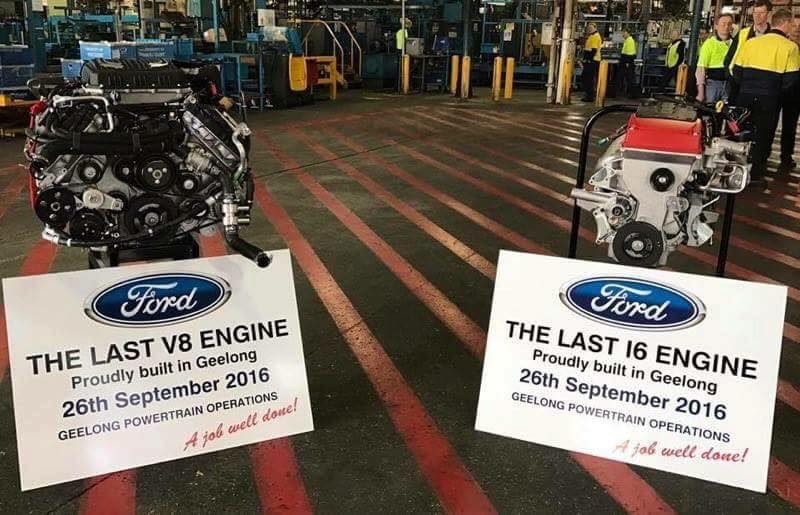 Pictures of the last 5.0-litre ‘Miami’ supercharged V8 and last ‘Barra’ 4.0-litre inline six ever to be built at Ford’s Geelong plant are circulating social media, ahead of the planned October 7 shutdown date. 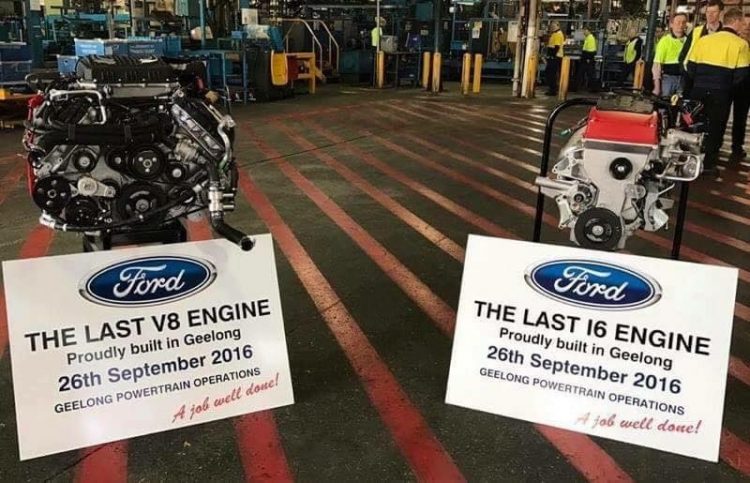 This means all the engines destined for final allocation of Falcons and Territorys are built and ready to be installed, possibly not including the Spanish-built 2.0-litre turbo ‘EcoBoost’ four-cylinder.

This ends a legacy which began in 1925 when Model Ts started assembly in an old Geelong woolstore. The Barra can trace its lineage back to the 2.4-litre engine of the 1960 XK Falcon, sharing the same bore spacings, but since then has become larger and more advanced.

Ford Australia hasn’t revealed which variant will be the last car to roll off the Broadmeadows line on October 7, other than to say it will be a Falcon. This car will most likely be sent to Dearborn, Michigan to be archived like the former Ford Discovery Centre exhibits, unless it is auctioned for charity.

After Ford’s Australian-made chapter ends, the countdown begins for Holden and Toyota to wind down local production ahead of the Commodore and Camry being replaced by imported versions. As we’ve reported before, both Holden and Toyota have special editions planned but the former’s will be a bit more special and commemorative than the latter.