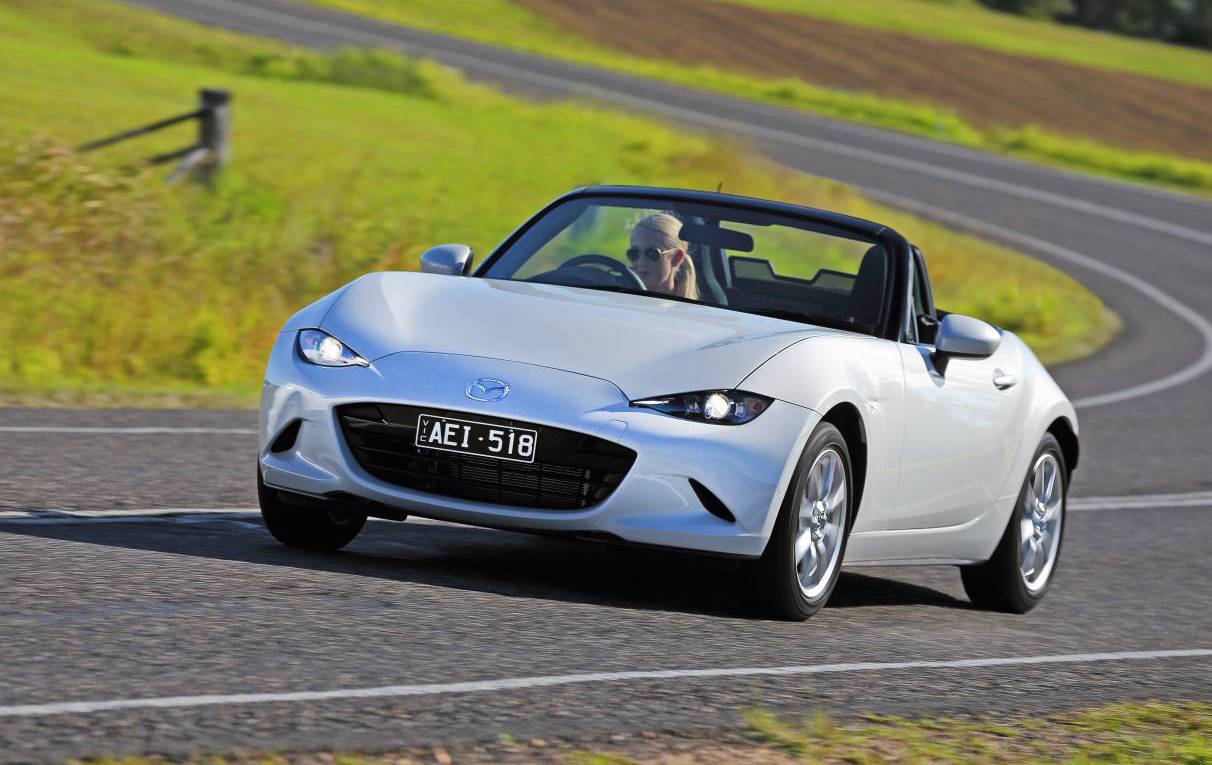 The all-new Mazda MX-5 has landed in Australia, bringing a fresh design, new powertrain combinations, and improved economy to the world’s most popular two-seat roadster. Local buyers are offered two level grades, including the Roadster and Roadster GT. 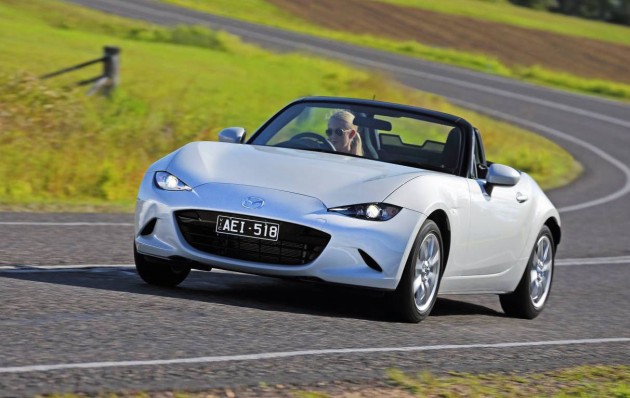 It’s hard to believe the MX-5 was originally launched in Australia over 25 years ago, back in 1989. Since then almost 17,000 local punters have bought one, making it the most popular convertible sports on the market.

The new, fourth generation ’ND’ model will initially be available with a 1.5-litre naturally aspirated engine producing 96kW of power and 150Nm of torque. Buyers can choose between a six-speed manual or automatic, both with rear-wheel drive in true sports car fashion.

Despite the drop in power for the 1.5 from the outgoing 1.8L, the new MX-5 is over 90kg lighter in weight. It tips the scales at 1009kg in its lightest form, promising a fun and agile driving character. Mazda says there’s also a new suspension setup for improved turn-in, and a higher level of stability and control under braking and through corners. Drivers use a Mazda-first double pinion electronic power steering system.

Inside, the interior decor blends in with the modern and crisp layout used on all of the company’s latest showroom models. Cruise control, a tyre pressure monitor, and six-speaker stereo with USB/Bluetooth connectivity is standard on the base model. For the upper GT variants the dash welcomes an MZD Connect interface with a 7.0-inch touch-screen. It combines all of the on-board infotainment functions into one.

All 1.5L models come with 16-inch alloy wheels (2.0L gets 17-inch items) as well as a fabric folding roof. A limited-slip differential is also standard on all manual transmission models. 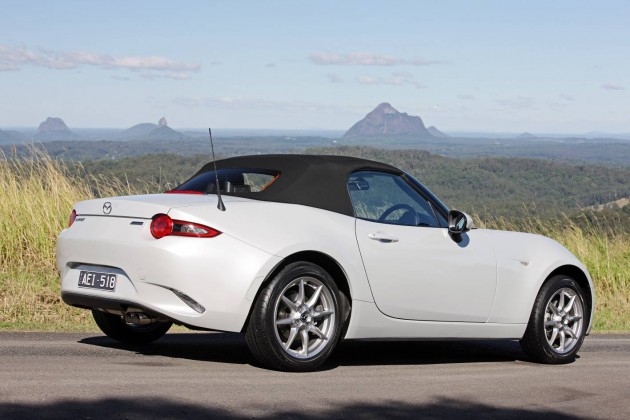 It’s expected to be one of the most popular sports cars in its segment when it officially hits showrooms on August 10. See below for the starting prices (excludes on-road costs):