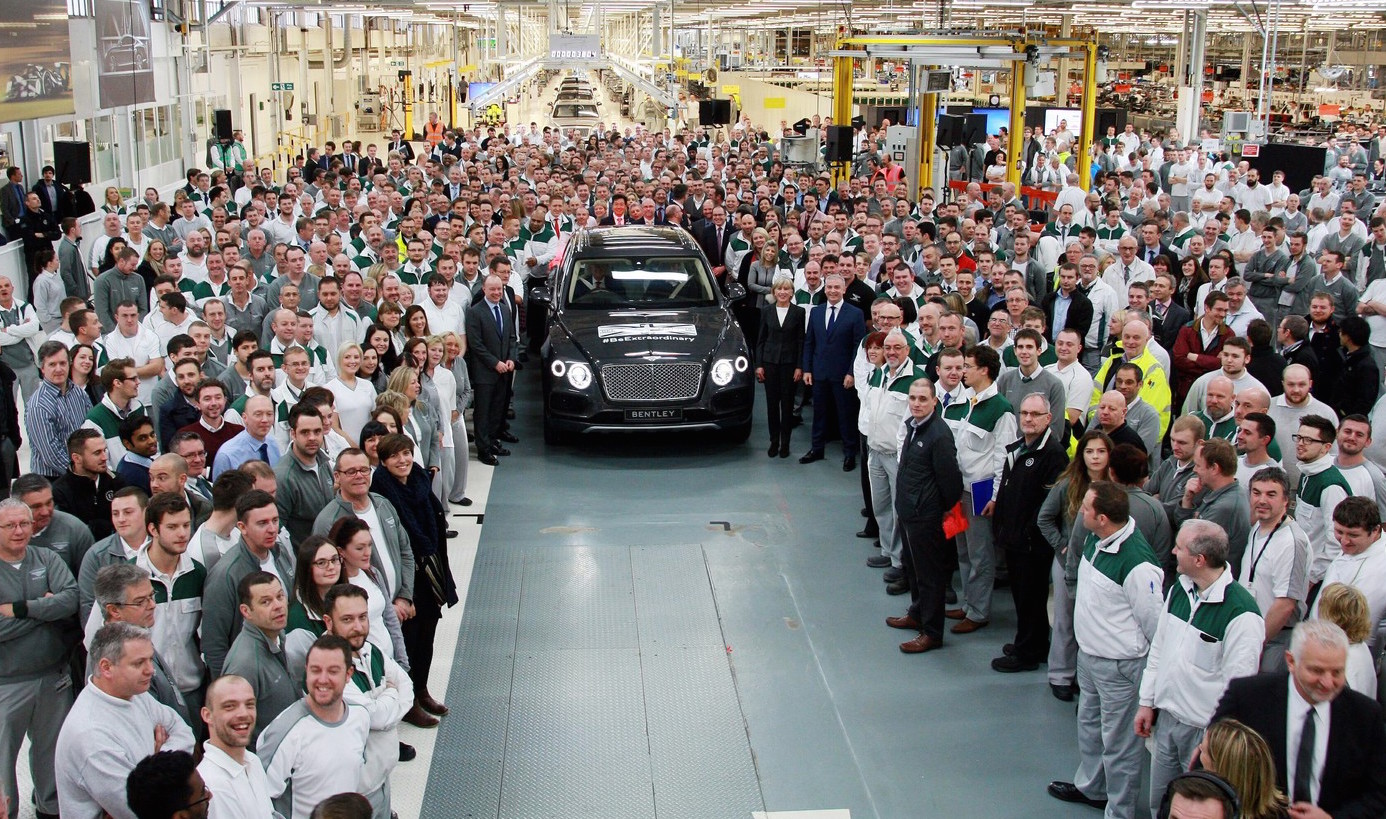 The first Bentley Bentayga has rolled off the production line in Crewe, UK, marking a significant milestone in the company’s so far SUV-less history. 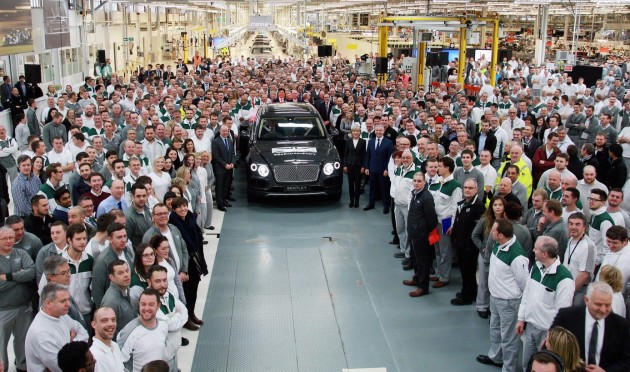 For those who haven’t heard of it, the Bentayga is not only Bentley’s first-ever SUV, it will also be the most expensive, most luxurious, and most powerful production SUV to ever hit the market.

Under the bonnet is a new 6.0-litre TSI W12 engine thumping out 447kW of power and 900Nm of majestic torque. Performance figures haven’t been mentioned but the company says it will be the fastest SUV on the market, remembering most of the high-powered German offerings are limited to 250km/h.

Bentley says that around 1500 UK jobs were created in the development of the Bentayga, which started out as a concept vehicle four years ago. This was all part of an £840 million investment plan. Wolfgang Dürheimer, chairman and chief executive of Bentley Motors, said:

“Bentley Bentayga will be the benchmark against which all other SUVs are measured, defining a new segment – the luxury SUV. This car is a celebration of UK manufacturing at its very best, not only reinforcing our commitment to industry in this country, job creation and significant investment, but to our home in Crewe.”

The specific first model to be produced was an Anthracite colour example, which was handcrafted over about 130 hours of work. This included going through a new paint shop, assembly line, and body store at the Crewe facility.

Strangely enough, UK prime minister David Cameron was called in to provide comment on the occasion. He was quoted as saying:

“The Bentayga represents an ambitious £800 million investment into the Crewe factory backed by £9.5 million from the Regional Growth Fund. It has created hundreds of valuable skilled jobs for the area and secured the future of production onsite.”

Customer deliveries of the first roll out are scheduled to take place in January 2016. Australian prices are yet to be announced, but it will probably be the most expensive model in the lineup, sitting above the $733,387 Bentley Mulsanne Speed sedan.