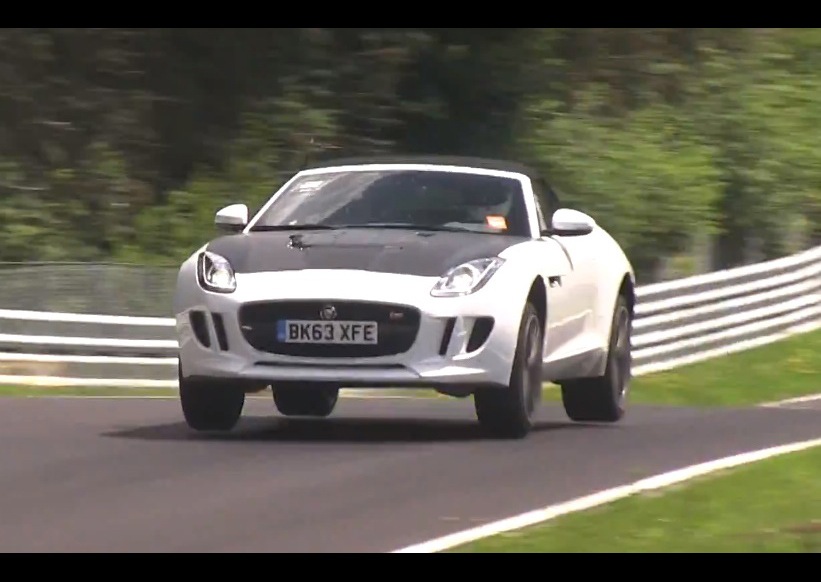 A handful of mysterious Jaguar F-Type prototypes were spotted on the Nurburgring recently, suggesting Jaguar is planning something special for the raunchy model. 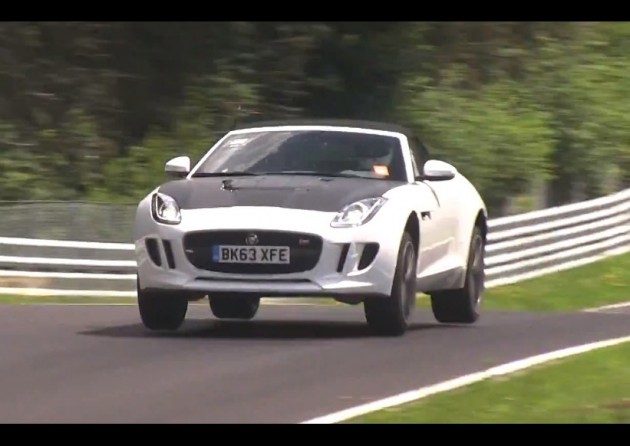 It’s pretty much anyone’s guess as to what Jaguar is up to here. Some believe engineers are testing different suspension setups for a special ‘RS GT’ version that could be on the way, while others predict a ‘Club Sport’ package could be in the works.

Jaguar is building more and more projects via its new Special Operations division. Maybe something is on the way from this department? The company revealed a bespoke F-Type Project 7 concept earlier this year, which is set to go into production.

There are currently four different engine options for the F-Type coupe, and three for the convertible. The coupe is available with either a 364kW 5.0-litre supercharged V8 or a 405kW version in the case of the R, while the F-Type V8 S convertible is only available with the 364kW output.

Two tunes of a 3.0-litre supercharged V6 are also on offer, with either 250kW or 280kW. These can be had in both drop-top and coupe forms.

Click play on the video below, provided by TouriClips YouTube channel, and feel free to tell us what you think is going on here.