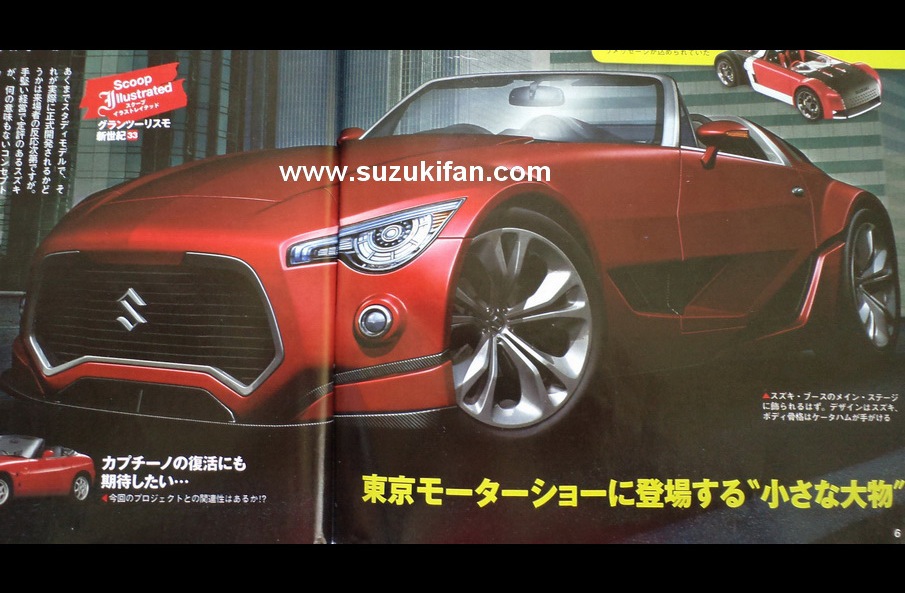 Remember the Suzuki Cappuccino pint-sized sports car from the mid 1990s? It seems Suzuki could be planning a modern interpretation of the compact roadster. 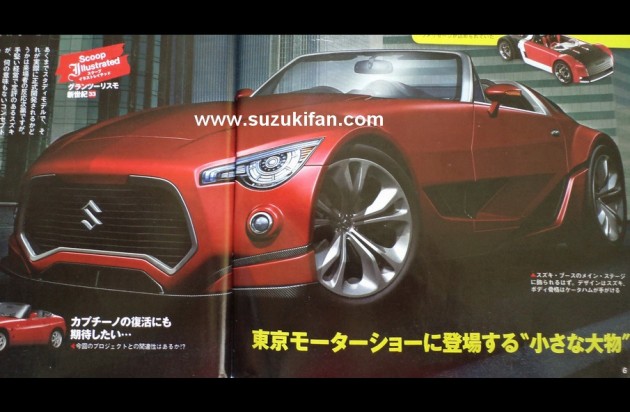 Rendered images were recently found by Suzukifan.com in a Japanese magazine depicting a potential future Cappuccino. Although the images are simply mockup drawings, rumour has it the Japanese company might be thinking of reintroducing the nameplate.

The Japanese market is full of what are called ‘Kei’ cars; very small city cars. The original Cappuccino introduced fun to the segment, proving compactness and fuel efficiency could be blended in with a genuine driver’s car layout. 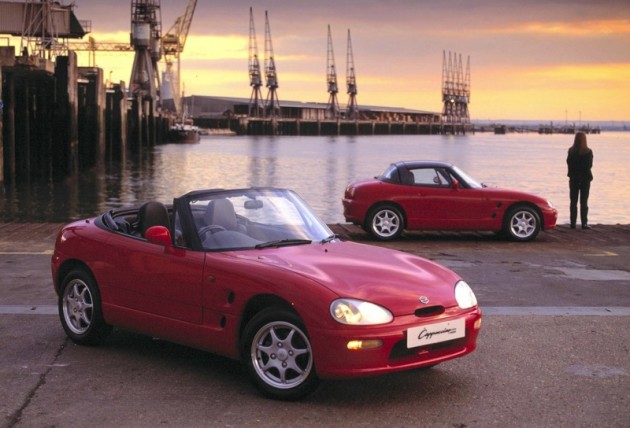 Like the original, which was powered by a 660cc turbocharged three-cylinder engine with rear-wheel drive, a new model would likely showcase a similarly small engine that’s ultra-efficient, and rear-wheel drive.

It is only early days yet. We’ll be sure to keep you updated with any official word.