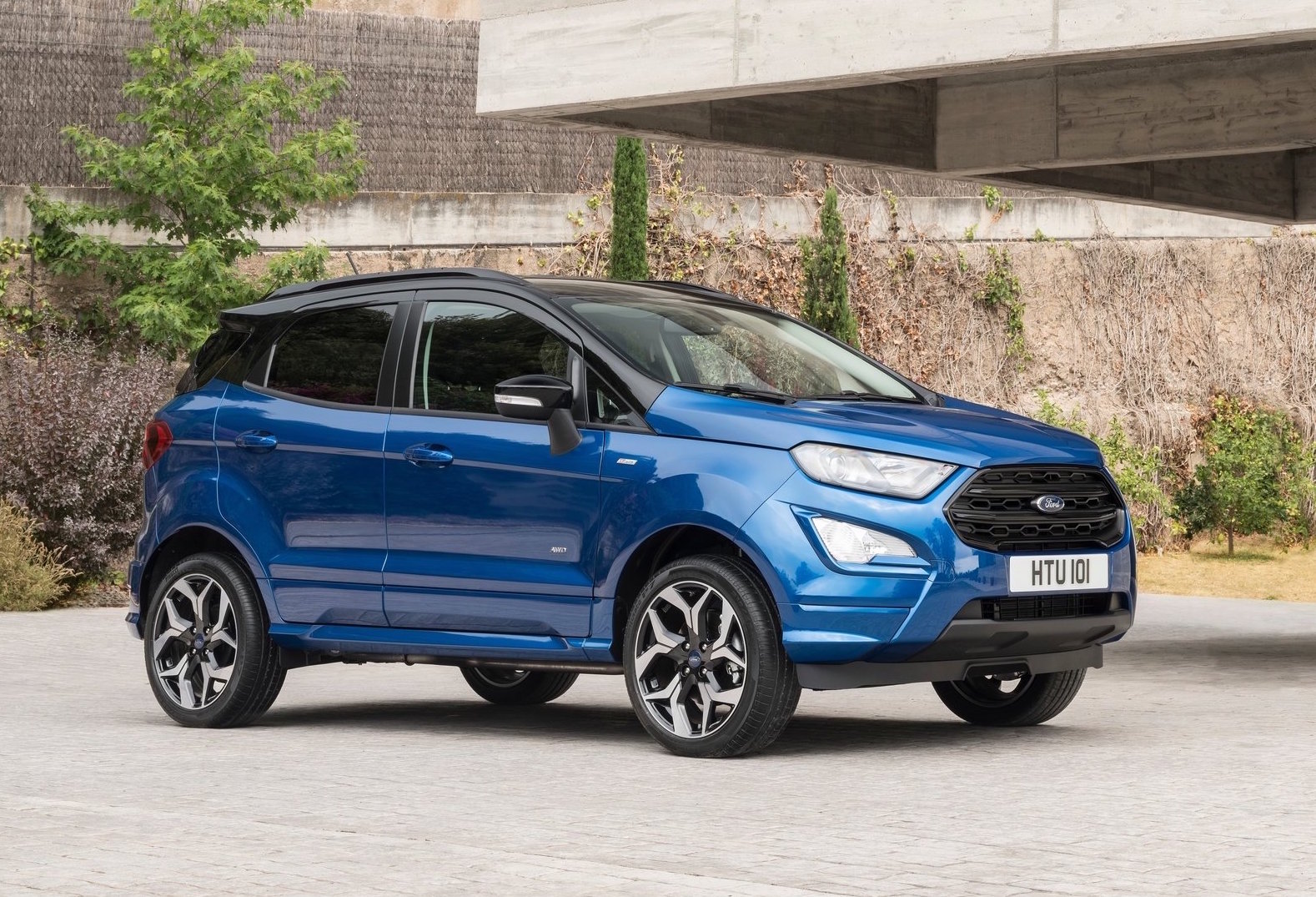 The recently leaked 2018 Ford EcoSport update has now been officially revealed. And yes, there is a new ST-Line package as part of the update. 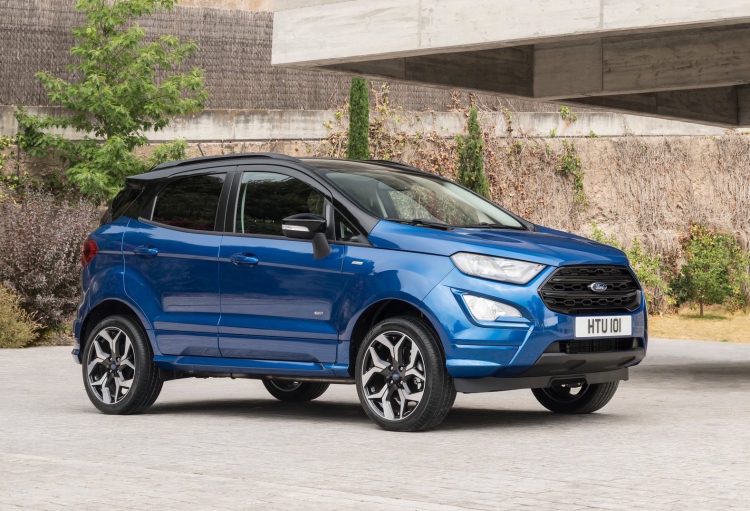 We wouldn’t get too excited though, it’s not a proper ST model. Instead, it’s simply inspired by ST models such as the Fiesta and Focus. It comes with unique front and rear bumper bars, 17-inch alloy wheels, and a contrast roof. Meanwhile inside, the interior is enhanced with a sports steering wheel, bespoke partial leather seats, red stitching, and ST-Line sill plates.

In terms of the regular variants, model year 2018 gets revised exterior styling with 12 different colour options, and new 17- and 18-inch alloy wheel designs that are available in a range of finishes. 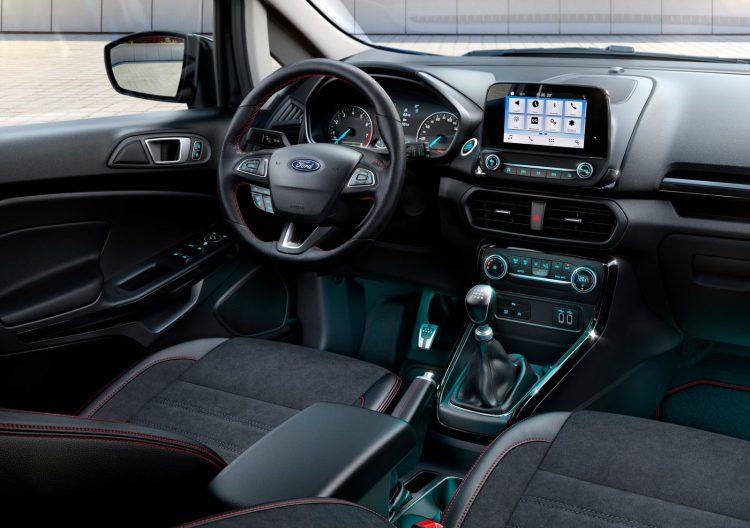 Some big changes are also made to the interior. Ford says it has cut the amount of buttons from the dash for easier use and a cleaner look, with softer materials, a new centre console, and new seats promising improved ergonomics. There’s also adjustable mood lighting.

For the dash Ford has fit up its latest SYNC 3 infotainment package which comes with Android Auto and Apple CarPlay technology. Screen sizes range from 8.0, 6.5, and down to 4.2 inches, depending on the variant. All come with two USB ports and Bluetooth connectivity.

The biggest news for the technical stuff is the introduction of all-wheel drive, available for a new 1.5-litre EcoBlue diesel engine. The all-wheel drive system, using 50:50 front and rear torque split, gives the EcoSport a competitive edge in the specific market segment, with most rivals only offered in front-wheel drive form.

The 1.5 diesel produces 92kW and 300Nm, paired with a six-speed manual, offering a fuel consumption average of just 4.5L/100km. A 74kW version will also be available with front-wheel drive, while petrol lovers can select the 1.0-litre turbo three-cylinder that now churns out 103kW.

Some tweaks have been made to the ride and handling, with optimised springs, dampers, and steering gear, and updates to the rear axle twist beam and stability control system for an improved drive experience.

The new model will go on sale in Europe later this year, with an Aussie debut expected shortly after. Ford Australia hasn’t had massive success with the EcoSport here, with year-to-date sales (as of August) currently at 987 units. This is down 22.5 per cent from the same period in 2016. It currently consumes 1.5 per cent market share.