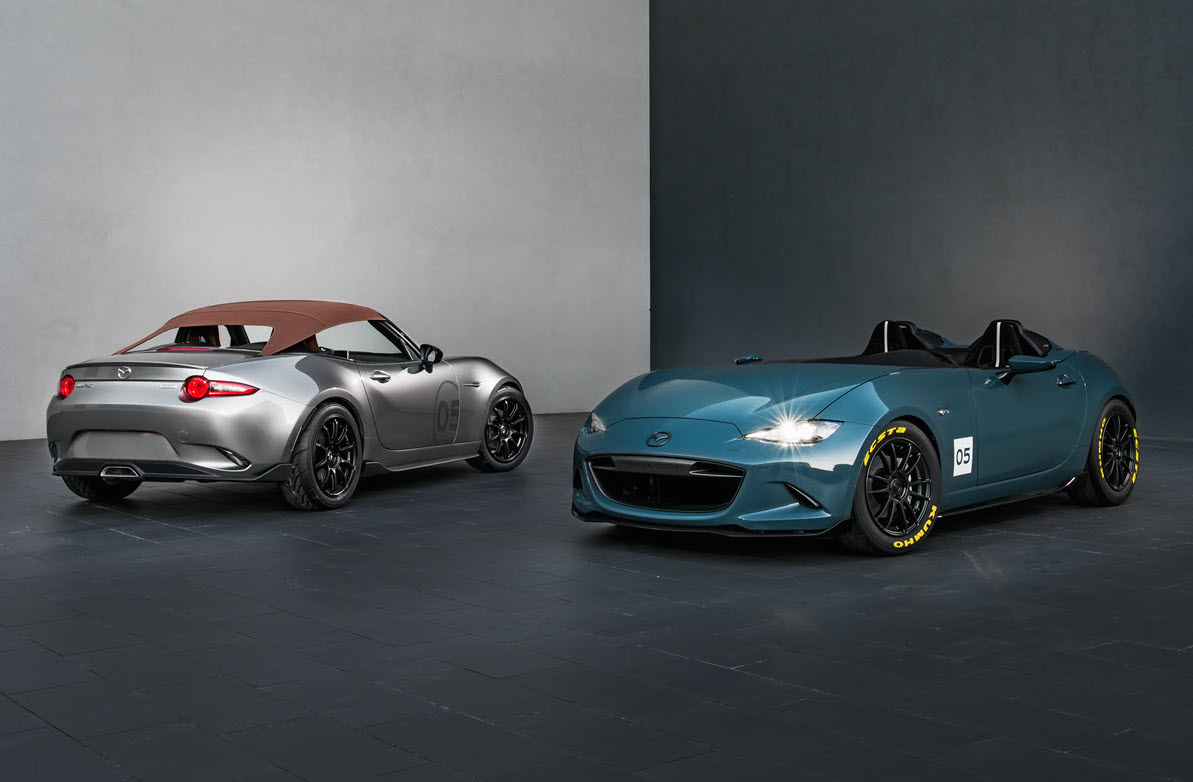 Mazda has unveiled the MX-5 Spyder and Speedster concepts it previewed last week, showing some potential layout avenues the company could take with the popular roadster. 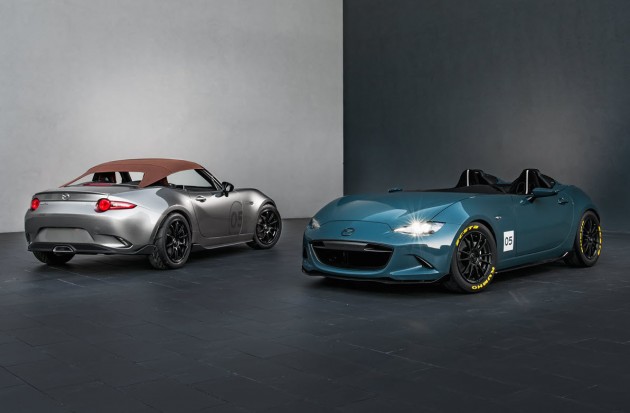 The concepts were unveiled at the 2015 SEMA Show which is just getting underway now in Las Vegas. Both are based on the all-new MX-5, with the Spyder going for a street racer theme while Speedster goes for a seriously stripped out character.

Equipped to the Spyder are a set of lightweight 17-inch Yokohama Advan Racing RS II wheels, using a 42mm offset, hiding a set of Brembo four-piston front brakes. Mazda has also swapped the factory suspension for a complete coilover kit.

Other highlights include a pair of Spinneybeck Prima seats with full grain leather, and a Mercury Silver exterior colour scheme. In the engine bay sits the standard 2.0-litre VVT four-cylinder engine which produces 115kW in factory form. In a package weighing just 1043kg, it provides a desirable power-to-weight ratio.

If low power-to-weight ratios are what you want, the Speedster is a bare-essentials version with a deflector windscreen, 16-inch lightweight RAYS 57 Extreme Gram wheels (with a 45mm offset), and a pair of carbon fibre seats in Alcantara.

“Both MX-5 Spyder and MX-5 Speedster are uncompromising designs that highlight the core strengths of MX-5. With the all-new 2016 MX-5, we have a clean sheet to show how the aftermarket can go wild on our flagship sports car while staying true to its mission.”

Unfortunately, there are no plans for Mazda to put these into production any time soon but they do give you some inspiration if you’re thinking of modifying your MX-5.