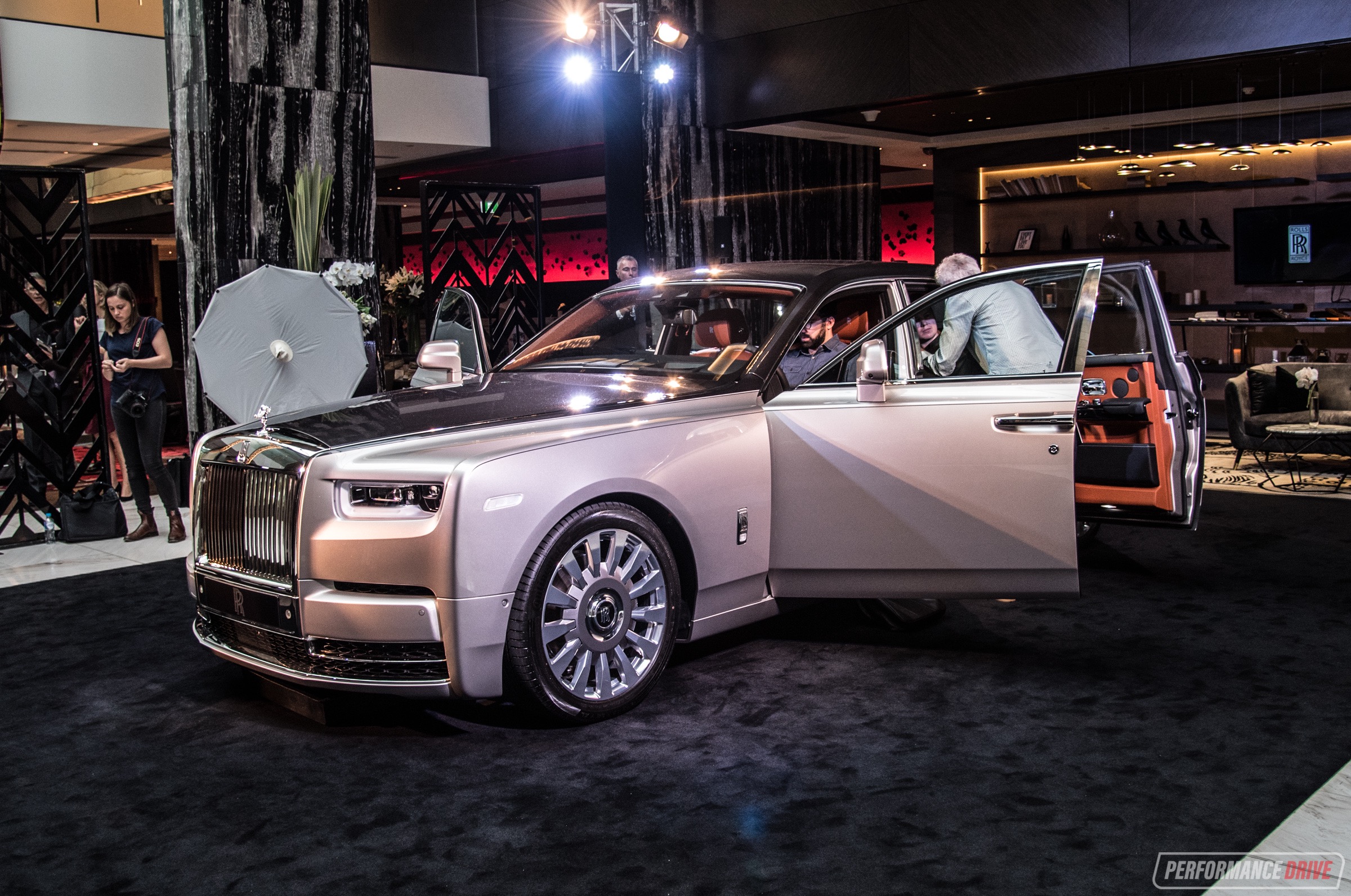 At the pinnacle of automotive luxury, attention to detail, and opulence, is the new Rolls-Royce Phantom. If you have a spare AU$950,000, it can be yours. 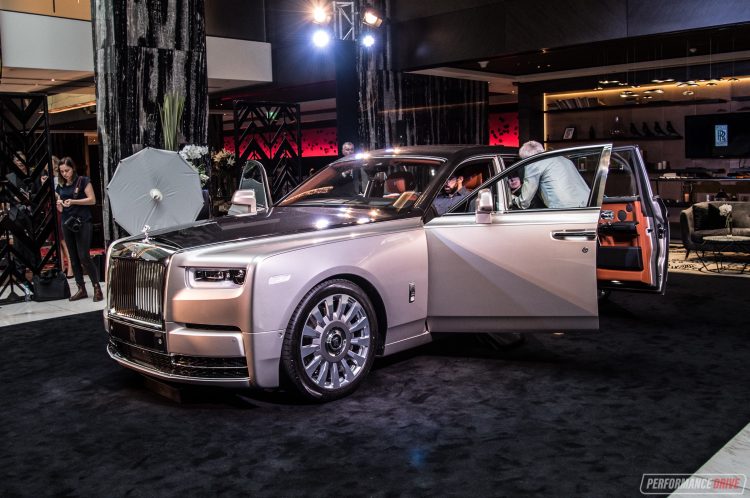 The new Phantom VIII was revealed to the world in July, showcasing a completely new body made from aluminium with a fresh spaceframe platform underneath to increase rigidity by around 30 per cent compared with the previous model.

It might look pretty similar to the old model, but it’s not until you sit and stare at it for a good few minutes, as we did at the Australian debut in Sydney today, that you begin to notice the attention to detail and the more modern design cues.

At the front you’ll notice the exquisite, vertical chrome grille that now wraps around to meet the front edge of the bonnet. This replaces the old setup which had the grille essentially tacked onto the front end. The LED-encompassed laser headlights, capable of reaching 600 metres, are also well integrated into the slab-like front end, giving the impression the body is carved out of a billet of stainless steel or granite.

Around at the back the boot lid rests on top of the body in a rather elegant fashion, harking back to classic cars of the 1930s and ‘40s. It sweeps down very low as well, with properly integrated rectangular exhaust tips that look like that are blended directly into the body structure. 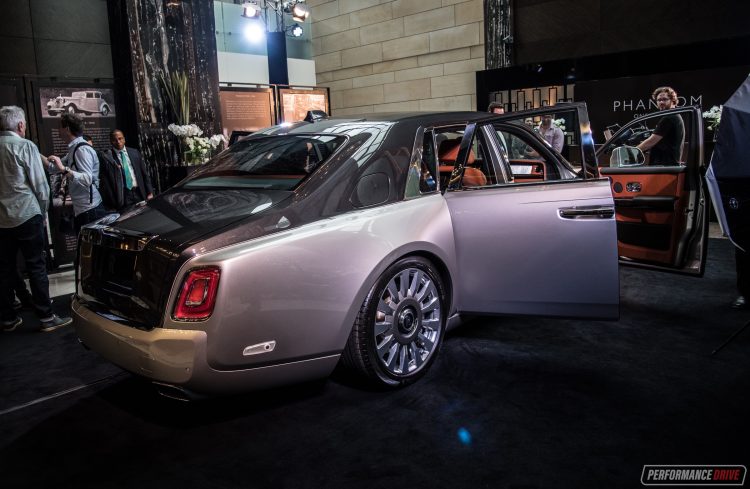 There are a few traditional highlights carried over from the previous model, including the pop-out umbrella from the rear door and the star-like ceiling lighting, but there are also some very cool modern touches. The LCD multimedia interface is new, and appears to be lifted from parent company BMW. It can be completely concealed to retain a clean and clutter-free layout, with a hand controller system on the centre console that can also be hidden away. You don’t have to bother yourself – or your driver – to open or close any of the doors, as they are all electrically operable.

Glancing around the cabin, the attention to detail is incredible. Every surface and every control looks and feels like it was painstakingly handcrafted or machined. Even the plush floor mats are as soft as the finest fluffy bear you’ve ever cuddled. The chrome switchgear has distinct tacitly only associated with things that are super expensive.

Rolls-Royce says there is around 130kg of sound insulation in the new car to help make the on-road cabin experience as hush as possible. There’s also 60 per cent more air within the air suspension system for improved response over bumps, while the laminated glass is now 6mm thick for extra insulation. 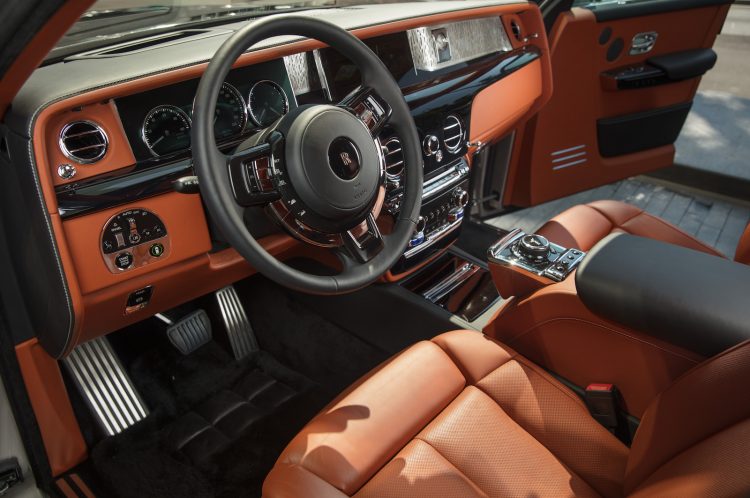 Driving is made pleasurable thanks to a 6.75-litre twin-turbo V12 capable of whooshing out 420kW and 900Nm of majestic torque. Behind the engine is a ZF eight-speed automatic, allowing the land yacht to travel from 0-100km/h in a dashing 5.3 seconds.

Even though handling is not usually a characteristic important in the makeup of the Phantom, engineers have implemented a four-wheel steering system. This helps to not only improve the car’s turning circle, but also enhance highway stability and control around long sweeping bends.

The new model is available to order now with prices starting from $950,000 for the standard wheelbase, or $1,100,000 for the long wheelbase model. From there it all depends on your options and the level of personalisation you apply.