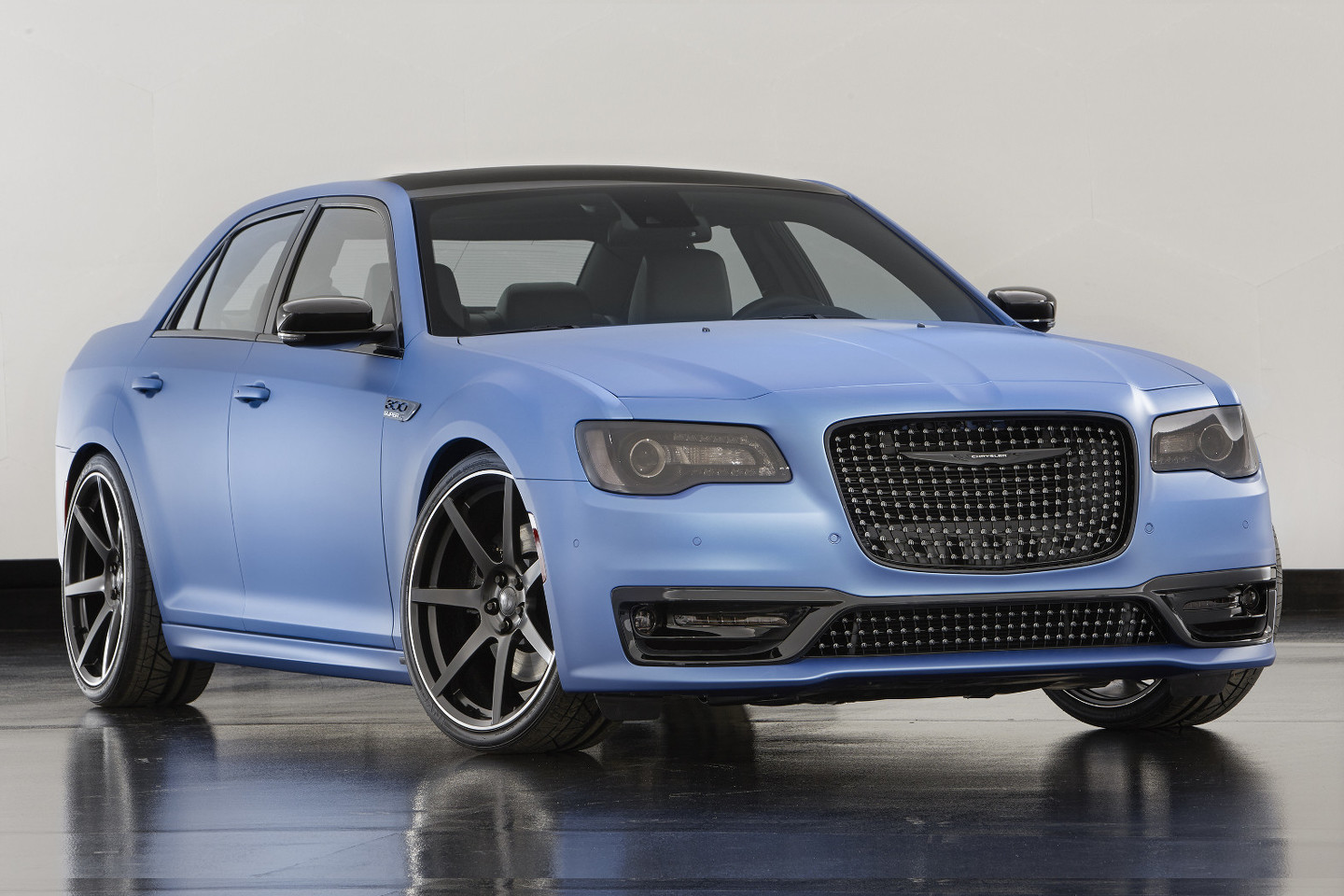 Chrysler has unveiled another HEMI muscle car concept at the SEMA show in Las Vegas, this time based on the tough 300 sedan. It’s called the 300 Super S concept. 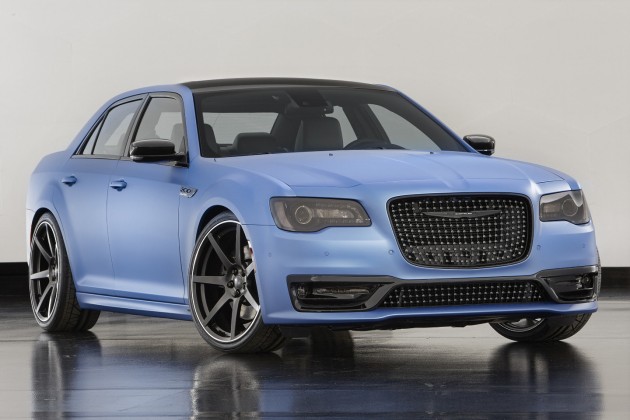 Like the Dodge Challenger concept also making its debut at the big event, the 300 Super S is based on the 5.7-litre HEMI V8 model (not sold in Australia), and not the top SRT.

The team has given the brute sedan the Mopar stage 1, 2, and 3 upgrade package for the engine, which includes ported heads, bigger exhaust manifolds and high-flow catalytic converters, and some computer tuning to lift power from 271kW and 527Nm, to 326kW and 586Nm.

One would argue the 300 is already one of the meanest-looking modern sedans on sale, however, Chrysler has dressed up the model nicely to give it even more street cred. A set of dished 22-inch black alloy wheels enhance its stance, while various trimmings have been replaced by black items for that dark contrast.

Some changes have also been made to the interior, with Katzkin leather and blue stitching, special door sill plates, and a sporty flat-bottom steering wheel added in. A unique T-shape gear shifter is also installed.

Of course, Chrysler isn’t planning to put the 300 Super S into production. But, buyers can option for most of the parts via the Mopar sub-brand catalogue.