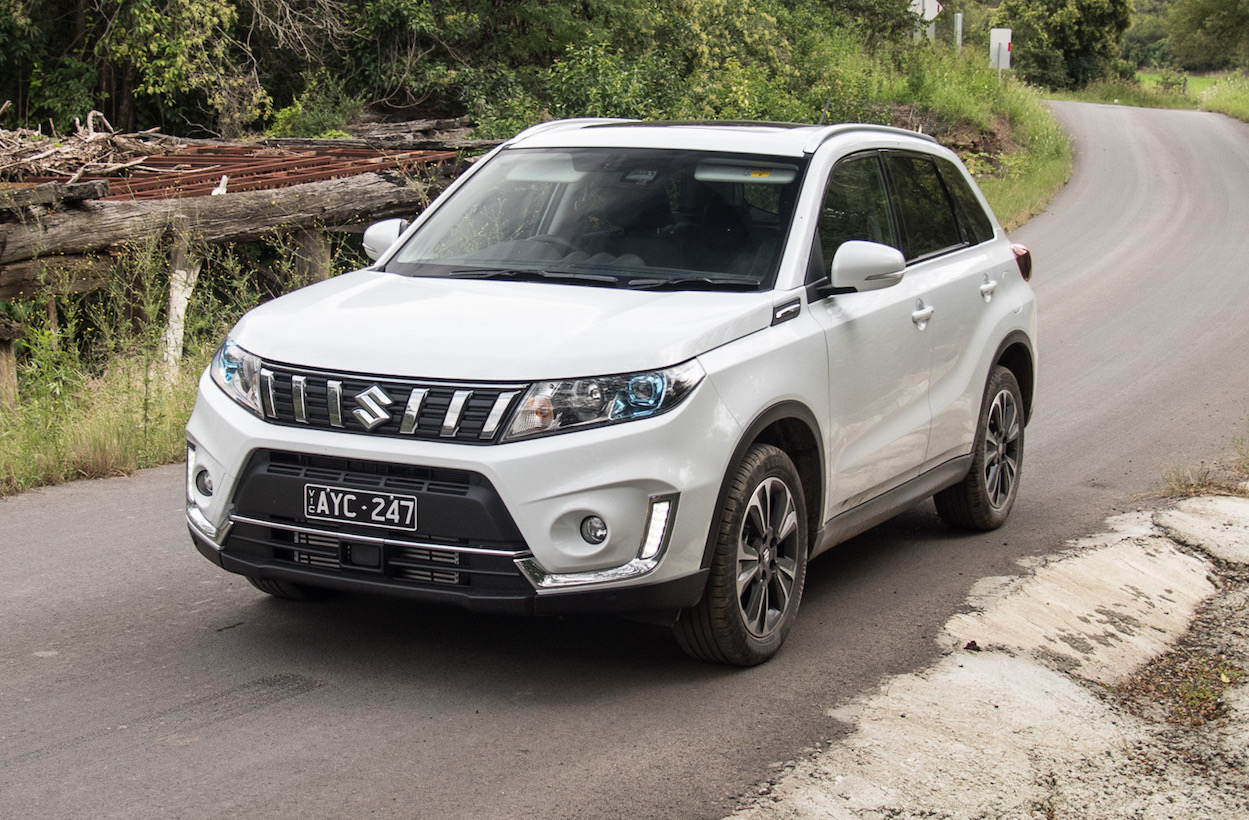 If you’re after a nice piece of transport that’s reliable, practical, and very economical, but you wouldn’t mind some fun thrown into the mix, you’re looking in the right place. The 2019 Suzuki Vitara Turbo AWD seems to promise exactly that. 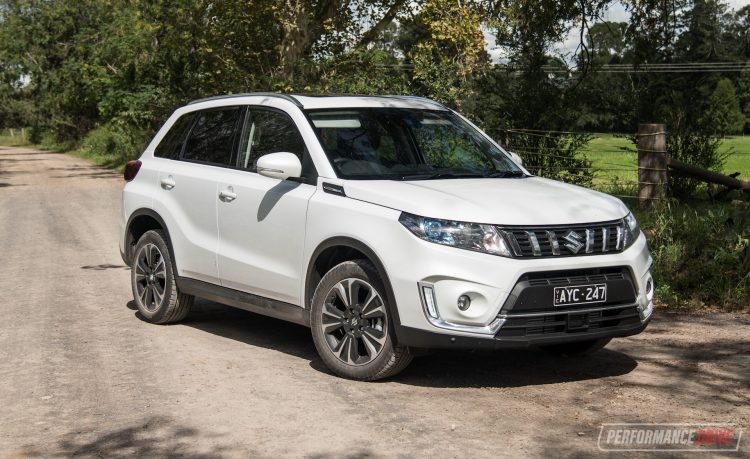 Suzuki Australia introduced the facelifted Vitara range early this year, known as the Vitara Series II. No major changes were brought in, but that’s okay as last year’s model was as near-perfect as you can get for this specific style of vehicle in our opinion. However, some light styling and technological updates have been announced to keep it fresh.

Three versions are on sale, from the base Vitara 1.6L petrol (manual and auto), to the auto-only 1.4L Turbo with front-wheel drive or the flagship Vitara 1.4L Turbo ALLGRIP (all-wheel drive). Prices start at $22,490 for the base model, and top out at $33,990 (as tested, excluding on-roads). 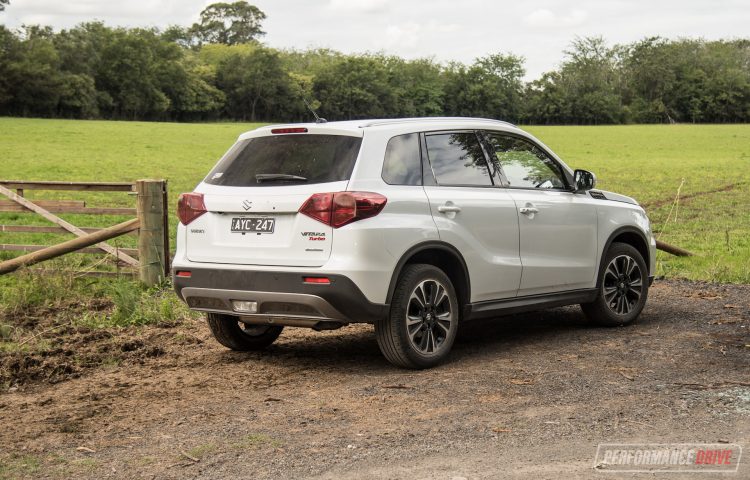 Suzuki hasn’t really made any drastic revisions to the interior for Series 2. Though, the driver now views a 4.2-inch TFT digital screen in between the two gauges within the instrument cluster. There’s various displays to go through, including real-time g-force, real-time power and torque, and the screen also presents animations for the selectable drive modes.

Aside from that, it’s pretty much the same in here as the previous version. But that’s not necessarily a bad thing. This remains one of the most user-friendly and practical interiors of this segment we think. The way the centre console is laid out with cup holders, a storage box, and additional trays, and then simple controls on the dash, it’s all very easy to navigate and store your things. 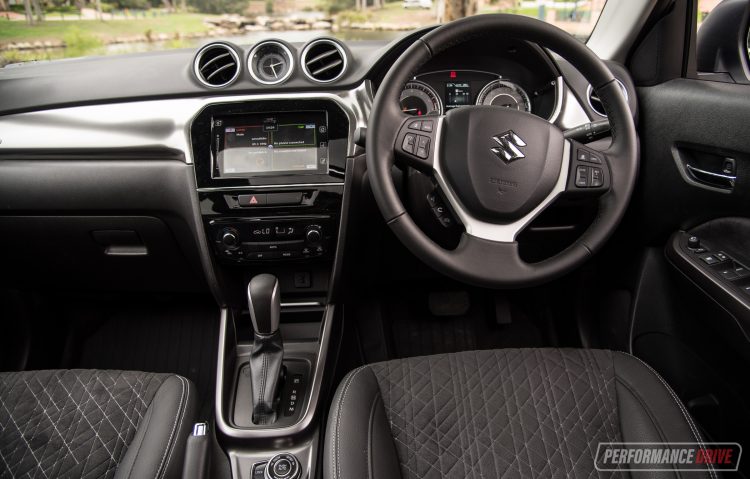 Passenger space in the front is good, with high-mounted seats giving you that raised up driving position that attracts buyers to SUVs. The body sits a nice distance above the ground too (185mm of ground clearance), and pair that with the high-mounted seats and you’re left with one of the easiest cars to get in and out of.

You won’t find that intimate, hunkered down driving position like you do in some rivals, such as the Mazda CX-3 and Toyota C-HR. But that’s not what this car is about. It’s about simplicity and ease of use. The three-spoke steering wheel offers both tilt and reach adjustment, and the buttons are perfectly placed with only the important and frequently-used functions presented. 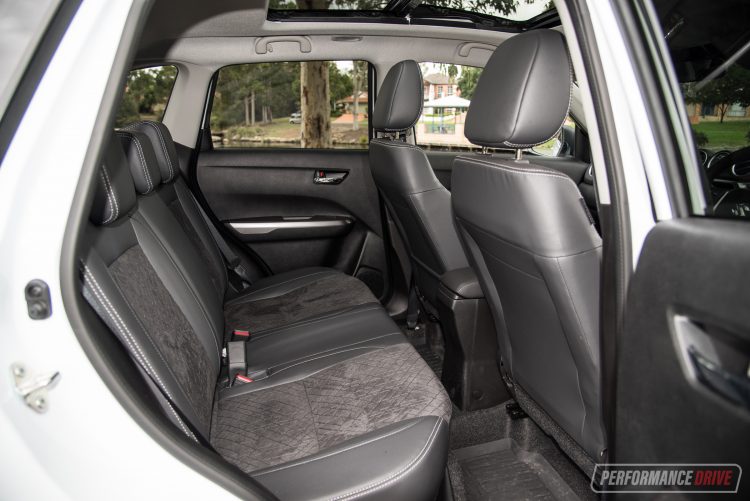 Rear seating is more comfortable than you might think. The bench features a large lower cushion area so it doesn’t feel like you’re sitting on the edge of a step, and the headroom and legroom is very respectable for this class. There are no climate vents in the back of the centre console, but being a small cabin it doesn’t seem to be a problem to manage the overall temperature. Some bottle holders in the doors add convenience. 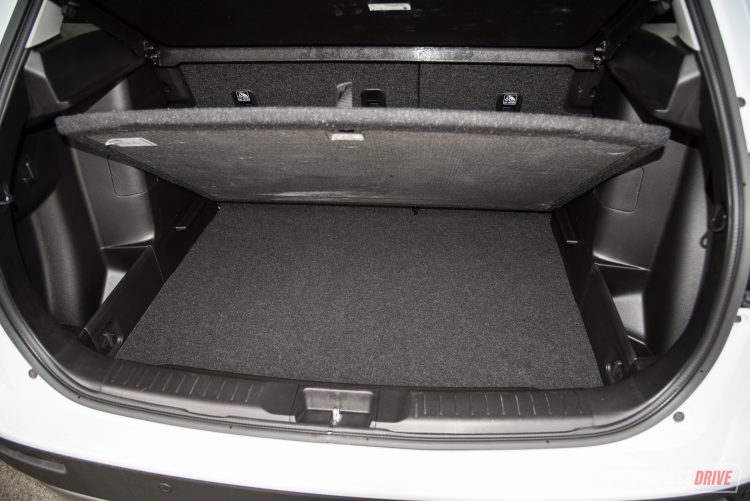 Going for the Turbo variant gets you a… you guessed it, a turbocharged engine. It’s a carry-over 1.4-litre four-cylinder that produces 103kW at 5500rpm, and 220Nm between 1500-4000rpm. These are mind-blowing figures for this class, but that broad torque band gives the Vitara an energetic and versatile ability.

As the peak power rpm suggests, you don’t need to rev this engine to experience its potential. It will happily pull away from side streets and roundabouts in third gear without labour or hesitation. You can use the turbo surge to gather momentum, and it does it rather effortlessly. 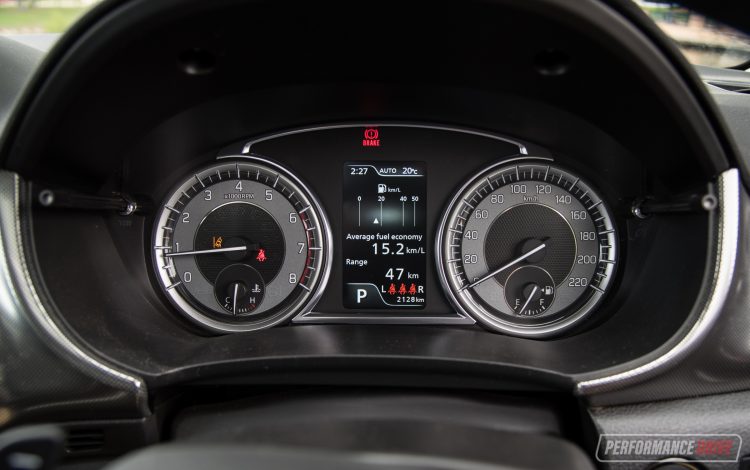 Fuel economy is rated at just 6.2L/100km and we averaged around 6.6L/100km. This is very impressive for an all-wheel drive, and especially for real-world driving. We also timed a best 0-100km/h of 8.62 seconds, which is about the same as our previous AWD Vitara S Turbo time of 8.67 seconds.

Matching the engine perfectly is the six-speed auto. This unit won’t change up too early like some automatics, and it doesn’t constantly kick down to hunt for power. Instead, it walks the line of balance between comfort and sportiness. You can use the manual (M) mode for more interaction. We found the gear selector a little annoying as the M mode is straight below D, which means it is easy to accidentally knock it into M. 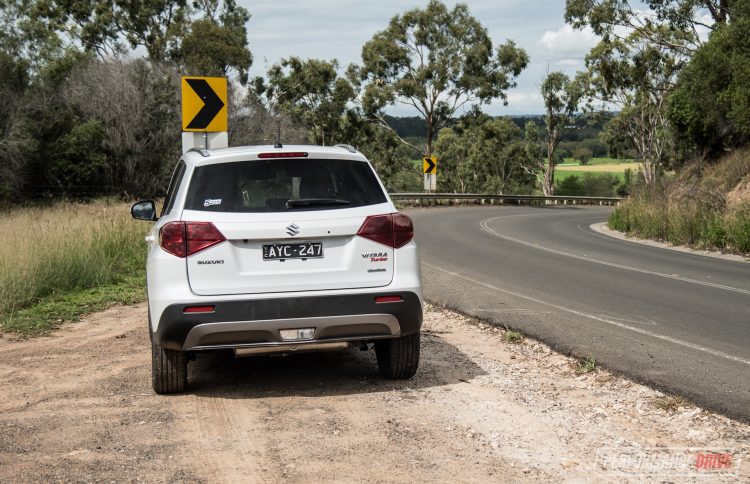 Like the Vitara’s interior personality, this is a very easy car to drive. Visibility is outstanding, and the steering is light and predictable, while a standard rear-view camera reduces any anxieties one might have when parking. The general neat exterior proportions also help when parking as you quickly understand where the edges and corners of the body sit.

And it’s the same story out on the open road. We’d describe this as offering friendly handling. It won’t quite rail around corners like, say, a CX-3, but the way it goes about it, it seems fun and free-spirited. You always get the sense of how far you can push it, with good communication coming through the steering wheel. We guess the somewhat tall 215/55 tyres aren’t really designed for pure corner carving. They do help with off-roading though.

As we found out during the official Australian media launch which coincided with the Jimny launch, the Vitara is surprisingly competent off road. We get the feeling the weakest link is simply the ground and body clearance, and we mean that in a good way. 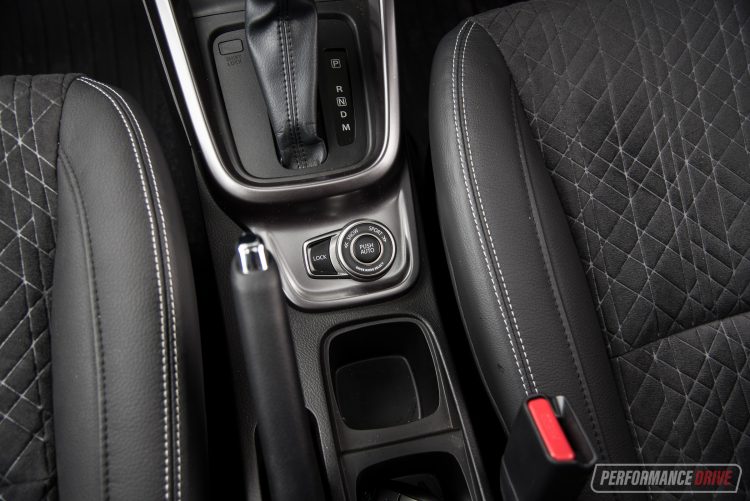 Suzuki’s all-wheel drive system uses what’s known as an ‘on-demand’ mechanism, whereby most of the driving power is sent to the front wheels. But when wheel slip is detected, such as when driving off road, the system loads up and begins to send power to the rear axle.

Drivers can play around with four different modes for this system, including the default Auto, as well as Sport, Snow, and Lock. Suzuki says the Sport mode signals more engine power to be sent to the rear wheels to help with cornering performance. The throttle response is also sharpened up.

Moving into Snow mode, the drive system relies more on the electric stability and traction control systems to optimise traction on very slippery surfaces. And then going further than that, the Lock mode, more torque is applied to the rear axle. Exceeding 60km/h will cause the Lock mode to drop back down into Snow mode. Suzuki doesn’t specifically say that it works like a locking centre differential, but the wording seems to suggest so.

As far as small SUVs go, especially crossovers and light SUVs like this, the Vitara is more than capable of eating up rough dirt roads for that odd weekend away. It also performs well in slippery conditions, such as on snow and wet roads, and for that reason could be regarded as slightly safer than the front-drive versions. To venture further on unsealed roads you need to head over to vehicles like the new Suzuki Jimny. 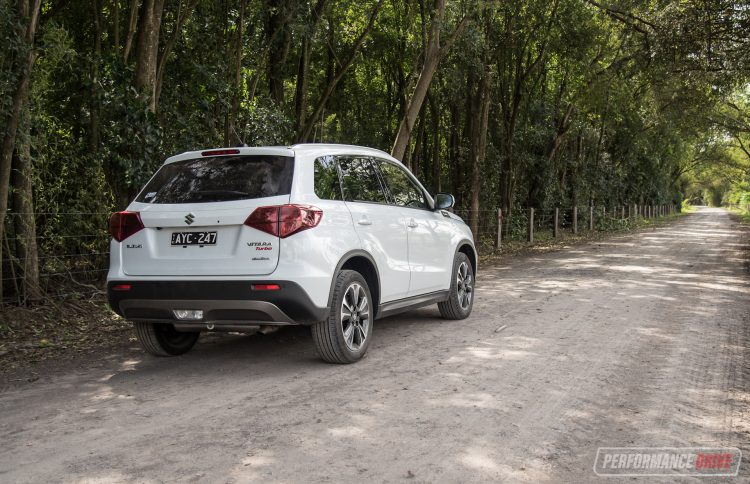 The Suzuki Vitara remains as one of the most versatile and practical SUVs in the class in our opinion. The real-world economy is brilliant and yet the turbo engine offers credible performance. For active lifestyles the Vitara also remains as one of the more capable off-roaders, even though most in this segment aren’t really known for their off-road performance. For these reasons we’d strongly recommend you take a close look at the new Vitara if you’re in this space.

PROS:
– Excellent real-world fuel economy
– Great value for money, especially the lower grades
– Surprisingly capable off road
– One of the most user-friendly and approachable SUVs on the market
– Decent boot with under-floor storage, special pockets and 12V socket