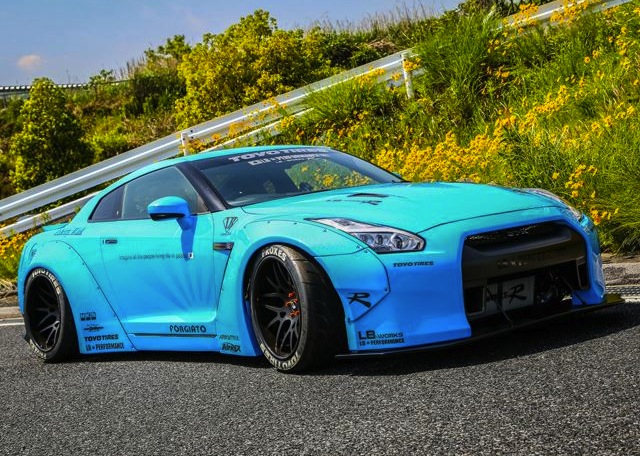 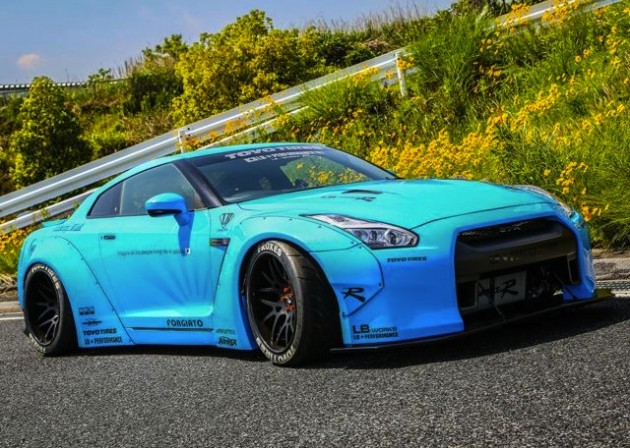 The project is mainly about enhanced styling, so what you’re seeing is a race-like front splitter system with no corner vents to hinder the front end’s aerodynamic efficiency.

Along the sides are a set of low side skirts and hugely pumped wheel arches. A set of Forgiato black alloy wheels sit nicely up in the guards, particularly at the back where they skim the arches.

Around at the back is a chunky diffuser setup in black to match the front, while on top is a large pointy lip spoiler that is only as wide as the boot lid.

As some final touches, the Liberty Walk Nissan GT-R is given a fresh coat of Baby Blue paint and smattered with tuning decals and graphics.

In terms of engine performance, it looks like it has a 1000hp. However, at this stage the engine merely comes with a titanium Armytrix F1 Valvetronic exhaust system, with a special button-operated valve which alters the flow and sound of the engine.

Considering the GT-R is able to crack 0-100km/h in 2.7 seconds, who needs engine tuning? This is sure to attack loads of attention everywhere it goes.

Click play below to see and hear this beast on the road.