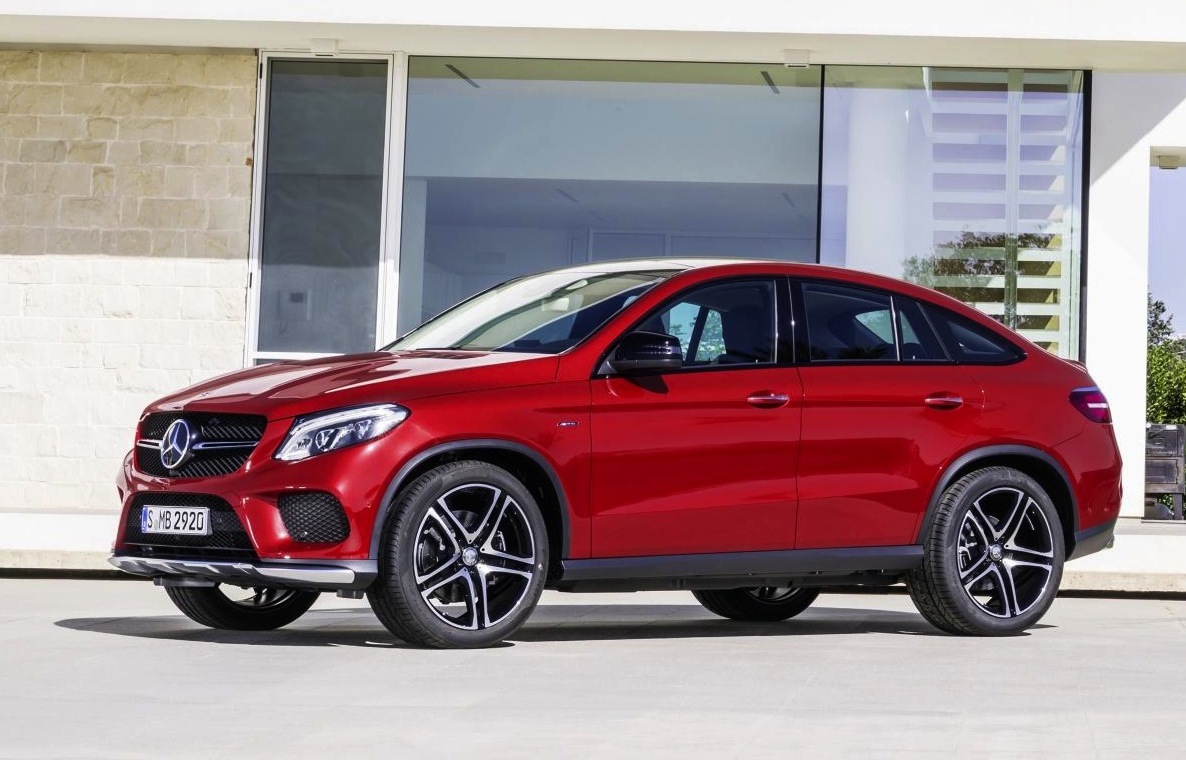 Following the report from earlier today, Mercedes-Benz has gone ahead and unveiled the all-new GLE Coupe. The new model gets the company’s 9G-Tronic nine-speed auto, and debuts the new AMG ‘450’ bi-turbo V6 engine. 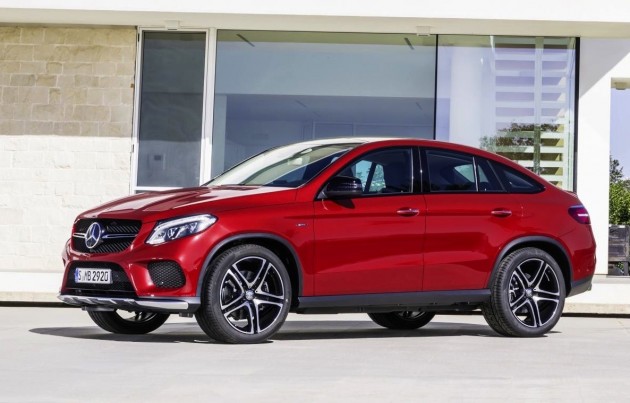 All variants are matched up to a 9G nine-speed automatic transmission with 4MATIC permanent all-wheel drive. The two entry models use a 50:50 torque split between the front and rear axles, while the AMG uses a 40:60 front-to-rear split for a more sporty drive character.

Drivers can select between various driving modes via a new Dynamic Select system, enabling comfort and sport settings, and Sport + for the 450 AMG. These modes alter the behaviour of the transmission and new Airmatic air suspension system which is continuously variable for the first time.

For the 450 AMG model, this is the first car to fall under the company’s new AMG Sport sub-brand. It showcases a number of new technologies for Mercedes. Tobias Moers, chairman of the board of management of Mercedes-AMG, said,

“The GLE 450 AMG Coupe is our first sports model, and further highly emotional and performance-oriented models will follow in the near future. The new product line from Mercedes-AMG has allowed us to make true sports car technology and the fascination of motorsports more accessible. Every vehicle from Affalterbach honours the brand promise of Driving Performance.”

It comes with a bespoke bodykit and aero styling compared with the rest of the GLE models, including a more aggressive front end and spoiler system, a rear spoiler, and a set of 21-inch 5-twin-spoke alloy wheels wrapped in 275/45 front and 315/40 rear tyres. 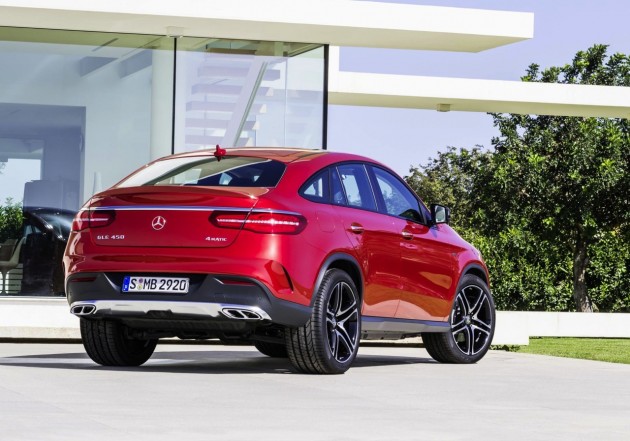 Mercedes-Benz has changed the naming structure of its SUV models and says the GLE Coupe is the E-Class-size SUV. The ML will soon be renamed the GLE, while the GLC will become the next GLK at C-Class size (not sold in Australia). The flagship GL-Class will become the GLS.

Australian specifications and prices are of course yet to be announced. It will go on sale some time after mid-2015, after its full debut at the 2015 North American International Auto Show in Detroit next month. A proper ‘GLE 63 AMG’ is expected to arrive some time later down the track.