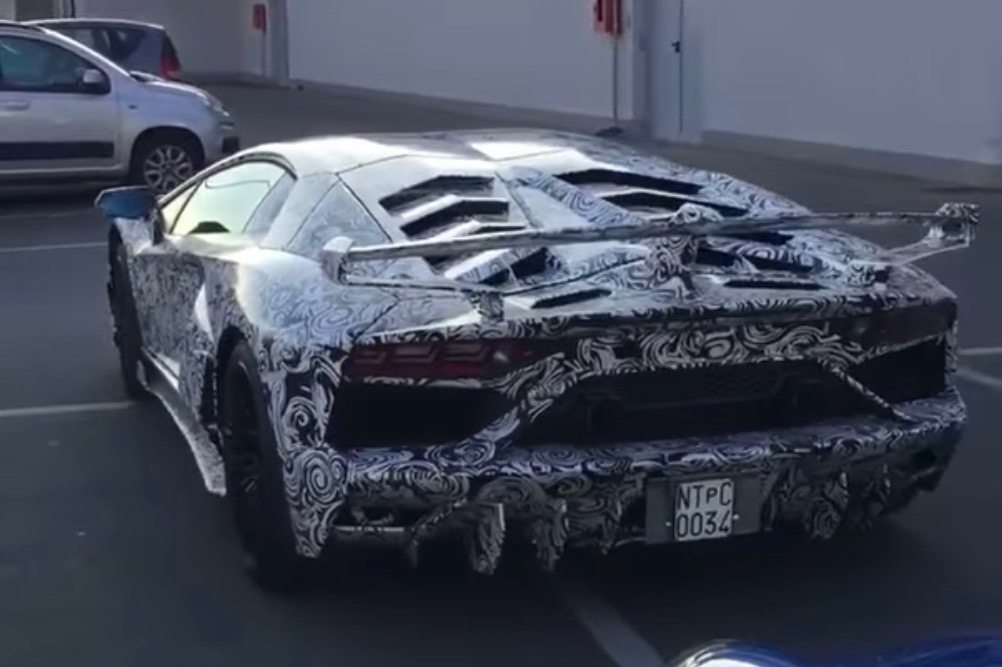 Some footage of what is believed to be the hotted-up Lamborghini Aventador ‘GT’ or ‘Jota’ has surfaced online, giving us a preview of the striking aero package that will be presented. 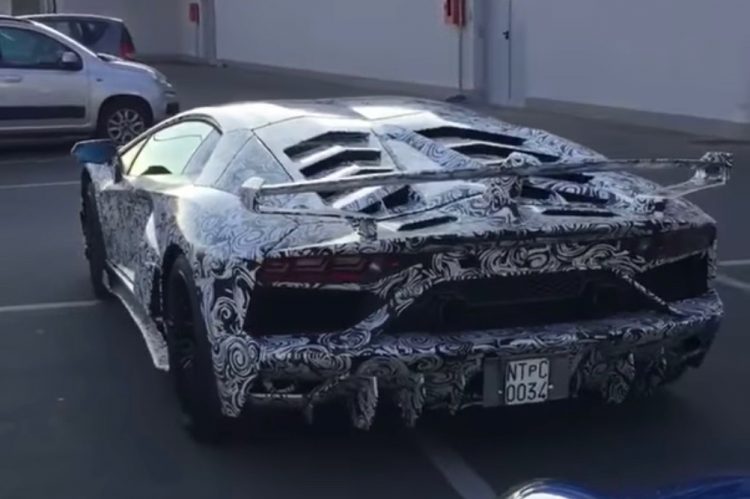 The name of the model is yet to be confirmed, but rumour has it Lamborghini could adopt the name Aventador Jota or more simply the Aventador GT. Either way, it looks like it will show off a very serious aero kit, extending on the facelifted Aventador S introduced last year.

At the front you’ll notice a low and further extended splitter with multiple levels and intakes, while the rear adopts a more extreme diffuser with massive fins, a big wing mounted on struts, and relocated exhausts that poke out directly behind the engine in the middle of the bumper bar.

Like the Huracan Performante, which has set the Nurburgring production car lap record, the Aventador Jota is likely to utilise active aero features to help it make the most of the rushing air flying over and under the hypercar. This should help to give the big dog improved grip and agility.

As for the engine, it will likely be boosted to produce more than the Aventador S’s 544kW output. The 6.5-litre naturally aspirated V12 is expected to continue, but with tuning to the exhaust and engine computer we could see power creeping up near the 800PS mark. Whatever it produces, the 0-100km/h time could tumble to around the 2.6 seconds mark.

The body of the new model looks pretty much complete, aside from the camouflage wrap over the top, but this could mean all will be revealed in the coming months. We look forward to seeing the beast in full. Stay tuned.