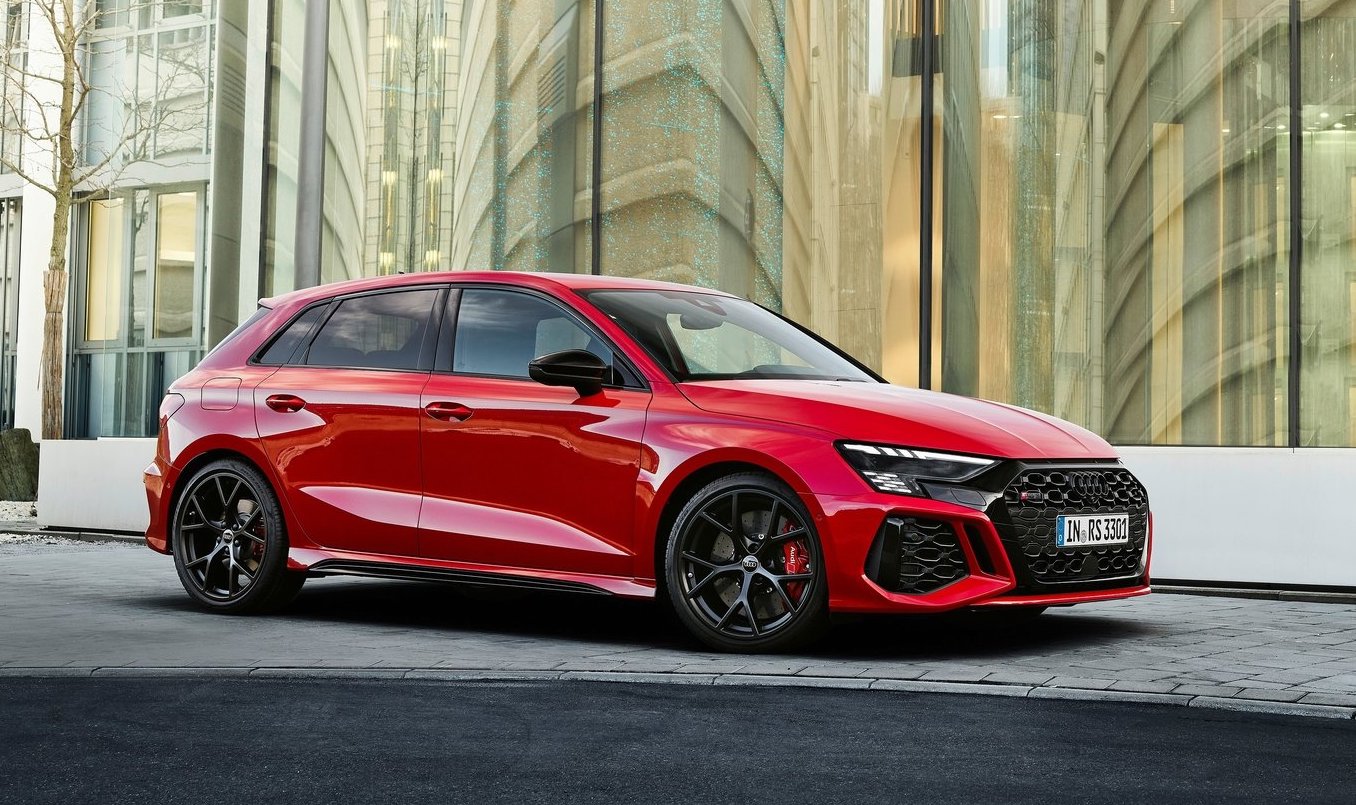 This is it. The new 2022 Audi RS 3, in sedan and Sportback form. It promises 0-100km/h in as little as 3.8 seconds, making it the quickest factory hot hatch ever made. 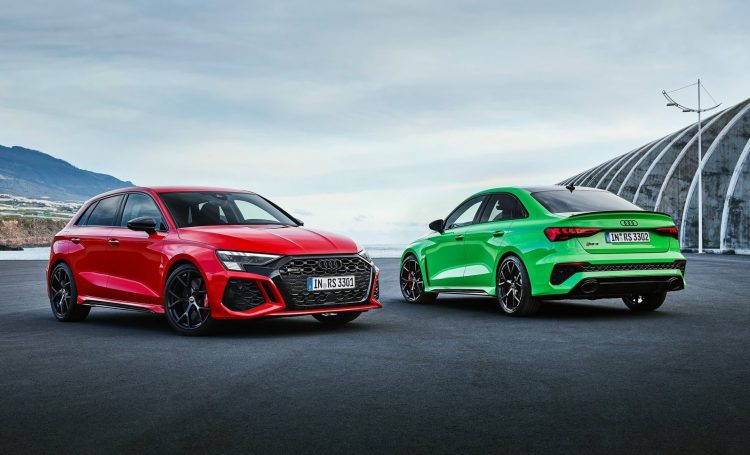 As previously confirmed, the new model is propelled by a revised 2.5-litre turbo-petrol five-cylinder engine. It carries over the same 294kW power output as before, but torque is boosted from 480Nm to 500Nm. That helps to see that 0-100km/h sprint cut by 0.3 seconds. The top speed is also 290km/h with the RS Dynamic pack option (250km/h limiter as standard).

In any case, all of that grunt is sent through an interesting quattro all-wheel drive system that features a new “torque splitter” system. It replaces the previous multi-plate clutch rear differential, instead consisting of two multi-plate clutch packs on each rear axle. So that’s kind of like having a differential on each axle. What’s the benefit of that? Well, it allows more control of the power distribution between the rear wheels.

Which leads us to another interesting function. Yep, drift mode. Audi has long seen oversteer as the anti-christ, it seems, but now it is coming around to the idea of sideways fun. In drift mode up to 100 per cent of the engine’s power can be sent to the outside rear wheel. This essentially helps push the back end out, as well as tucking the nose in. 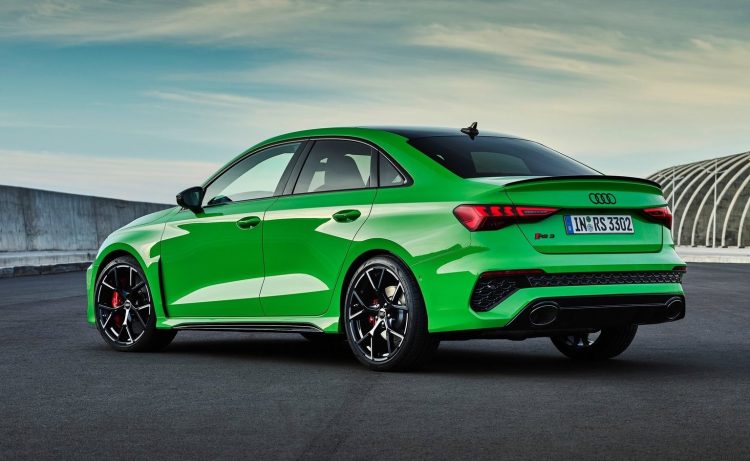 Audi has made various changes to the suspension setup for the new model as well, adding new dampers and valve system, and buyers will be able option for adaptive control. More camber has also been added to the wheels for improved grip and response.

Providing the braking is a set of larger brakes with new six-piston calipers on the front, with optional carbon ceramic discs to be available. Audi says it has also revised ducting for the brakes which it says helps to reduce cooling times by 20 per cent over the previous setup.

As for the design, well, we’ve all kind of seen it in previous teaser photos. You get the traditional neat aero kit, bespoke front grille, and set of 19-inch alloy wheels. There’s also a tidy diffuser at the back which envelops the trademark quad-outlet sports exhaust system. 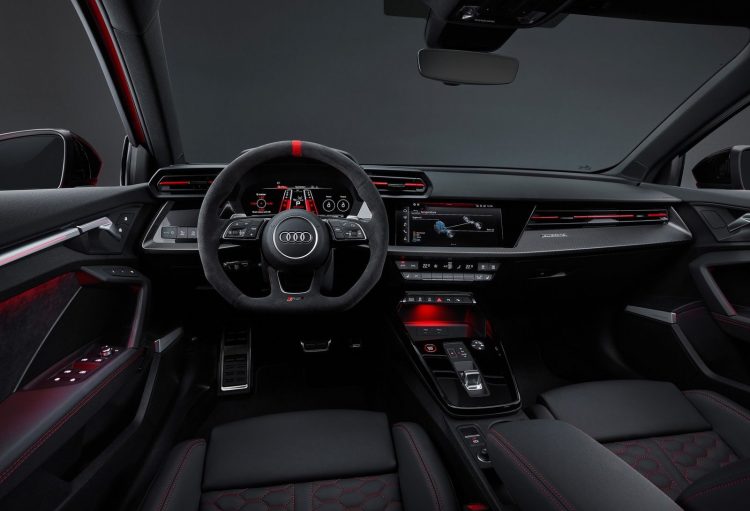 Inside, front passengers are treated to special RS bucket seats and the driver plays with a racy flat-bottom steering wheel. There’s a 12.3-inch digital instrument cluster as standard, providing various display modes, and on the dash is a 10.1-inch touch-screen. Audi is launching an ‘RS Monitor’ app that provides cool features such as 0-100km/h timers and g-force gauges to top it off.

Audi Australia confirms the new RS 3 Sportback and sedan are scheduled to go on sale locally in the first half of 2022. Prices and local specs will be announced closer to launch.