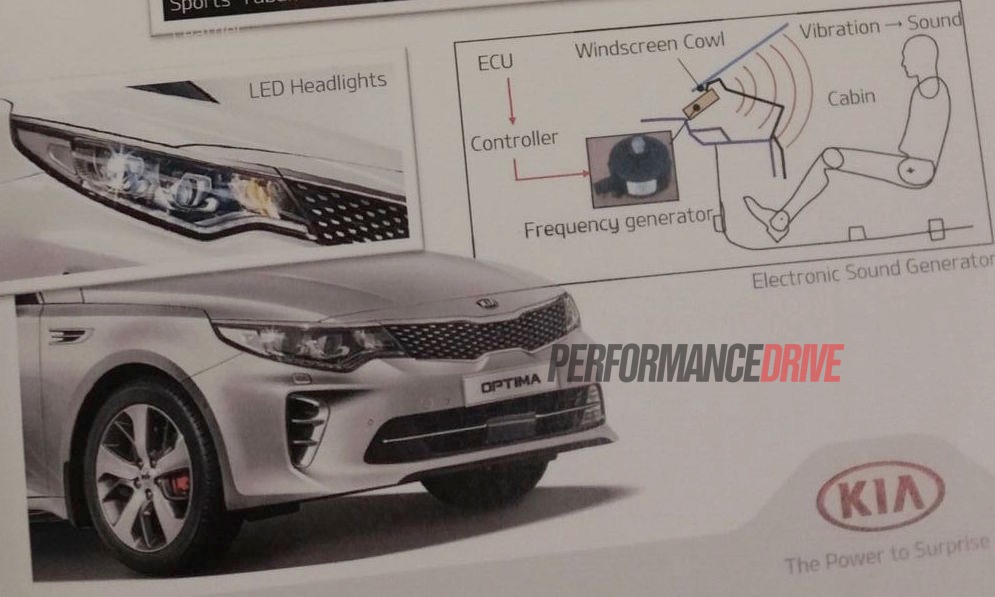 Kia Australia will soon launch the MY2017 Optima bringing a number of subtle updates, PerformanceDrive has learnt. 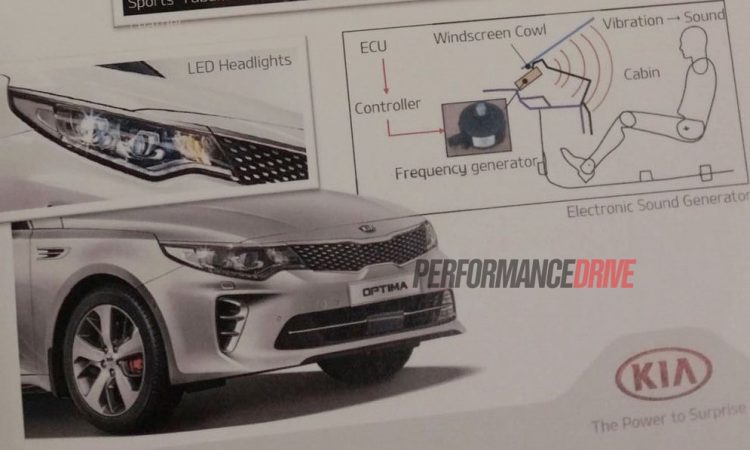 According to leaked documents, the MY17 Optima will be offered with more premium interior features including optional sports bucket seats in leather, in a tubular pattern, in either black or red. Some other minor trimming updates are also likely.

We understand the updated model will also debut an Electronic Sound Generator in the cabin, a first for Kia. This tool will provide an enhanced engine sound for the passengers via the ECU, a frequency generator, and vibrations sent up the windscreen.

Fake engine sounds have, in the past, been more annoying than pleasurable in our opinion. A number of manufacturers offer similar technology, including Peugeot, Ford, and BMW.

In other areas, the MY17 is set to come with advanced LED headlights to give it a classier look while also improving safety during night driving. By the looks of it LED daytime running lights will continue to boarder the lower binnacle.

There’s been no confirmation yet if Kia Australia will get the new Optima Sportswagon, which will arrive in Europe later this year. An official announcement on the MY17 model is expected very soon.